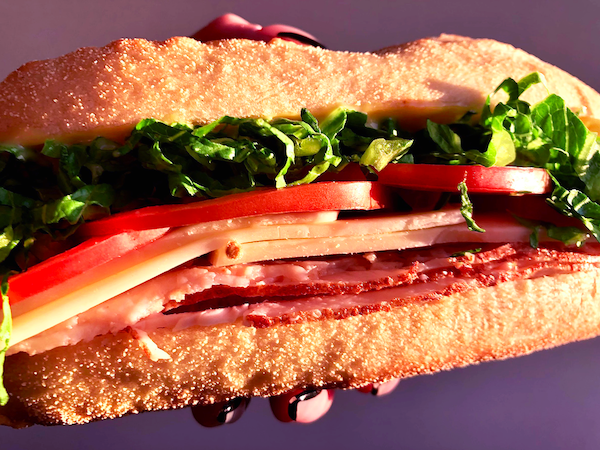 Torpedoes Sub Shop is slated to be the latest of several restaurant concepts Trolley Eats will offer when the sub shop goes live in mid-January. The ghost kitchen, which launched in December, plans to add more concepts to its lineup in the future. (Images courtesy of Trolley Eats)

As all three wings of its business have been getting shellacked by the coronavirus pandemic, a local vending company is looking to the ghost kitchen concept to ride out the storm.

Trolley House Refreshments, which provides breakroom and vending refreshments for workplaces, launched Trolley Eats in mid-December. Trolley Eats operates a handful of restaurant concepts without a physical dining space, a relatively new culinary concept known as a ghost kitchen. The model relies strictly on delivery service, and it has become increasingly popular in the Richmond area in recent months.

Trolley House owners Scott Halloran and Michael Calkins hit on the ghost kitchen idea to create a new revenue stream tailor-made for times that are less friendly to their other ventures. Trolley House also owns and operates catering company Groovin’ Gourmets and Parterre Restaurant at The Linden Row Inn downtown.

“We’re kind of in the bull’s eye of COVID across our business sectors. People aren’t in offices and we can’t do catering,” Halloran said. “We didn’t want to lay down and wait. We decided to follow the ghost kitchen trend.”

Pulling off the pivot, which entailed the creation of new menus and branding for Trolley Eats’ initial six restaurant concepts, was a big lift. But the company was in a good position to get the idea off the ground between its existing commercial kitchen at its 45,000-square-foot facility in Henrico County as well as its existing team, Halloran said.

He singled out Chase Seymour, Trolley House’s food service director, and Catherine Carbone, the company’s marketing director, as leaders of the concept’s creation. 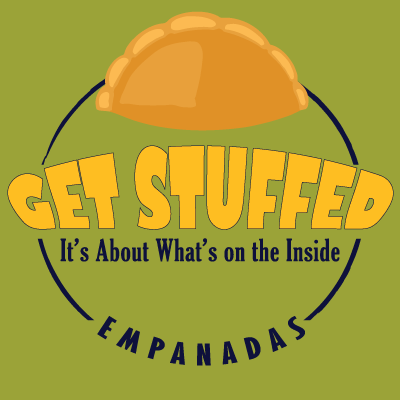 The logo for Get Stuffed Empanadas, one of several restaurant concepts operated by Trolley Eats, a newly minted ghost kitchen in Henrico County.

Halloran said they settled on that spread to offer a wide range of options with the convenience of a single origin point. With multiple menus, the team created items that share ingredients and travel well. He cited duck, which makes an appearance on the menus of both Parterre Express’ and Get Stuffed.

“Food needs to travel well,” Halloran said. “Traditional restaurants design their menus for sit-down dining and then offer it for delivery. You can get French Fries or calamari, but if it’s delivered it shows up soggy or cold. … We tried to look at a few items we keep in house all the time and build a menu around that.”

Carbone said creation of distinct identities for the concepts was relatively easy, despite a truncated timeline, because they are delivery-only.

“For me, the primary challenge of this project was the speed at which it needed to be developed,” she said in an email. “The overall structure is the Food Hall Brand which houses different restaurants reflecting their own brand identity.”

Carbone said that over the course of two weeks, Trolley Eats cycled through roughly 80 logo drafts before one was settled on.

“Each restaurant is still an individual restaurant brand that could feasibly become an actual brick and mortar destination in the future. Because they are not currently a physical location, the design process was drastically simplified by only needing a logo and color system. As a creative, Trolley Eats has really allowed me to think outside the box with added playfulness,” she said.

Halloran said he expects catering will make a comeback and Trolley House continues to operate. However, its business is down about 40 percent from before the pandemic.

Trolley House was founded by Halloran and Calkins in 2011. They bought Groovin’ Gourmets in 2016. Trolley House has its kitchen and headquarters facilities at 8501 Sanford Drive in Henrico.

Trolley House’s entry into the ghost kitchen space comes amid the launch of similar outfits. Dunharrow Concepts, which operates out of Hatch Kitchen RVA, has rolled out three restaurant concepts since it first launched in June. Seth Goulston, a sous chef at the Jefferson Hotel, recently launched his own ghost kitchen called Field to Fire.

You can also order off their own Trolley Eats website and pick it up. TrolleyEats.com