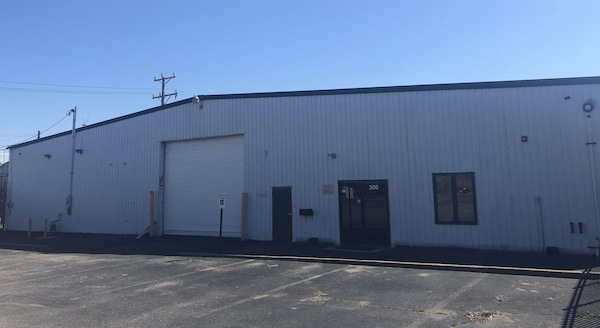 Tesla is adding to its local footprint with a warehouse in Manchester. (Mike Platania photo)

Tesla’s Energy Operations division is preparing to open a warehouse at 300 Stockton St. in Manchester. The California-based company is leasing about 19,500 square feet, according to city documents.

The company’s solar and energy division offers solar panels, solar shingles, and batteries and inverters for both commercial and residential solar roofs, per its website. The division operates separately from Tesla’s electric car business, which arrived in Richmond in 2017 when it opened a store on West Broad Street in Henrico.

Last week, Tesla filed a Certificate of Zoning Compliance for the building — a preemptive step often taken by businesses to ensure their planned use for a building fits with its zoning.

A certificate of zoning compliance filed with the city states that Tesla is planning to use the property for the “installation and service (of) solar and energy products.”

Tesla did not respond to requests seeking comment by press time.

Tesla’s warehouse is a block southwest of the Caravati’s architectural supply warehouse, which, as of a month ago, was under contract to a mystery buyer.

“Shares of Tesla Inc. fell for a fifth consecutive session on Monday, caught in a tech-led selloff that has wiped more than $244 billion off the company’s market value over the last month. The weeks-long selloff has reduced Musk’s wealth by $43 billion as of Friday, according to Reuters calculations.”

(Mr. McDonald may want to get some of his rent in advance.)

TSLA has gone up 20% since your comment, which means they’ve dropped to an abysmal 422% gain for the last 365 days.