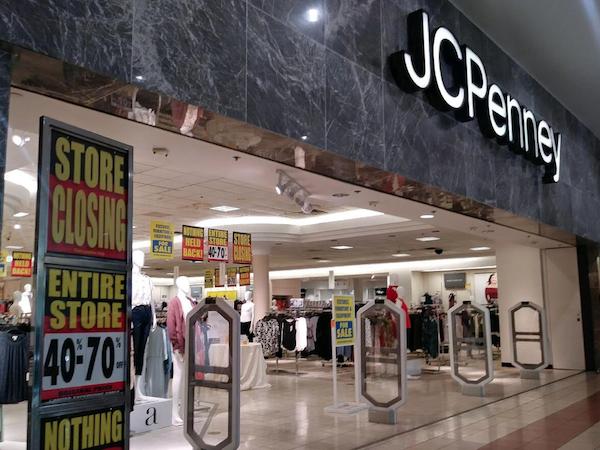 JCPenney recently announced it plans to permanently close its store at Virginia Center Commons in May. (Jack Jacobs photo)

Several months after selling its Virginia Center Commons store to the mall’s new owners, retailer JCPenney has announced it plans to permanently close the location in May.

The May 16 closing will bring an end to the retailer’s almost three-decade run at the Henrico County mall, the bulk of which is owned by Rebkee Co. and Shamin Hotels and is in the early stages of being transformed into a new mixed-use development.

“The decision to close a store is never an easy one. We are grateful to our dedicated associates and the loyal customers who have shopped at our Virginia Center Commons Mall location for the past 27 years,” a JCPenney spokeswoman said in an email Monday.

The retailer’s space at VCC was acquired by Rebkee and Shamin in January for $3 million. The 97,000-square-foot building sits on roughly 7 acres.

The closure comes as demolition has begun of other sections of the mall, the first step in a years-long project that will eventually feature an indoor sports and convocation center as well as a hotel, residential units and retail space.

Steven Bonniville, who is the president of the mall’s management company Broad Sky Management, declined to comment on plans for the future use of the JCPenney space.

Rebkee has followed a similar script in regard to the now-closed JCPenney store at Regency, which it and co-owner Thalhimer Realty Partners are redeveloping as a mixed-use concept.

Rebkee and Thalhimer spent $3.1 million to buy the JCPenney building at Regency in November. Broad Sky also manages Regency, and Bonniville declined to comment on the future of the JCPenney store there.

The Texas-based retailer filed for Chapter 11 bankruptcy protection in May due to fallout from the coronavirus pandemic and has closed stores across the country as part of its restructuring plan.