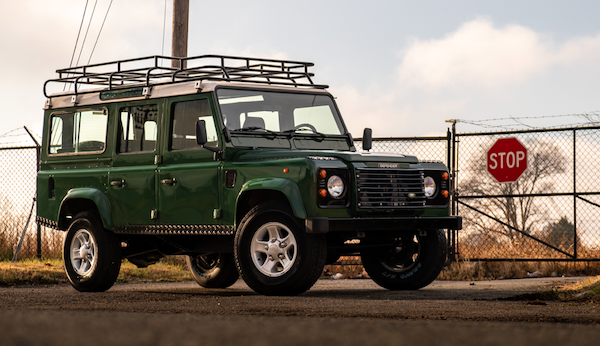 With a newly purchased building in hand and a six-figure facelift for the property in store, Devin Weisleder and his Land Rovers are set to roll into Scott’s Addition.

“The plan is to make this space almost like a showroom for the trucks and an office for me,” said Weisleder, who bought the building for $365,000 earlier this month. “Scott’s Addition has grown by leaps and bounds and I thought it’d be a fun place to showcase these vehicles.”

The renovated property will feature large windows to show off the luxury sports-utility vehicles, and also serve as a headquarters for Neo-Classic Cars and Weisleder’s other business, EcoKind Pet Treats, an online dog treats retailer.

Weisleder said he hoped to have the space renovated by the end of the year. Dominion Construction Partners is handling the renovations.

Neo-Classic Cars only sells used Defenders and it has sold about 400 of them since Weisleder founded the business in 2013. He imports trucks that are 25-plus years old, though will also occasionally buy Defenders that were sold in the United States between 1993 and 1997.

“Land Rover stopped exporting them to U.S. dealers in ’97 when the Department of Transportation said all vehicles after ’97 had to have airbags. Land Rover sold so few Defenders in the U.S. at that time that rather than change the design, they just stopped offering them in U.S. dealerships,” he said.

Weisleder leans on a network of international wholesalers and contacts who help him line up Defenders to import into the U.S. He also builds and repairs them with the help of a Cartersville auto shop that specializes in Land Rovers.

“I sell these trucks as a hobby despite selling 25 to 30 a year and being a licensed dealer. I come home with a new truck every month and my young son and daughter think I’m a superhero,” he said. “It’s a fun process. You get to be creative.”

Clients are usually people in higher income brackets, and Weisleder said the business didn’t take much of a hit during the pandemic.

“We’re flat year over year. The clientele tend to be people who have more disposable income. I’ve worked on trucks that are six figures that go out to the Hamptons and Nantucket and the like,” he said. “This really has not stopped.” 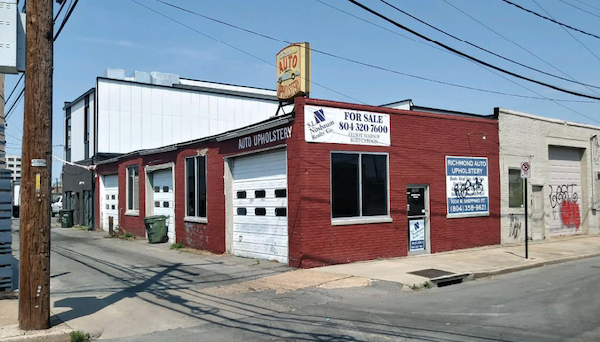 The auto upholstery shop at 1004 N. Sheppard St. recently changed hands for $365,000. The new owner plans to use the space as a showroom for his used Land Rover Defender import business. (Jack Jacobs photo)

Weisleder latched onto the idea of the Land Rover import business after he got on the wrong side of U.S. customs when he tried to import a Defender for himself from the United Kingdom in 2013.

“I didn’t know any of the rules on importing vehicles and this truck broke every rule in the book,” he said.

After thousands of dollars in legal fees, Weisleder was able to smooth things out by returning his truck to the U.K, where he was able to trade it for two less-expensive trucks that met the import requirements of the U.S.

“At that point my wife wasn’t talking to me, but I was able to sell one in a week and it occurred to me maybe there is something here. It was an expensive tuition though on how to complete the process properly and legally,” he said.

The Scott’s Addition building will replace a 5,000-square-foot warehouse Weisleder rents at 1801 Ellen Road near The Diamond. That space is also the headquarters of EcoKind, which he runs as his day job. The dog-treat company also has a warehouse in Ashland.

Though Neo-Classic Cars will have a more visible local profile with the new space, Weisleder doesn’t plan to pivot into a walk-in dealership model. He plans to continue to sell the trucks, which he imports from all over the world, through online sales. He said he might incorporate limited by-appointment meetings with customers at the new space.

Weisleder launched EcoKind in 2012, after a pet chew company CEO suggested over lunch that Weisleder sell the company’s bully sticks on Groupon, where Weisleder was selling baby items at the time.

“From there, it grew to 50-plus SKUs and became a viable, substantial business shortly thereafter,” Weisleder said.

EcoKind sells treats, bully sticks, antlers and bones for dogs. The company doesn’t have any employees, and Weisleder outsources the work needed for everything from marketing and production to accounting.

He bought the Scott’s Addition property from James and Linda Wegscheider. The property was most recently valued at $139,000. Elliot Warsof and Reid Cardon at S.L. Nusbaum represented the seller in the deal.

The building is next door to brewery-restaurant-arcade combo Bingo Beer Co., which opened at 2900 W. Broad St. in 2018. The property is also near tea shop T-Caf, Salon de Thé and sushi spot Fighting Fish.

Congratulations on this next step in your business. What a great story and business idea(s). Entrepreneurship at its finest. Wishing you continued success and prosperity.

Congratulations and welcome to the neighborhood!

I was happy to find Ecokind through this article. I just ordered some antlers for our pup and I’m happy to support local while doing it!