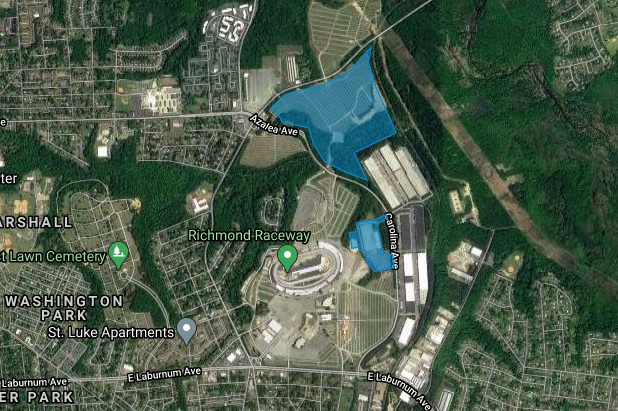 The larger of the two deals land-wise involved the sale of an undeveloped 120-acre plot at 5901 Richmond Henrico Turnpike. It sold for $7.7 million to Dallas-based Hillwood Enterprises.

The acreage represents about half of the land Hillwood is looking to build on for its planned 2.6 million-square-foot industrial complex, codenamed Project Speedway.

Plans filed with the county show that Hillwood is seeking to build on a total of 247 acres, with the other half of the project rising across the street at 5900 Richmond Henrico Turnpike. As of press time, county property records show that land is still owned by Richmond Raceway.

Hillwood and Richmond Raceway spokespeople were not available for comment by press time.

Both parcels are undeveloped and used as parking for the Raceway. The site at 5901 Richmond Henrico Turnpike was most recently assessed by the county at $2.9 million. The 5900 property was assessed at $1.5 million.

Meanwhile, about a mile to the south, the Raceway also sold a vacant 223,000-square-foot warehouse at 4300 Carolina Ave. to locally-based real estate investment firm Lingerfelt Commonwealth Partners, which paid $7.8 million for the building. 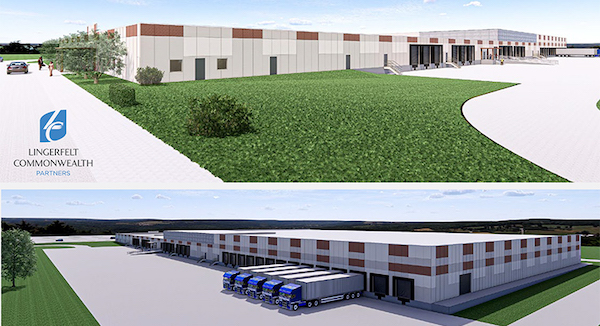 Lingerfelt’s deal includes 18 acres that house the empty warehouse, all of which was most recently assessed by the county at $8.1 million.

Lingerfelt Managing Director Brian Witthoefft said they’re preparing to kick off a $4 million renovation of the existing warehouse later this month, as well as the construction of a 75,000-square-foot, build-to-suit industrial building on the land.

Witthoefft said that they’re in discussions with users for the build-to-suit property, and that about 56,000 square feet of the available 223,000-square-foot warehouse has been leased but they can’t yet disclose who the tenant is.

Richmond Raceway still owns more than 575 acres of land at the raceway and the surrounding area.

The Lingerfelt and Hillwood deals are the latest in a string of industrial action in the region in 2021.

Sauer Properties recently filed plans for a 450-acre industrial center near Richmond International Airport, and down in Prince George, a Tennessee-based developer is working on a sizable expansion of the Southpoint Business Park.

The industrial action has spread north as well, as Lowe’s Home Improvement is working on a 1.1 million-square-foot distribution center along Hickory Hill Road in Hanover.