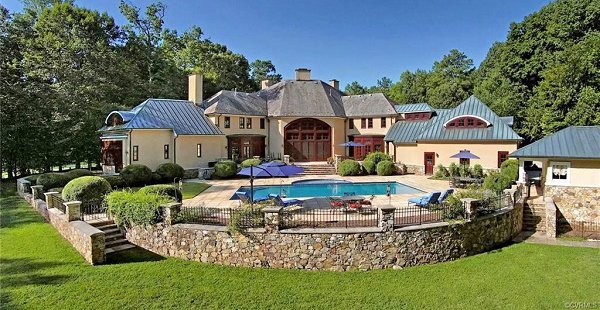 Note: The $2.29 million sale of 2315 Monument Ave. came in as the top area sale for April. The April 19 sale was not reflected in the rankings provided by CVRMLS because the listing had expired before it went under contract.

A local couple’s sale of their home at Hermitage Country Club was among the region’s priciest residential real estate transactions in April, the first month this year without a sale at or above the $2 million mark. 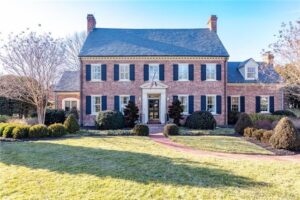 The top sale was 310 Oak Lane, a 5,700-square-foot house in the West End’s Hampton Gardens neighborhood that sold April 30 for $1.77 million. Eliza Branch with Long & Foster Real Estate had the listing,  and Long & Foster’s Margaret Wade represented the buyer.

Coming in at No. 2 was an 8,700-square-foot mansion at 328 Rolling Lake Court, beside the second hole of the Goochland club’s Sabot course. It sold April 29 for $1.76 million. The 4-acre waterfront property in the Broad Run III subdivision had been listed at $1.84 million in mid-February. 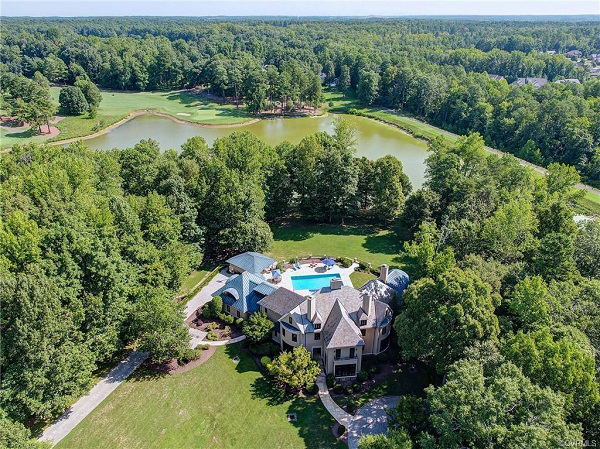 Joyner Fine Properties’ Richard Bower had the listing and also represented the buyer, who was not listed on a county property record last week. The record did not reflect the transaction as of Friday.

The sellers were Kevin and Kirsten Knull, the property record shows. They had owned the property since 2014, when they purchased it for $1.55 million.

The property most recently was assessed by the county at $1.7 million. 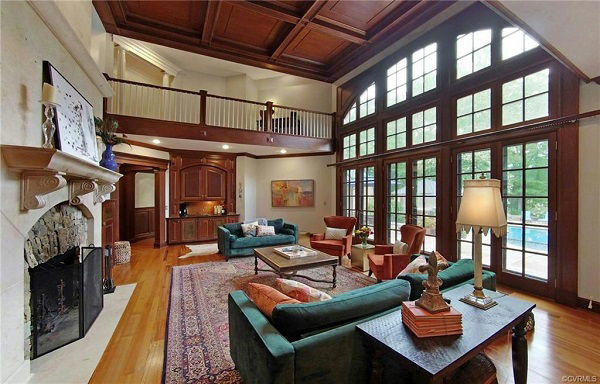 The two-story great room with a floor-to-ceiling window wall.

Kevin is president and chief revenue officer of YCharts, an investment research and analytics platform headquartered in Chicago, and Kirsten is a director with Capital One. When they purchased the home, they were both executives with MoneyGuidePro, a Powhatan-based financial planning software firm that they left in 2017.

Built in 1994 and designed by local architect Mark Spangler, the French country-style house includes five bedrooms, five bathrooms and three half-baths across two and a half levels. It’s situated on a wooded lot that fronts the south side of the country club’s lower lake, just west of Kinloch. 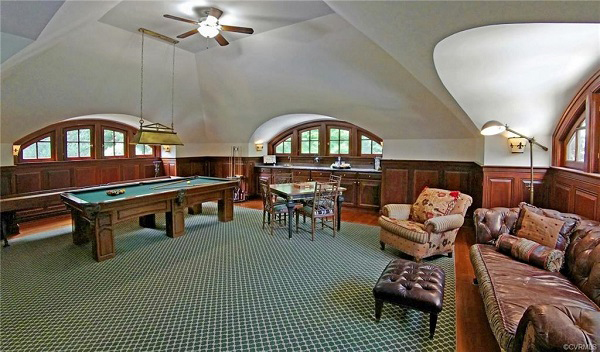 The upstairs includes a rec room, exercise room and playroom.

The foyer features a floating staircase leading to four upstairs bedrooms, as well as a rec room, exercise room and third-floor playroom.

The home also includes a library-office room, a two-story great room with coffered ceiling and floor-to-ceiling fireplace, a wet bar, balconies, and a two-story window wall overlooking the pool and terrace.

Rounding out the top five were, according to the Central Virginia Regional Multiple Listing Service: