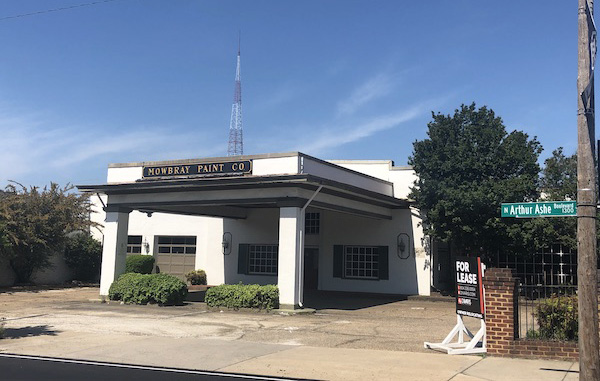 The building on Arthur Ashe Boulevard has been home to Mowbray Paint Co. since 1967. (Mike Platania photo)

Another piece of Arthur Ashe Boulevard has changed hands as a longtime painting company has cashed out of its Scott’s Addition real estate.

The Mowbray family has owned the property since 1967, when it bought the now 121-year-old building and its 0.3-acre parcel for $35,000, city property records show. Before the Mowbrays bought it, the building was a tire retreading facility.

In the over half-century since the Mowbrays bought it, they’ve operated their paint and wallpaper contracting business out of the space, which sits across the street from Bow Tie Cinemas’ Movieland.

The new owner of the 6,800-square-foot building is Carrington Williams, a local businessman who’s already familiar with Arthur Ashe Boulevard.

In 2018, Williams purchased Growlers To Go, a beer shop which had locations up the street at 1017 N. Arthur Ashe Blvd. and also in Short Pump. 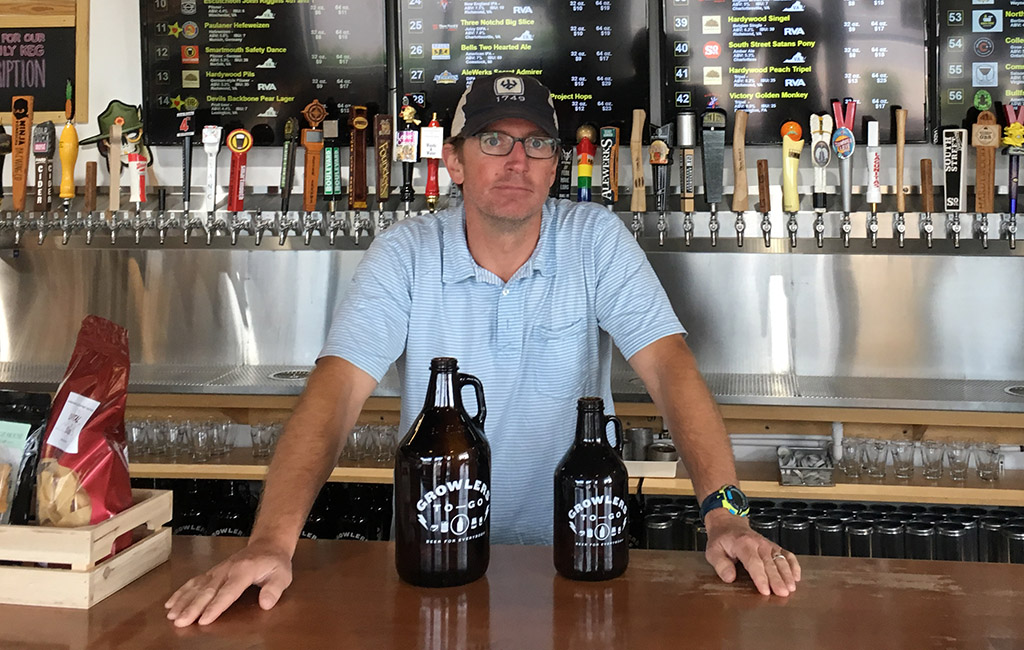 In addition to the beer business, Williams has also dabbled in commercial real estate. Last year, he sold his only other holding at 1702 Belleville St. to Bonaventure Realty Group for $1.4 million. The Northern Virginia-based developer is planning to build more than 200 apartments on the plot.

With the cash from the Belleville deal in hand, Williams said he turned his attention to the Mowbray building.

“I was in a rollover situation and needed to invest the money,” Williams said. “I knew the neighborhood and always thought the Mowbray building was cool.”

Ernie Mowbray III, who now runs the painting business, said they’re in the process of moving to 2506 Gayton Centre Drive in Henrico. Mowbray said they decided to move in part because they didn’t need all of the space they had in Scott’s Addition.

“We’ve been thinking about moving for a couple of years. It had gotten to the point where we were not using much space in that building. It was just storage for family and whatnot.” Mowbray said. “I just said the timing was right.”

Williams is preparing to renovate the building into a new commercial use.

“I think it lays out very well for (a restaurant) because it’s a unique space. It has a large outdoor area out front with a large covered area,” he said. “But it’s a very flexible building. About a quarter of the square footage is a warehouse, so it would be great for a brewery or some light manufacturing.”

Williams added that since the building could easily be converted into a drive-thru, he’s also received interest from some banks and a pharmacy. “Most of the interest we’ve had is restaurant related, though,” he said.

Some light demolition work is on deck for the building and Williams said they’re prepared to build-to-suit for whichever tenant finalizes a lease.

“I’d love for it to not be an office space because I’d love to go into the building and be a patron of whatever business is there,” Williams said. “But like every other landlord, I primarily just want a stable, high-credit, long-term lease.”

Mowbray said he’s seen Williams’ plans for the building and is on board.

“I think they have some excellent ideas,” Mowbray said. “That building kind of marks an entrance to Scott’s Addition from the Boulevard. Now, I think the next repurposing will be just as exciting as when we did it.”

Perretz & Young Architects is designing this phase of renovations and Goode is marketing the commercial space.

Just as he’s looking for an operator at the Mowbray building, Williams is also looking for someone to take over part of Growlers To Go. 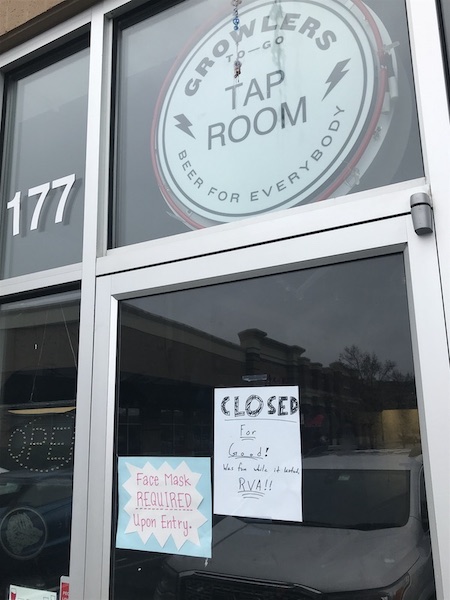 The beer retailer’s Short Pump shop closed last fall when its lease was up, and the Arthur Ashe Boulevard store has been closed since the pandemic set in, though Williams still has a lease on that space through the end of the year.

Williams is still operating the mobile side of the business, offering rentals of beer tap-outfitted trailers. And while demand for the trailer business is picking back up, he is looking for someone to take over the Arthur Ashe Boulevard location.

“I don’t anticipate reopening the doors myself,” Williams said. “The trailer business is going strong. I just didn’t have the heart to keep running the retail after COVID knocked me on my butt.”

The pandemic hit just as Williams was ready to pivot Growlers To Go into serving beer on-premise and begin offering some food. He secured the necessary ABC license to do so in early 2020, only for COVID to derail that idea a few months later.

“It was an unfortunate timing of a strategic shift at the root of the store’s demise under my management,” he said. “There were a lot of reasons I wanted to (pivot the business). I’m confident it was a good decision in the absence of a pandemic.”

Williams is open to subleasing the Growlers space to another business but he said he’d love to see the shop continue on Arthur Ashe Boulevard. The property is owned by Charlie Diradour’s Lion’s Paw Development.

“I’d be thrilled for someone to open it as Growlers To Go,” Williams said. “I’m not looking for it to die.”

That’s always been such a pretty building. I’d love to see a nice restaurant with a patio go in.