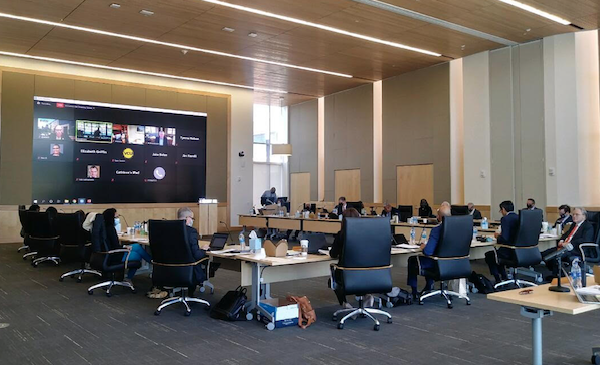 The VCU Board of Visitors approved the university’s budget for the 2021-2022 academic year. (Jack Jacobs photos)

The VCU Board of Visitors last week OK’d a $1.5 billion budget for the university’s 2021-22 academic year, as officials look toward what they expect will be a relatively normal fall semester in terms of enrollment and operations.

The board also signed off on the university’s six-year capital plan, which lays out at least $1.2 billion in construction projects from 2022 to 2028.

This time last year, VCU anticipated $619 million in total revenues in its educational and general fund as it projected fewer enrolled students and less tuition money as the coronavirus pandemic began to hit the United States in earnest.

“We’re in relatively good financial health. I am very happy to say that on behalf of VCU and the VCU Health system,” VCU and VCU Health President Michael Rao said during the Board of Visitors meeting Friday. “We’re really excited about the return to campus with some COVID protocols. Enrollment is looking really good.”

In-state and out-of-state undergraduate students will see their mandatory fees increase by $153 to $2,934 and $3,624, respectively.

The university expects more than 6,000 students to live on campus this fall, which means the university’s housing capacity of 6,340 beds will be mostly booked up. It plans to rope off 110 of those extra beds for isolation and quarantine purposes.

All campus facilities are expected to be open in the fall, and the majority of courses will feature some version of in-person instruction. There will be more online courses in the fall than there were in fall 2019, said Gail Hackett, provost and senior vice president of academic affairs. 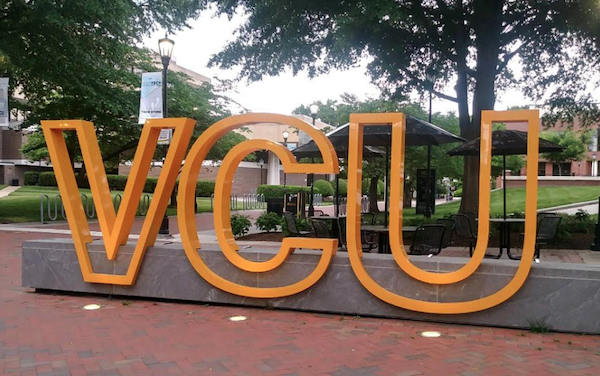 VCU expects to operate closer to normal by the fall, though it will have some pandemic safety measures in place as well as more online classes than the previous fall.

It also has an extra $28 million to make up pandemic-related expenses and lost revenues thanks to federal stimulus funding that was signed into law in March.

The university’s budget also allocates funds for a 5 percent increase to faculty and staff salaries. Adjunct professors will get a 9 percent bump from $1,100 to $1,200 per credit hour minimum, a pay increase that comes amid a unionization effort by adjuncts seeking higher pay along with other university employees this spring.

The construction-focused six-year capital plan approved Friday lays out at least $1.2 billion in projects from 2022 to 2028. The plan projects that $756.6 million of the total will come by way of funding from the state.

“Almost all these projects are on land we currently have, where we are taking something down and building something in its place and revitalizing things and repositioning things,” Administration Vice President Meredith Weiss said during a plan presentation to the board’s finance, budget and investment committee on Thursday.

The plan is broken down into two-year funding segments. Most acquisitions and facilities related to the VCU Athletics Village near the Diamond within the plan have their funding queued up for the initial 2022-2024 stage but costs for them haven’t yet been determined, according to a handout detailing estimated costs.

Weiss said staff would come back to the board with project plans and more detailed cost estimates for the projects for final approvals.

VCU has already started to collect land to realize the athletics hub vision. VCU bought James River Distillery’s building at 2700 Hardy St. for $183,000 in March. The university also bought 4 acres at 2601 Hermitage Road for $4.5 million from the Salvation Army in December. The upcoming athletics facilities will include new fields, a baseball stadium, a tennis center and a field house.

An arts and innovation building would be constructed across from the Institute for Contemporary Art at the intersection of Broad and Belvidere streets.

The new building will house the university’s performing arts programs, as well as exhibition space, labs and incubator space to encourage interdisciplinary ventures across medicine, arts, business and engineering.

At the Monroe Park campus, VCU plans to build an interdisciplinary academic and laboratory building. The university plans to build a new student commons to replace the current one there. The existing one would be torn down to make way for new green space.

The university also plans to build an additional dorm for its honors program on Grace Street near the Institute for Contemporary Art. The dorm will feature ground-floor retail and common spaces.

Also included in the plan is a new School of Dentistry building, a new interdisciplinary health sciences building, and a library and innovation center at the MCV campus.

Every two years the board OK’s a six-year capital plan.

University officials continue to weigh whether to require students to be vaccinated against COVID-19. The board voted to give Rao the authority to make a determination on whether to go forward with a vaccine requirement.

The university is expected to make a decision “in the coming weeks,” according to a VCU news release Friday.

The board also voted to renew Rao’s contract for an additional two years in his post. Rao’s cash compensation is set at about $662,900, his housing allowance is about $77,900 and his deferred compensation is $262,500.

Still no baseball stadium in any official plans; poor schools!