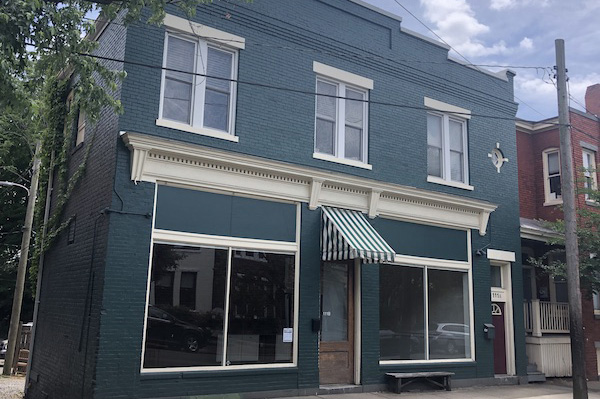 A new wine shop, bar and cafe is opening near the intersection of North Lombardy Street and Floyd Avenue. (Mike Platania photo)

The Fan will soon have a new place to enjoy a glass of vino.

Celladora Wines, a wine shop, bar and café offering glasses and bottles to pair with light fare such as cheese boards and sandwiches, is preparing to open at 111 N. Lombardy St.

Gloucester native Megan Hopkins is behind the venture. She spent the last 18 years in New York City before relocating to Richmond during the pandemic. Hopkins initially went north for art school but found herself drawn to the food and beverage industry.

“If you want to get a job after art school, it’s good to get into bartending,” she said, laughing. “Somehow along the way I kind of found that was where my true passion lies: mainly finding the right drinks for the right person.” 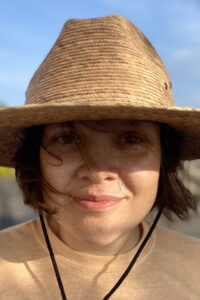 Gloucester native Megan Hopkins has been in the food service business for more than 25 years. (Courtesy of Megan Hopkins)

Hopkins eventually took an interest in “natural wines,” which are typically made with organic grapes, indigenous yeasts and minimal amounts of sulfur and other additives. Sometimes called minimal intervention winemaking, natural wines are also the focus of local wine distributor Plant Wines.

Hopkins decided against sommelier training and instead worked at a wine shop in New York. “I think a lot of (sommelier) training is about talking to other wine professionals, but not the average guest and that’s who I’m into,” she said.

In late March 2020, Hopkins said, she was scheduled to begin managing a restaurant in New York City and the pandemic arrived. She and her family left the city to wait things out at her parents’ home in Gloucester and Hopkins continued to mull the idea of opening her own wine shop.

She said she wants it to be “a neighborhood wine shop that people can walk to, as well as a destination for people who are seeking out a certain style of wine.”

Hopkins said Virginia’s liquor laws are actually more favorable than New York’s for someone who wants to sell wine for both on- and off-premise consumption.

“In New York you can’t have an on-off (premise) liquor license, so we couldn’t open a bottle and sell a glass,” she said. “That’s the model I’d like to do in (Celladora). I think some of these wines are different and are going to be a different experience for people. It’s kind of good to have someone there when you’re trying them for the first time.”

The building doesn’t have a full kitchen, but Hopkins said Celladora’s food options will be primarily cold like cheese boards, charcuterie, nuts and olives. For the rotating sandwiches on the food menu, Hopkins said she’ll use an induction plate and toaster oven.

Celladora Wines is aiming to open in July or August. Hopkins said this is the first time she’s owned her own shop and said she’s trying to invoke her decades of experience in food service to help with the opening.

“It’s kind of like the service industry. You plan and you prep but you’re constantly prepared to pivot and change as the situation dictates,” she said. “So I’m trying to go with that mentality.”