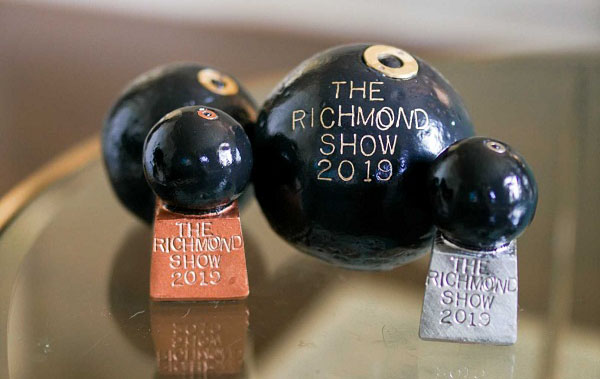 A longtime symbol of local advertising excellence made its last appearance at this year’s Richmond Show, but not before The Martin Agency walked off with a bunch of the heaviest ones.

More than 60 of the coveted cannonball trophies that for years have been doled out at the annual awards show were presented Thursday evening, via a virtual event that featured a pre-recorded program. Martin was the big winner of the night, taking three of this year’s best-in-show awards.

But this year’s cannonballs are now collector’s items, as the Advertising Club of Richmond, which puts on the awards, decided to do away with the design due to a connection to Richmond’s Confederate history.

Club President Vera Magdeeva, whose one-year term concluded with Thursday’s event, said the cannonball design was introduced 30 years ago when the awards were held at Tredegar Iron Works, a major supplier of cannonballs and other artillery for the Confederate Army during the Civil War.

“While a cannonball is not specifically associated with just the Confederacy, the symbol in Richmond does have a lot of emotional connections to that time,” Magdeeva said in an email. 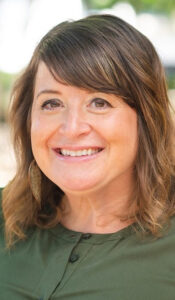 Jessica Collins was named Ad Person of the Year for 2020.

Describing the club as fostering “a tight-knit and socially responsible creative community,” Magdeeva added, “We feel that we have a responsibility to not be tied to anything that one of our members or potential members might feel is hurtful.

“As Richmond and the advertising industry evolve and so does the Ad Club, it’s important for the Richmond Show and, by extension, its coveted award to also evolve.”

The pewter cannonball replicas, sized according to significance, will be replaced next year with a new award, with the club planning to put out a call for proposals from the community to determine a new design.

This year’s awards, recognizing work in 2020, were presented in categories such as advertising, design, interactive, production and student campaigns.

Non-competitive recognitions also were presented, such as the honorary title of Ad Person of the Year, this year awarded to Jessica Collins, assistant professor in the Robertson School of Media and Culture at VCU.

In the past year, Collins helped coordinate a virtual advertising summer camp called Camp Adventure. She also had a hand in bringing The One Club for Creativity to Richmond in 2019.

Martin’s three best-in-shows were in the advertising, design and production categories, respectively for its “Bundling Made Easy” campaign spots for GEICO, a line of rally caps designed for a Buffalo Wild Wings campaign, and a mockumentary clip for Buffalo Wild Wings starring rap group Bone Thugs-N-Harmony.

Scott’s Addition agency Yebo won the interactive best-in-show for its “Stories Over Stigma” campaign for the Virginia Department of Justice. The campaign and its website, where stories about substance use disorder can be posted and shared, also won silver cannonballs in the advertising and interactive categories, respectively.

This year’s Women in Advertising Scholarship was awarded to Emily Duong, a mass communications major at VCU with a concentration in creative advertising. Corey Hambly received the Excellence in Creative Education Scholarship, awarded to Brandcenter students.

Local voice actor Paul Schmidt provided narration for the video, which was produced by the club and production studio Alice Blue. Overcoast handled music and sound. Ardyn Granger, an account manager with VDX.TV, was announced as the club’s next president. Tiffany Boggs will succeed Granger as vice president.

Might I suggest to Club President Vera Magdeeva that she learn a little history before going about virtue signaling. The so-called Civil War (which was actually a war in which the South defended its Constitutional right secede) is not a cause for shame on the part of the South. The shame is on the part of Lincoln who decided to force the Southern states to remain in the union at the point of a gun. As a northerner, I am ashamed that the North takes any pride in that war. And please, Ms. Magdeeva, do not accept “The Narrative.” Lincoln… Read more »

Woo! Can’t wait to update the award to the 21st century!