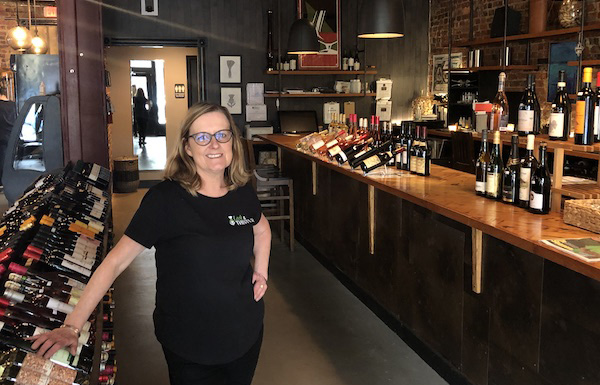 Mela Jones is opening Leek & Thistle at 2110 E. Main St. It will sell frozen meals ready to be heated at home and wine, beer, coffee and jams. (Mike Platania photos)

While Leek & Thistle will offer fresh-made food, there won’t be any hot meals served there.

Instead, Leek & Thistle will offer frozen meals that are ready to be heated at home. The shop also has other shelf-stable items such as wine, beer, coffee and jams from local producers.

Jones went to college in Britain before working in the food industry in Sydney, Australia, and stateside in Vail, Colorado and Martha’s Vineyard, Massachusetts.

“My travel certainly sparks my interest in food,” she said. “People say, ‘What kind of food do you cook?’ And it’s basically anything. Whatever’s going to taste good.”

In 2007, Jones founded catering company Truly Scrumptious and ran it out of a commissary kitchen in Bon Air. A decade later she began filling over a dozen coolers with frozen meals and loading up her SUV to sell the meals at St. Stephen’s Episcopal Church’s farmer’s market in the West End.

“I could never have imagined the reception I’d get there,” Jones said of the farmer’s market. “People kept asking where they can get the (frozen meals) during the week.”

Jones rebranded Truly Scrumptious to Leek & Thistle and began searching for a brick-and-mortar space, mostly in Carytown and Scott’s Addition. She arranged to check out Nota Bene’s space, mostly to possibly buy some of the restaurant’s equipment. She was pleasantly surprised by what she found.

“I know it’s corny but it felt like home,” she said. “What I have inherited there is just amazing.”

The space was well-kept, Jones said, needing only a few more freezers that she brought in. 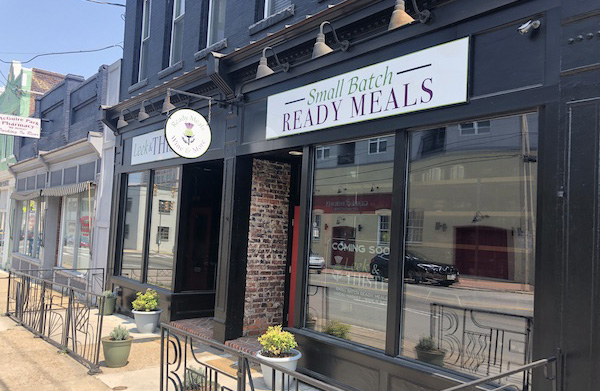 Leek & Thistle is leasing the 2,000-square-foot space and Jones said she has a staff of about eight. She’s planning a formal opening this weekend.

Though her international travels have inspired her menus, Jones said she tries to find and use local ingredients.

“I’m sort of dictated by what’s available at the farmers market. I try to use local products so I’ll have a different menu in the winter, the spring, and the summer,” Jones said.

“There are some times of year where there really isn’t anything but kale to buy at the farmer’s market. When it comes to that, I do use other produce. I just try and choose the best quality from the smallest source.”

Jones said she’ll offer portions for both individuals and families, in part because of the location in Shockoe Bottom.

“There are lots of apartments, condos and lofts around there, so we’re trying to offer more options that are individual size rather than family size,” she said. “But I do think we’ll appeal to families in Church Hill. Everybody’s busy, even if you like to cook.”

A great and needed concept in the area! Can’t wait to stop in….Congratulations!

Interesting. Hope they do well. But 2000SF seems excessive overhead for a takeout only business.

I’ve been buying Mela’s frozen meals for a couple of years now at St. Stephen’s Farmers’ Market. The meals are delicious, creative, healthy,& filled with flavor. I’m thrilled that she has opened her own place now! She puts her heart and soul into good food.