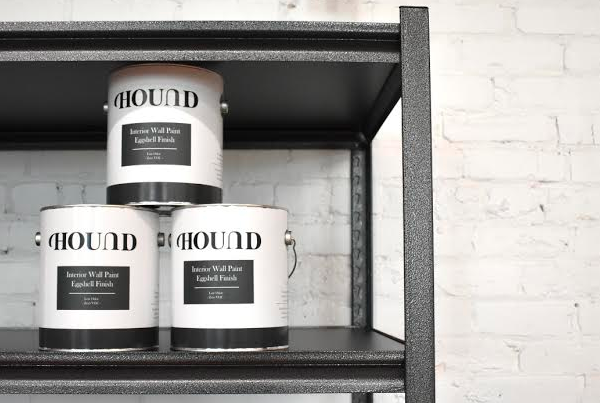 A locally based chemist is dipping into another side of the paint industry.

Niki Lowry next month will launch Hound Paint Co., an online-based paint brand that will sell direct to consumers.

The company will be based in Manchester, out of the same building as ChemCove Consulting, a paint development and formulation company Lowry launched in 2018 after a decade of work in the industry.

The Hound concept has been on Lowry’s mind for a couple years while operating ChemCove, which will supply the paint for her new venture.

“I really wanted to bring my own paint brand to market with an older nostalgic-feeling brand but with newer tools like technology, e-commerce and shipping direct to consumers,” said Lowry.

Hound will target do-it-yourselfers and local contractors with its own line of paint made with potato-based resin and designed to be environmentally friendly. It initially will offer 100 interior paint colors in addition to primer and trim paints. In the fall, the company expects to offer exterior paints.

The paint will sell for $40 to $50 a gallon. The company also plans to sell third-party paint supplies like rollers, brushes and paint trays.

Lowry said Hound will initially focus on online sales and offering local pickup from its 4,400-square-foot space at 215 W. Seventh St. It may look for a brick-and-mortar shop in the future, she said.

“Right now, we just want to get our product out the door,” she said.

Hound has a five-person team, including her co-owner and husband Brandon, who has a background in IT and works for Hound full-time.

Hound is marketing itself through social media, industry contacts and cold calls to contractors in the run up to its launch. The company has also been able to generate some buzz through an online paint-naming contest.

Lowry said her contacts in the industry have helped Hound take shape, even amid supply chain and material issues due to the pandemic.

“Supplies are scarce and we’re low on the totem pole because we don’t even have a product yet,” she said. “But I’ve worked with these suppliers for many years, so lucky I have good relationships and can pull some strings and call in favors.”

Hound is one of several online retailers to set up shop in Richmond recently.