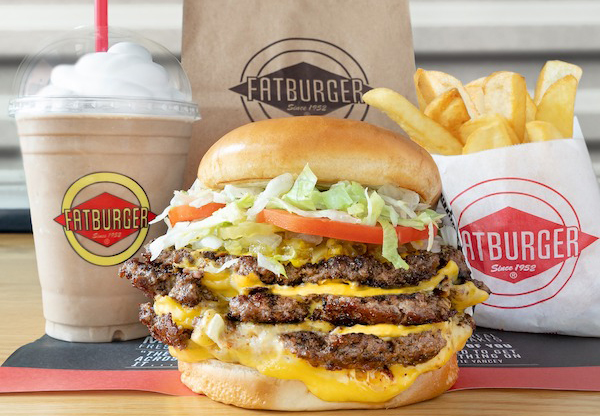 Burgerim franchisee Joey McCullough is opening Fatburger restaurants in some of his locations. (Courtesy of Fatburger)

When Joey McCullough signed on to open multiple Burgerim franchises in the Richmond region in 2019, he was betting big on the fast-growing restaurant chain.

By that time he’d already owned the Fan’s Metro Bar & Grill for four years, but it had been struggling and he’d planned to pump money from the burger franchises into it. 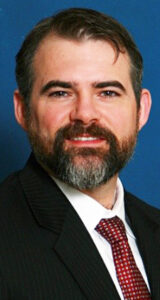 “I wanted to redevelop, rebrand and do some additional marketing to boost Metro,” McCullough said in an interview in recent weeks.

Burgerim, meanwhile, looked to be on a non-stop upward trajectory. The chain came over to the U.S. from Israel in 2015, offering mini-burgers made with patties slightly larger than sliders, and it was expanding at a rapid clip.

By 2017, Burgerim was selling over 600 franchise licenses each year and touted itself as the country’s fastest-growing burger franchise.

And, while he eventually opened three locations in 2020 — one in Norfolk and two in Chesterfield — his Burgerim dream was quickly derailed. Over the following year, McCullough and about 1,500 other Burgerim franchisees watched as the chain effectively collapsed and its founder Oren Loni fled the country after collecting over $57 million in franchise fees.

“Basically, the franchisor embezzled millions of dollars and left the franchisees to fend for themselves,” McCullough said. “We didn’t have any support.”

With Burgerim collapsing and the pandemic crushing the restaurant industry, McCullough decided to close Metro last summer. Legal proceedings around Burgerim are still ongoing, as is franchisees’ search for Loni.

In the meantime, McCullough’s had to scramble and found another West Coast burger franchise to swap in place of his Burgerim locations.

His Fatburger and Buffalo’s Express combo is aiming to open Aug. 9 at 13427 Hull Street Road in the Hull Street Crossing shopping center. In late September, he’ll open an Elevation Burger and Hurricane Wings spot in Winterfield Crossing at 14273 Winterview Parkway.

Fat Brands, a Beverly Hills-based franchise group, has eight restaurants under its umbrella. In June, McCullough opened the Mid-Atlantic’s first Fatburger and Buffalo’s Express in Norfolk, also in a former Burgerim space. 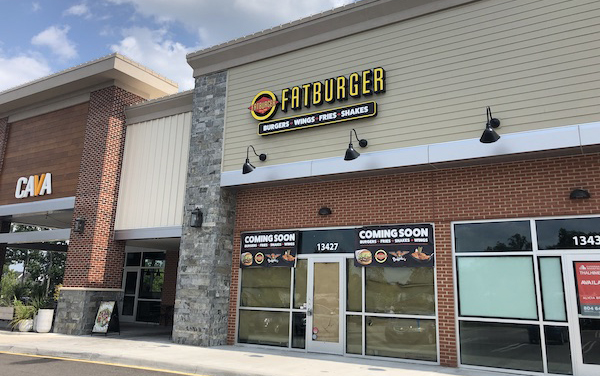 The Hull Street Road location will be the California burger chain’s first in Richmond, and second in Virginia. (Mike Platania photos)

As he works to pivot on the fly, McCullough and others are still dealing with fallout from Burgerim.

After an investigation, California’s Department of Financial Protection and Innovation issued an order against Burgerim in February, claiming that between 2015 and 2019, Loni and Burgerim “sold at least 1,550 franchises raising at least $57.7 million in initial franchise fees” before abandoning the company’s corporate offices in California and fleeing the country.

Included in the California DFPI’s order against Burgerim, Loni and some affiliated entities is a $4 million fine for violating myriad franchise laws. It’s unclear how Burgerim franchisees and the state of California will recoup their money from Loni, who is still allegedly on the lam. 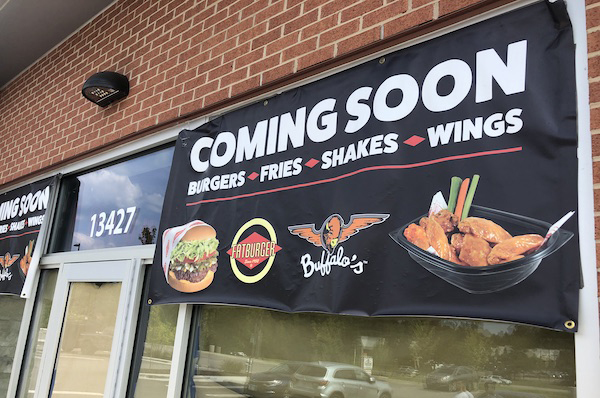 Many of Fat Brands’ locations feature multiple brands. The Chesterfield location of Fatburger will also include a wing shop, Buffalo’s Express.

Ahead of signing on and cutting the check to Burgerim in 2019, McCullough said he did his due diligence on the company. He said he found no red flags.

“I researched them for years and their numbers were sound,” McCullough said. “No one had any clue the guy was doing all this shady stuff in the background.”

The first hint of foul play came in fall 2019 when McCullough was preparing to open his first Burgerim location in Norfolk. Trainers from Burgerim corporate came out to help with the opening, and mentioned that Loni, the company founder and CEO, wasn’t around.

“They were like, ‘Yeah we don’t know where the CEO went. He’s been gone for two months now, we haven’t been paid in eight or nine weeks and we don’t know what’s going on,’” McCullough said.

“I’m like ‘Oh my god, this one’s about to open up and I’ve got two more under construction. This is crazy.’”

In September 2020, as the pandemic ravaged the restaurant industry and Burgerim collapsed, McCullough said he decided to start researching other franchise opportunities, particularly burger-focused ones. He came across Fat Brands.

“They were offering licensing fees slightly reduced for switching over to their brand for Burgerim franchisees,” McCullough said. “I negotiated and they helped me out a lot…The support with them is how I anticipated my first franchise experience to go.” 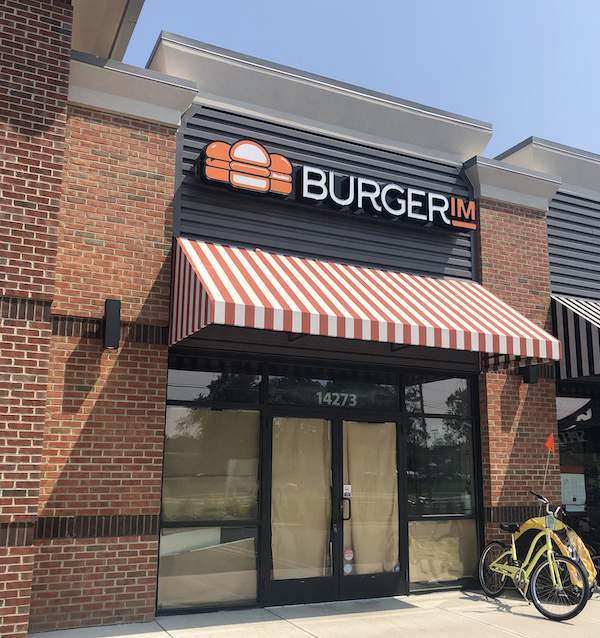 The signage for Burgerim still hangs at Winterfield Crossing, but it will soon be replaced by that of Elevation Burger and Hurricane Wings.

In addition to being the owner of three Fat Brands restaurants, McCullough also now is the chair of the Independent Association of Burgerim Franchisees, a group formed to help franchisees navigate the fallout.

He said he routinely gets calls from other Burgerim franchisees who are desperate to get their money back.

“I just tell them it’s unlikely. ‘There’s no money to be found, you’re never going to find the guy,’” McCullough said. “Unless we can somehow come up with $300,000 or $400,000 to force involuntary bankruptcy, we will never get anything.”

McCullough estimates there are around 120 Burgerim locations still open in the U.S., but the brand is dissolving.

“Each of the franchisees that were left on their own have run and done their own thing. It’s not even a consistent brand anymore,” McCullough said. “Some franchisees have turned their (Burgerims) into a convenience shop with a burger shop attached to it.”

McCullough said he feels lucky he was resourceful enough to pivot from Burgerim into Fat Brands, and that many other franchisees weren’t as fortunate. 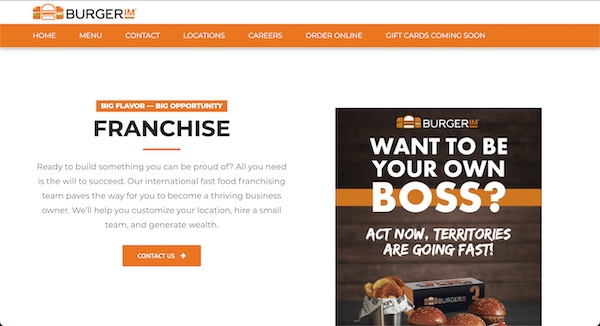 Burgerim is still advertising franchise opportunities on its website as of this week. (Screenshot)

“I’m trying to just put that behind me and move on. I’m literally just trying to scrape out from underneath all this and get somewhere positive,” McCullough said. “Hundreds and hundreds of people have just completely lost their livelihoods.”

McCullough said over $1.5 million went into getting the four Burgerim locations off the ground, with funding from loans, private investors, his personal savings and maxed-out credit cards. He said an additional $300,000 has gone into getting the Fat Brands restaurants going.

The early success of the Norfolk Fatburger has McCullough feeling optimistic about the forthcoming Chesterfield locations, and that the folks at Fat Brands are feeling similarly.

“They’re asking me to open up more (locations), but I told them I want to give these three some time and get my debts knocked down from Burgerim,” McCullough said. “I wouldn’t be opposed to it. We’ll see how it goes.”

Well looks like the guy fooled a lot of people, but the good news is I am in desperate need of a hamburger and will be sure to give your new spot a try