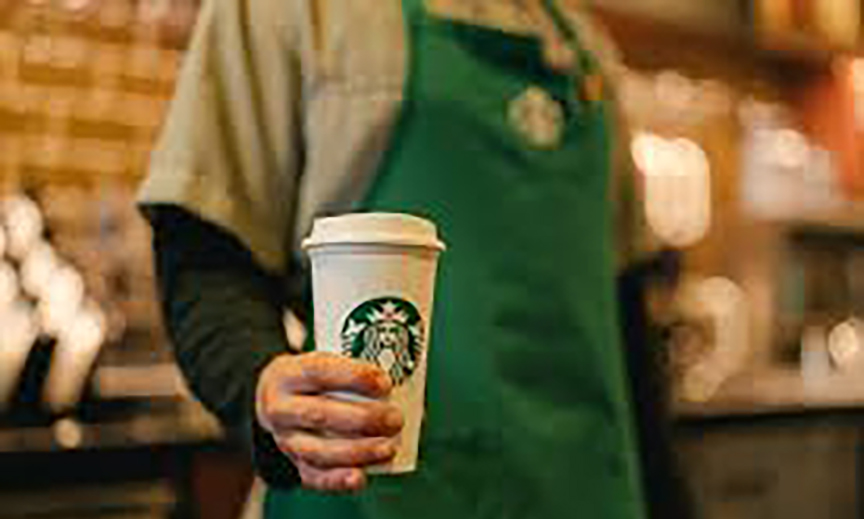 Starbucks plans to open a new cafe at 4320 Commerce Road. (Courtesy of Starbucks)

Starbucks is placing a bet on Southside, just as Richmonders ponder whether to OK a casino across the street.

The Seattle-based coffee giant plans to open a new cafe at 4320 Commerce Road in South Richmond, which would be opposite the proposed site of Urban One’s $600 million resort casino.

The cafe, which will feature a drive-thru and employ 30 people, is expected to open this winter, a company spokeswoman said last week.

The Starbucks will occupy 2,500 square feet of a roughly 9,500-square-foot new building, according to site plans filed with the city.

Those plans suggest multiple tenants would occupy the remainder of the building, and signage examples indicate that Subway would be among them. Subway didn’t respond to a request for comment last week.

The property is owned by an LLC tied to Elite Management Group in Richmond, according to city property records.

A building that housed a Subway at the property has been demolished and construction has begun on the new building.

The Southside Starbucks is among several new or upcoming local outposts of the coffee retailer.

Starbucks recently opened a cafe on the edge of the Fan near the Science Museum of Virginia. It also is preparing to open a takeout-only Fan location near VCU.

Richmond voters will weigh in on Urban One’s casino proposal in a referendum in November.

Have we received any clarity on whether the Pamunkey Tribe will be building a casino a mile away? The last thing we need is two casinos.

Also, paying $8 for the most bitter coffee that needs to be pumped with sugar and flavoring is such a description of the American consumer these days.

Neither point is based in reality.

You’ve done a great job of conveying your point lol. Out of curiousity regarding your definition of reality, which casino markets have you frequented in the last 5 years?

I have been to Aruba, Las Vegas and on a cruise ship that had a casino in the last 5 years. I have also been to Cannes, Lake Tahoe, Montreal, and many places that have casinos. What does that have to do with you claiming a second casino is being built here when we don’t yet even have one casino fully approved? By the way, I did not actually gamble in any of those casinos, did not smell any of the parking lots and doubt I will if we ever get one in Richmond. They often have theaters and restaurants… Read more »

As always, I appreciate the healthy dialogue, thank you. A. The casino towns you mentioned are tourist destinations thus casinos adding to their tourism. I don’t think comparing Richmond to Cannes is appropriate for example. The only place I’m personally missing from your nice list is Cannes. But if I may add (these are ones I’ve been to in the last 6 months with markets/culture more similar to ours), try frequenting casinos in Pennsylvania, Florida, Oklahoma, New Jersey, and even Maryland. Our beloved MGM even smells like urine and is poorly maintained. Basic math and industry history shows us maintenance… Read more »

You said a lot to simply skip over your initial and erroneous points from your original post. I was simply responding to your question asking which casino “markets” have I frequented in the last 5 years. It was a list for you and I said nothing about comparing Cannes to Richmond VA as you bizarrely claim. I didn’t even claim to have visited casinos in each since that was not your question. Clearly you have spent a lot of time in the various parking lots of casino locations that you say are not tourist destinations. “Our MGM”? Where is that?… Read more »

Well buddy, sometimes discussions allow one to elaborate. You started with responding that my points weren’t based on reality so I tried to understand your version of “reality” and then shared my “reality” in an attempt to have civil discourse. I did not compare Cannes to Richmond, nor did I infer you did either so feel free to reread that comment. Yes, my reality includes visiting many casinos and thus being in a position to speak with knowledge on the pros and cons. Apparently you’ve just gone to these markets but have no casino experience. And yet you want to… Read more »

Wait one minute! Are you Kellyanne Conway using an alias? I recognizes you from the alternative facts game. Refuting the actual sentences you wrote is an interesting angle, but since we “all live in a different reality” I guess we can leave this discussion in Virginia’s MGM Grand parking lot where it belongs. How do you have time fort all?

In regards to different realities, perhaps some education on quantum mechanics might be better than name calling. Surely by this point in life one knows realities are defined by our perception and experiences. Alas…Our MGM would be the casino closest to Richmond, but I guess that’s not obvious to those who want to express opinions on casinos while simultaneously having zero knowledge or experience in the industry. It makes sense now, your version of reality includes essentially zero knowledge of the industry. If you’re ever ready to have a true mature discussion on the subject, you may find there are… Read more »

Hello; can you please list, who, if any, local politicians are part of “ Elite Management Group”

There are none listed on their website. They appear to be a successful franchiser of multiple brands. Do they have a history of coat-tailing political players?

I heard a comment some place on Twitter about some LLC that was full of Richmond pols that was involved with the casino. Not a very high level of confirmation, I know.

Hello, We are a management service company based in Richmond, VA. We manage different foodservice brands, and rental properties.

If you are referring to ONE Casino, then here is a select few interesting donors from their site. Only one politician but a key one:

A lot of Dominion Energy execs, etc. as well.

Not sure why all the talk and tie in to the casino; this is an old 1980s Burger that was long ago reused as a Subway. The site is between several business hotels, PM USA plant, and right off I-95. The building had reached end of its useful life but the area has not. This project is simply a redevelopment of an old commercial site in the City. Maybe the casino prospects gave them some extra positivity but it is 4-5 years out. No one is building a new commercial establishment for tenants in 2021/2 based on a customer base… Read more »