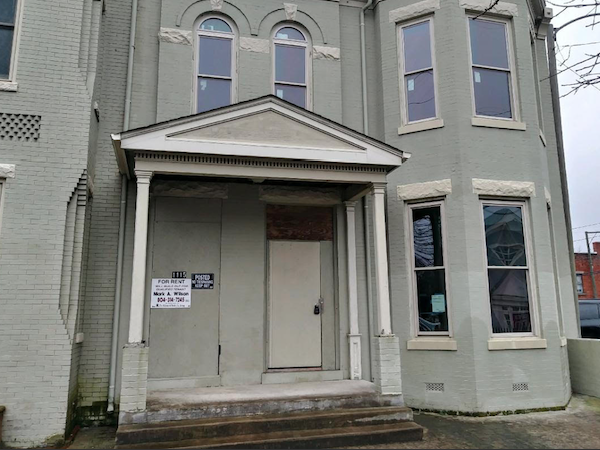 A Starbucks. Hold the dining area. One shot of takeout.

That’s what the Seattle coffee giant has ordered for one of its latest Richmond-area locations, a takeout-only store in the Fan near VCU’s campus.

Starbucks plans to open the new-to-market concept at 1115 W. Main St. in an existing commercial building next door to a 7-Eleven. The property is owned by Mark Wilson, who said he believed the location would be Starbucks’ first such outpost in Virginia.

“It’s a new concept for Starbucks and this will be the first one in Virginia to have this concept,” the property owner said on Thursday. Wilson declined to comment further.

It’s unclear when the Starbucks will open. The company didn’t respond to requests for comment.

In June, Starbucks announced plans to accelerate the rollout of so-called “convenience-led” cafe concepts like the relatively new takeout-only concept as well as drive-thrus and curbside pick-up options over the course of 18 months in response to shifting customer trends.

The first takeout-only store opened in New York City in 2019. The takeout locations have no customer seating.

The company framed takeout spots as part of its future in dense urban markets, while drive-thrus, curbside service and walk-up windows would be prioritized for suburban spots.

Johnson noted that pre-pandemic about 80 percent of transactions in U.S. company-operated stores were “on-the-go” transactions.

In addition to 7-Eleven, the Richmond takeout cafe will have some nearby competition. It’s around the corner from Blanchard’s Coffee Roasting Co. on North Morris Street, a location the local chain moved into after Lamplighter Coffee Roasters exited the space. Other Fan coffee houses include Roastology at 2701 W. Cary St. and Lamplighter’s cafe at 116 S. Addison St.

The company’s upcoming Fan location comes amid other moves by the chain in the region.

Starbucks also has a project in the works for a new-construction store with a drive-thru at Gayton Crossing, where it already has an in-line cafe. Starbucks pulled out of its in-line Libbie-Grove cafe last year and opened a new cafe with a drive-thru in nearby Libbie Mill Midtown in November.

Hasn’t this building been mostly vacant for a good while now? I can’t remember anything being there now and these row houses were in bad shape for a long time. I support small businesses and that won’t change, but having familiar chains near a college campus can be beneficial. Colleges have a lot of visitors and it can be comforting to see familiar brands nearby.

If they have no seats, how am I supposed to make that my office? Ha ha.

The new drive-thru location in the old Arby’s at Broad and Strawberry is well underway. The building has been stripped to its core and the buildout into a traditional Starbucks is on.

Lived there when it was the AKL fraternity house in the late 80’s. That building has quite a history.

I have a feeling that history will be no more. I can’t see Starbucks retrofitting this space. I am sure a demo permit is pending.