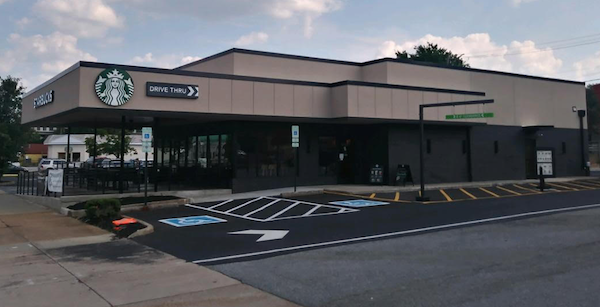 After years of sitting idle, a former fast food joint is now brewing up coffee.

Starbucks opened at 2309 W. Broad St. in recent weeks, injecting a shot of activity into what was home to an Arby’s that shuttered more than five years ago.

The Seattle-based coffee chain remodeled the building and added a drive-thru. The cafe is 3,200 square feet and has about 35 employees.

The site was previously eyed as a Zaxby’s, and the chicken chain’s local franchise group scooped up the property toward that end. However, the franchise group later nixed that idea and lined up Starbucks to buy the property. That deal ultimately fell through, and a Starbucks spokesperson declined to comment as to what happened Wednesday.

Starbucks now leases the property from local developer Rebkee, which bought 2309 W. Broad St. and the adjacent parking lot at 2305 W. Broad St. for $1.9 million in February, according to city property records. The parcels were most recently valued at a total of $1.8 million.

The Starbucks, which is located on the edge of the Fan near the Science Museum of Virginia, has opened near an upcoming market concept that is expected to feature a coffee shop near the corner of Meadow and Broad streets.

The new Starbucks comes as the company plans a takeout-only concept in the Fan, which the company spokesperson said is expected to open later this summer.

Do you know if they intend to reoccupy the space at 1500 W. Broad Street, which was closed due to arson during the BLM riots?

Charleys Philly Steaks is moving into the former Starbuck’s space.