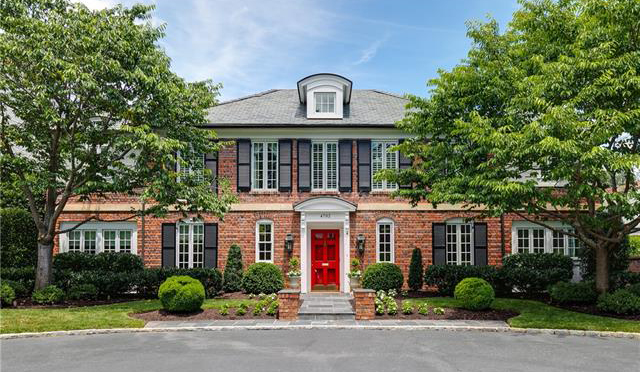 The brick colonial at 4702 Rolfe Road was the top sale in July. (Photos courtesy of CVRMLS)

In yet another reflection of the high-demand housing market, a home in Richmond’s West End sold for $750,000 over asking price for the most expensive home sale in the region last month.

The sale’s July 23 closing was just 16 days after the six-bedroom house was listed on July 7, and just eight days after showings started on July 15 — the same day it was put under contract. 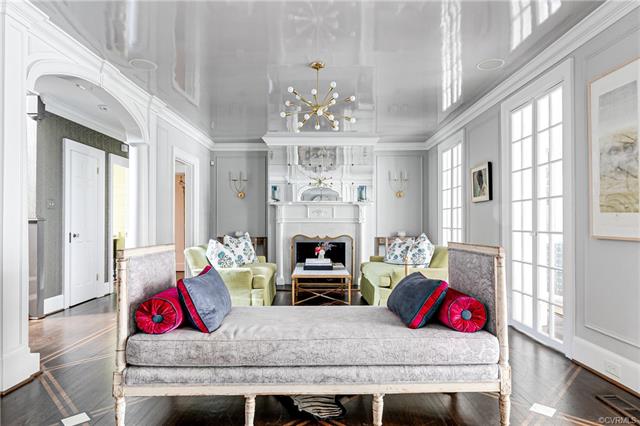 The formal living room with hardwood floors and a reflective ceiling.

City property records list the buyers as Whitson and Alexandra Huffman, who were represented by SRMF’s John Martin. Whitson is an executive at Capital Square, a real estate investment firm based in Innsbrook. Alexandra is a senior director with commercial real estate financing firm Walker & Dunlop.

Totaling 16 rooms with four bedrooms, six bathrooms and two half-baths, the two-level brick house was built in 1925 and was renovated and enlarged by Mark Franko Custom Building in 2008. 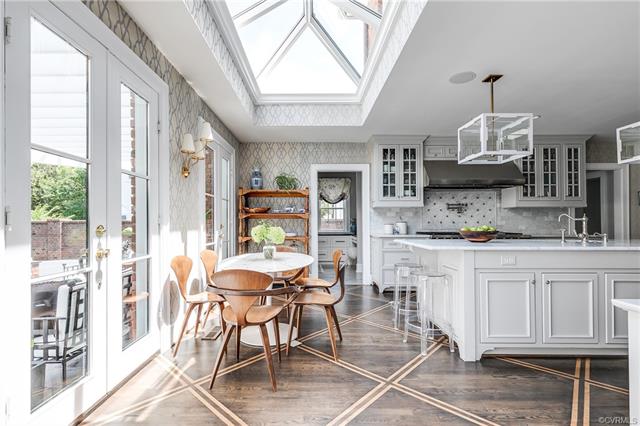 The kitchen has a skylight.

The ground floor includes a bedroom with en suite, kitchen with skylight and marble countertops, an office area overlooking the family room, a wet bar and a laundry/mudroom. An additional laundry room is on the second floor, which is filled out with four bedrooms and four full bathrooms.

The basement includes a rec room, built-in bunkbeds and a bathroom, and the house has four fireplaces, both gas and wood-burning. The nearly half-acre property includes a rear slate porch and covered side porch with brick archways, as well as a screened garden room, chicken coop and shed.

The property, in the Westmoreland Place neighborhood, was most recently assessed by the city at $1.64 million. 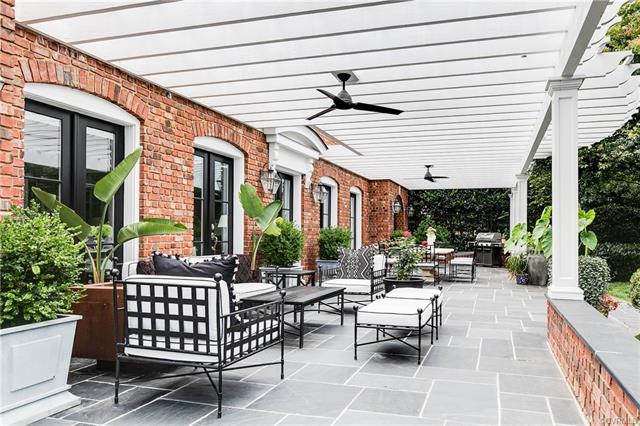 A rear slate porch leads to the backyard.

The sale wasn’t the only one in the West End last month to go for $750,000 over asking price. On July 12, the 5,000-square-foot house at 207 Nottingham Road in nearby Windsor Farms sold for $2 million, above its list price of $1.25 million — making it the third-highest sale for July.

Coming in second on last month’s list was 310 Wickham Glen Drive, a 6,200-square-foot house in Goochland’s Rivergate community that sold July 20 for its $2.5 million list price. 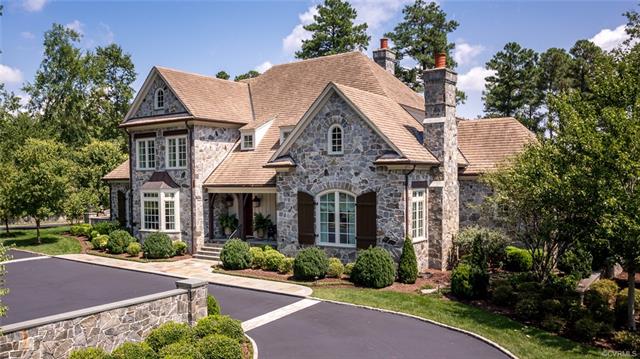 The home at 310 Wickham Glen Drive.

Farrell also represented the buyers, listed in property records as Thomas and Sandra Capps. The couple is moving from Windsor Farms, where they’re seeking a buyer for their previous, 10,000-square-foot home at 4300 Sulgrave Road. Farrell also has that listing, which hit the market last fall and remains priced at $4.45 million.

The seller was Susan Kemp, who a month earlier landed the top home sale in June with her $2.36 million purchase of 910 Merchant Lee Place in Goochland’s Meadows at Manakin neighborhood. Farrell also represented Kemp in that deal.

Rounding out the top five for July were, according to the Central Virginia Regional Multiple Listing Service: