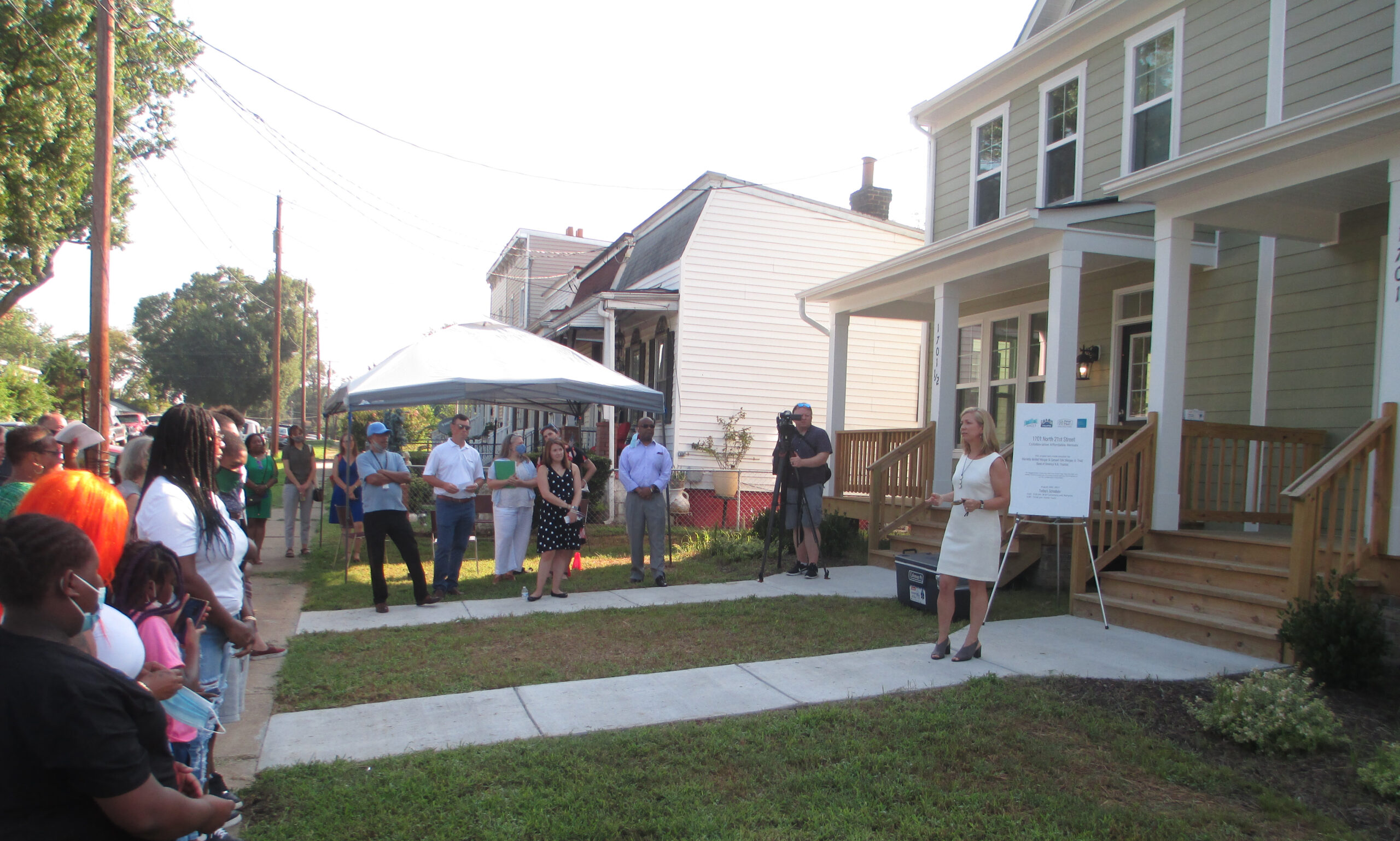 A small housing nonprofit focused on Richmond’s East End has been marking more milestones of late, breaking ground on its first new-construction home and cutting the ribbon on two others in a span of two weeks.

Urban Hope, a nonprofit that facilitates homeownership for low-income households in the East End, recently moved in residents at two newly constructed homes it purchased from fellow nonprofit Maggie Walker Community Land Trust (MWCLT). The homes were built by Eagle Construction of VA.

With both projects, Urban Hope is renting the homes to residents at rates affordable to households making 50 percent or less of the area median income – about $45,000 for a family of four, according to the U.S. Department of Housing & Urban Development. The North Church Hill house, to be built on 29th Street, will be leased at $1,075 a month. 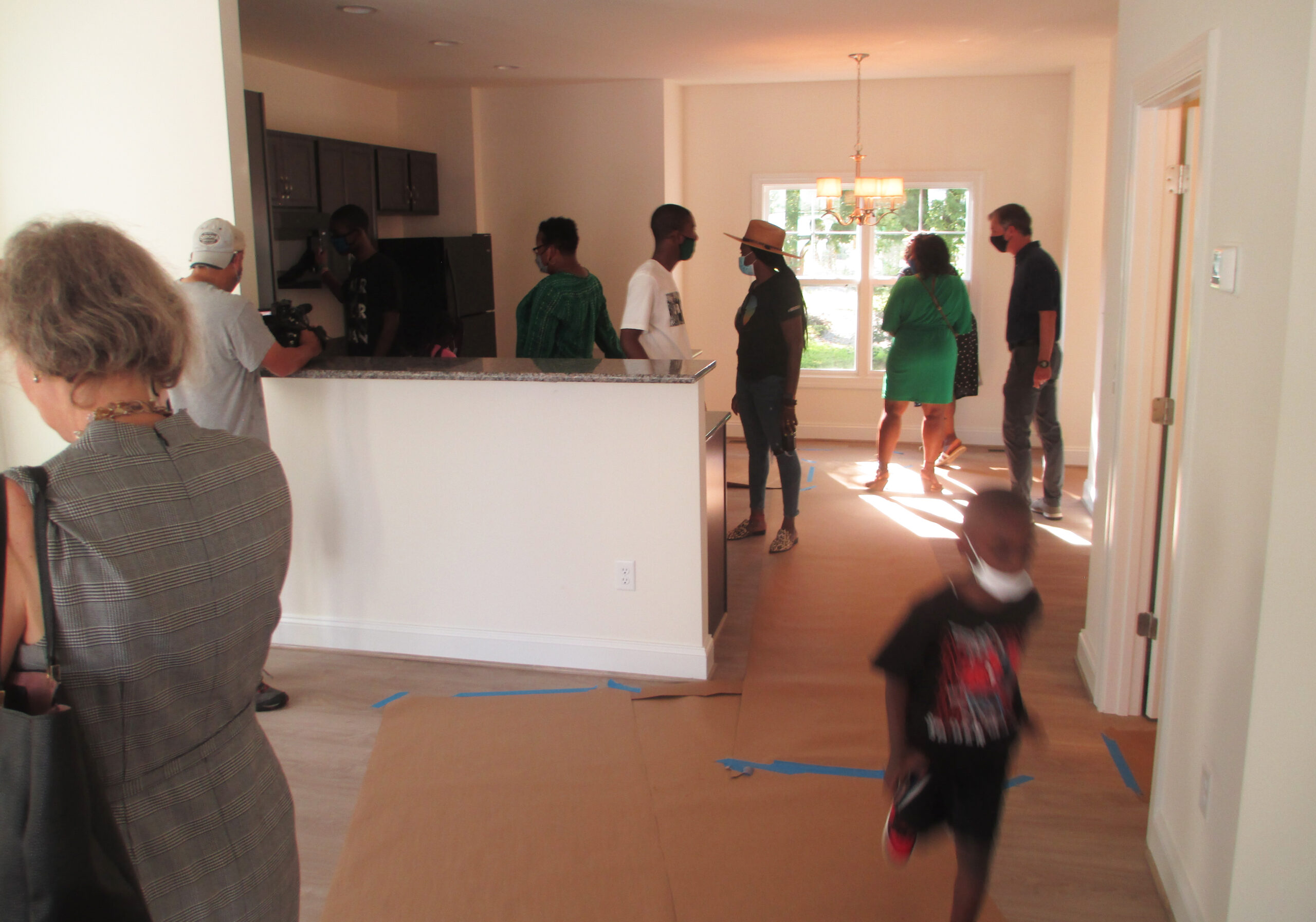 Residents toured their new homes after the ribbon-cutting ceremony.

Renters are then given the chance to qualify to purchase the home after meeting certain criteria.

Urban Hope is able to do so through cost savings from public-private partnerships, in-kind donations from collaborating firms, and a discounted rate from MWCLT, which sold the two attached Eagle Construction homes for $70,000 each. It purchased the previously foreclosed properties from Fannie Mae.

The city assessed the homes at $90,000, property records show, and comparably sized homes in the area are selling for three or four times that.

The homes are rented to residents enrolled in programs at the Peter Paul Development Center and ReWork Richmond, both of which are located near the two houses.

Urban Hope expects the collaborative model to be able to be replicated with other housing efforts underway in the area, such as those related to the redevelopment of Creighton Court and other public housing. 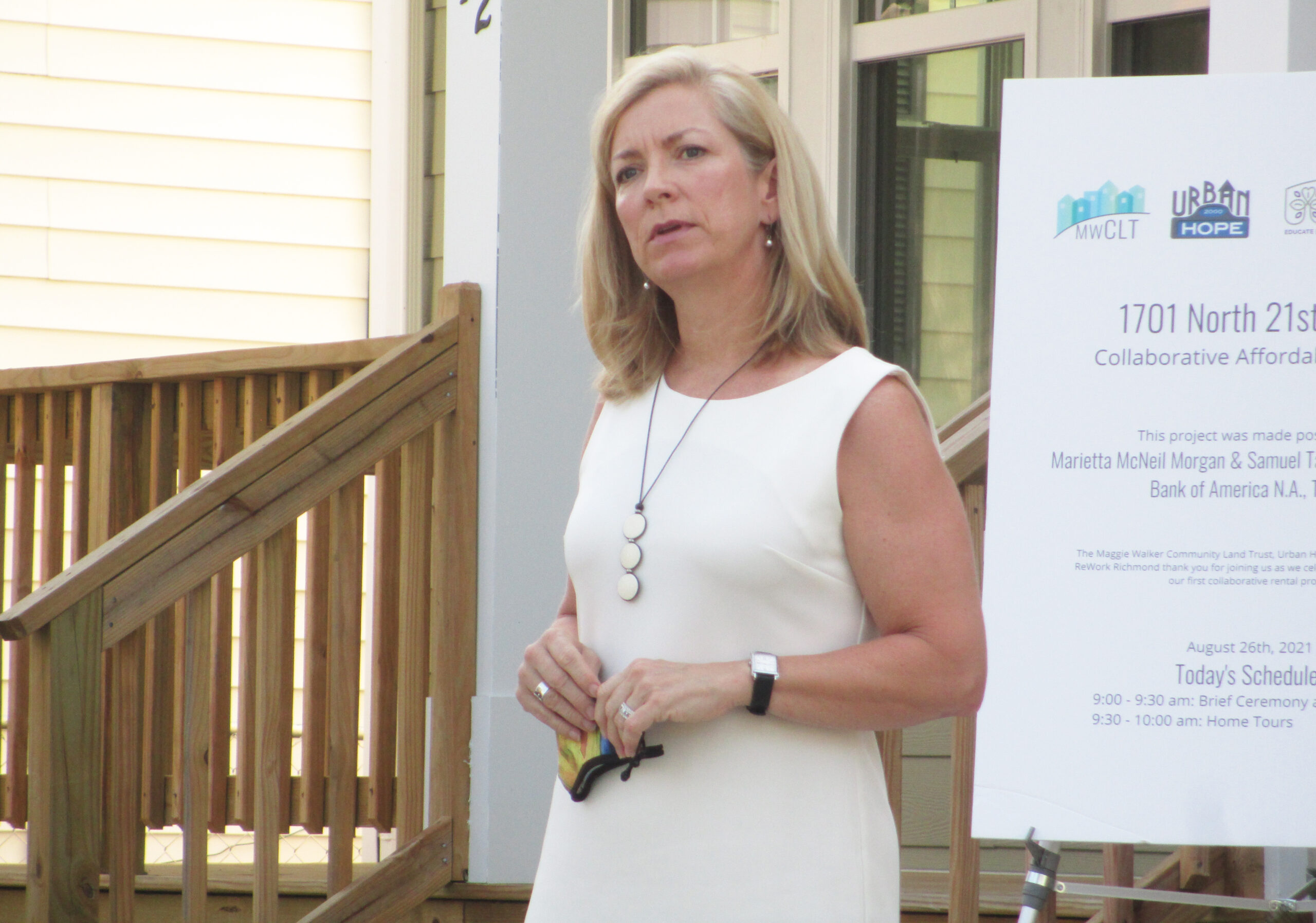 At the ribbon-cutting for those homes, Sarah Hale, Urban Hope’s executive director, noted that the property will provide homeownership opportunities for lower-income residents for many years to come.

“When homes are created to be affordable from the start, it’s a onetime investment for a sustained benefit,” Hale told the gathering of participants and supporters. “It seems like a lot of money to get started, but this will carry on and not only benefit these two families but the families that will live there after them. Public-private partnership is critical to making it happen.”

City Councilwoman Cynthia Newbille, whose district includes both home sites, was in attendance for the event and also provided remarks.

Laughing, she told the crowd, “I was saying to Sarah at 29th Street, ‘Can we do this every other week?’ Quality affordable housing coming in our community consistently, I was so excited.

“What it would have cost just to build this without your commitment, it’s unparalleled,” Newbille said. “I just want to say thank you to all of you. I’m excited about our future because of this kind of collaborative and collective effort.”

I am a longtime resident of the city and my assessment just went up substantially. A recent article in the Times-Dispatch revealed most of the significant increases this year were in predominantly black and lower income neighborhoods, especially on the southside. At a time when assessments are on fire, our mayor and most of our council members adamantly refuse to decrease the real estate tax rate. They should all be held accountable for their actions/inactions.

We have a mayor who owns zero real estate in the City. I believe that speaks volumes.

This crazy housing market has screwed longtime residents. Over the year, every sale kept coming in higher than the previous sale and since assessments are based on market sales throughout the year, everything has gone way up. All these lower income neighborhoods suddenly became the new “affordable” price range for people that kept losing bidding wars and being priced out of areas they used to be able to afford 2 years ago. Now they’re bringing those type of home prices to these lower areas, driving up everyone’s assessment 20 to 30 and sometimes over 40 percent. I’m not sure how… Read more »

Fantastic private/public partnership on these homes! UH has done a great job of partnering with other organizations to combine skill sets and really do some great things for the community.