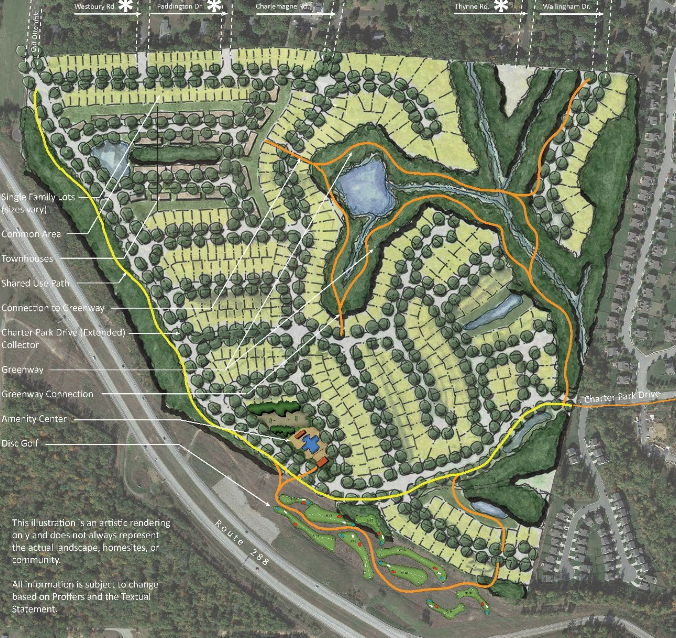 The Chesterfield Planning Commission voted last week to recommend approval of a 495-unit extension to the Charter Colony subdivision.

Charter Colony West would consist of 375 single-family homes and 120 townhomes on about 157 acres. The parcels are located at 801 Otterdale Road, 601 Westbury Drive, 327 Old Otterdale Road and 520 Charlemagne Road.

The Board of Supervisors will vote on final approval at a future meeting.

The Chesterfield Board of Supervisors voted last week to delay consideration of a proposal to build a 475-unit residential development near Cosby High School. The board is now scheduled to vote on final approval of the proposal Oct. 27.

The Chesterfield Board of Supervisors voted last week to tee up $130 million in bonds to finance the construction of a middle school in Upper Magnolia and a replacement for Falling Creek Middle School.

The Upper Magnolia middle school is being built to help alleviate overcrowding at Tomahawk Creek Middle School and to make room for anticipated growth in the area. The Falling Creek Middle School replacement would be built on the site of the existing school.

Each school is expected to cost $65 million, the county said in a news release earlier this month. The bonds will be added to the school division’s share of the upcoming November 2022 bond referendum.

Scott Zaremda to step down from deputy administrator post in Chesterfield 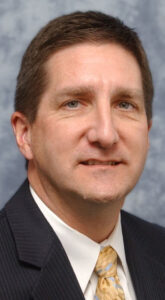 Zaremba oversees the county’s general services, information systems technology, parks and recreation and risk management departments and libraries. He was promoted to his current role in 2016.

The county began the hunt for Zaremba’s replacement Sept. 20, and the application deadline is Oct. 18.

Richmond’s real estate assessments deputy director is moving up and out to Chesterfield.

Bloomfield was promoted to his current city position in July 2014. He also served as Richmond interim director from July 2016 to June 2017. 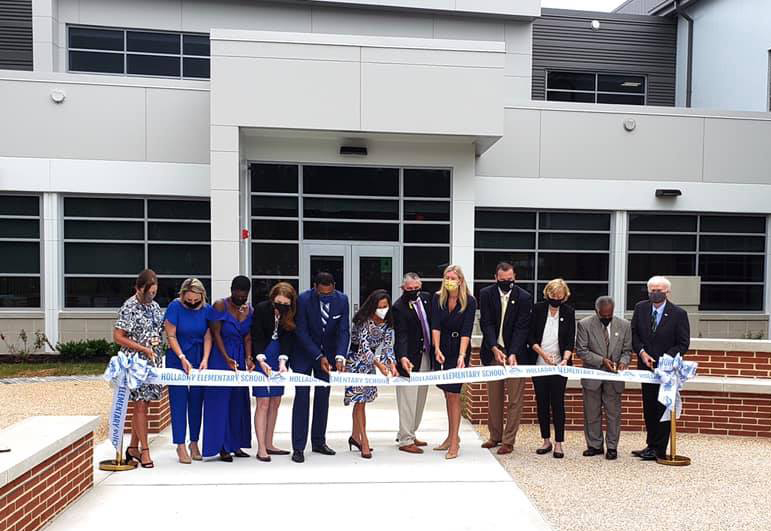 The new high schools, announced in 2018, replace previous campuses and cost $80 million each. They’re being financed with funding from the $420 million bond referendum that county voters approved in 2016, along with funds from the 2013 voter-approved meals tax. The Holladay addition, which cost $20 million, also is being paid for with referendum funding.

Business on the consent agenda includes a slew of ordinances to add sidewalks, bicycle lanes and other pedestrian and cycling improvements on portions of roads across the city, including along part of Westover Hills Boulevard. Another group of items relate to handling of dogs and cats found at large.

Two items on the consent agenda involve performance agreements related to Vtyal Studios’ relocation from Texas to a former warehouse on Semmes Avenue. Plans call for renovating the warehouse to include film studio space and post-production and development offices, and the creation of 155 new jobs.

The council was to hold a public hearing and vote on Mayor Levar Stoney’s appointment of Lincoln Saunders as chief administrative officer, but Stoney is requesting to continue those to the Oct. 11 meeting.

Saunders, Stoney’s former chief of staff, has been serving as acting CAO since December, when previous acting CAO Lenora Reid went on medical leave due to an unspecified medical event. The city announced Reid’s retirement last month, coinciding with Stoney’s recommendation to appoint Saunders to the role on a permanent basis.