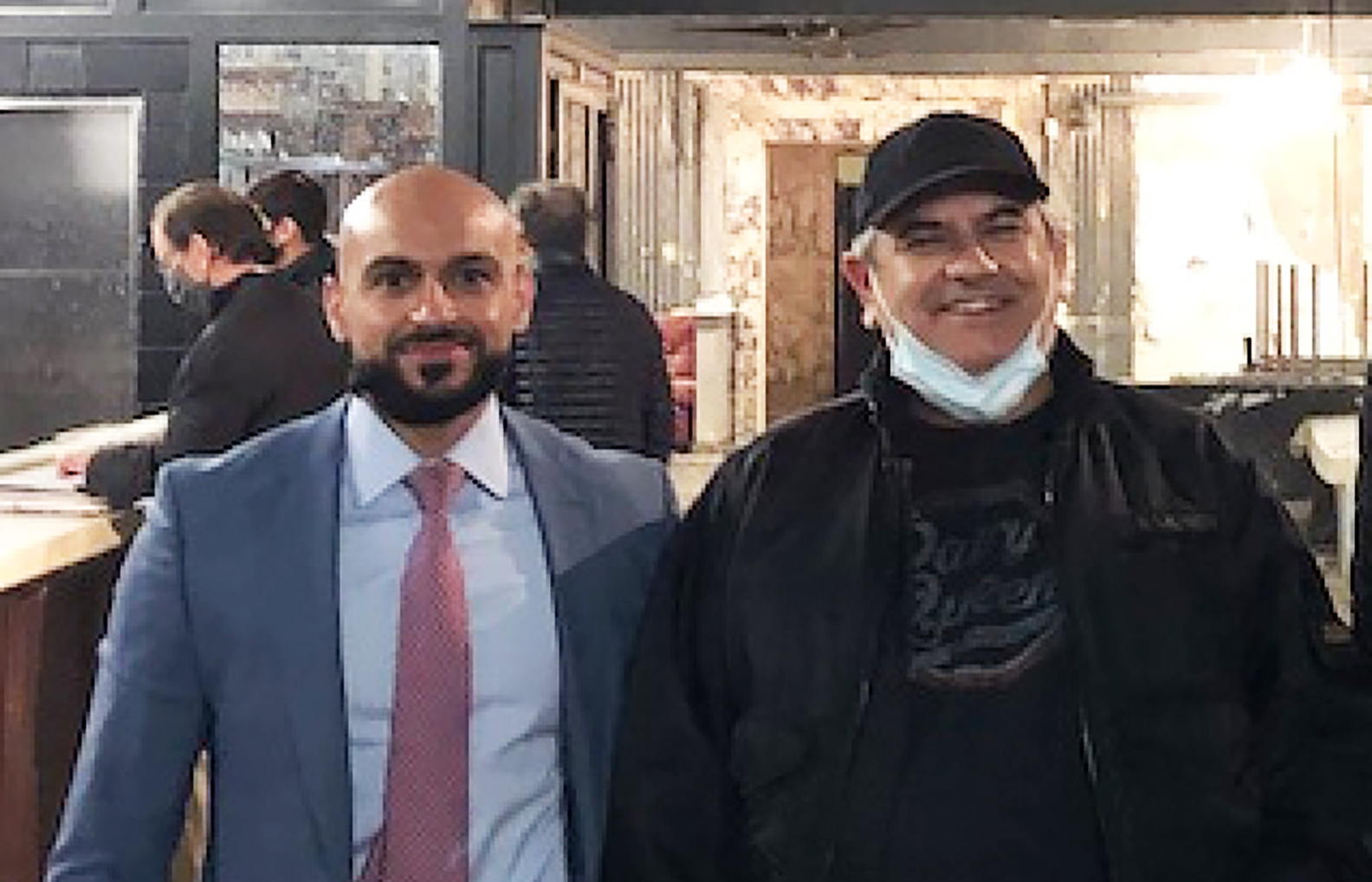 An old restaurant building along one of the busiest stretches around VCU is the latest target for a local father-son development duo.

Nael and Antar Abouzaki are planning to redevelop 931-933 W. Grace St. into a new three-story building with 21 apartments and ground-floor commercial space.

The current 4,100-square-foot building is vacant, though over the years it has been home to various restaurants including Big’s BBQ, Erika’s Restaurant, Cloud Hookah Bar & Lounge and Shawarma Shack. The Abouzakis were the operators of Shawarma Shack before buying the building last summer for $875,000.

Nael, who works as a prosecutor in Henrico County in addition to developing with his father, said that even while they were operating Shawarma Shack they had hopes to someday redevelop the property.

“Given the fact there’s so much housing that’s needed for VCU students, we had our eye on it,” Abouzaki said. “We had a back and forth with the seller for the longest time, then we gave them a price they couldn’t say no to.” 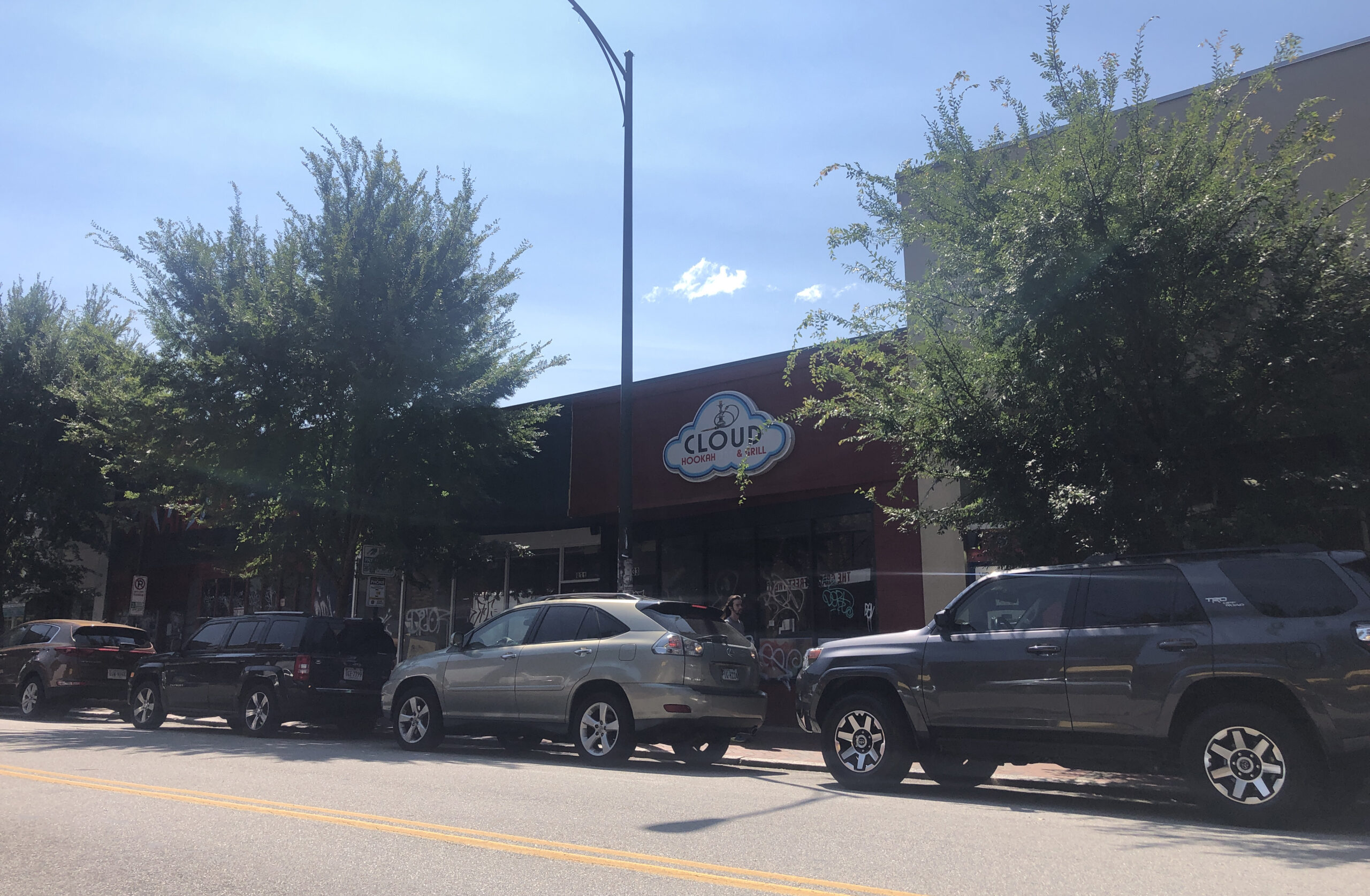 Cloud Hookah Bar & Lounge and Erika’s Restaurant are among the former occupants of the building.

With the property in hand, the Abouzakis are now planning to raze the old building to make way for a 12,000-square-foot building. About 6,000 square feet of commercial space would sit below 21 apartments, the bulk of which would be one-bedroom units.

“We want to market it to VCU students but mainly upperclassmen,” Abouzaki said. “They’ll be, I don’t want to say luxury, but they’ll be knocking on the door of luxury apartments.”

The retail space would be divided into two 3,000-square-foot suites. Abouzaki said he could see a local coffee shop or ice cream shop doing well there.

The Abouzakis have applied for a special-use permit for the project and are represented by Williams Mullen’s Preston Lloyd through the entitlement process. Abouzaki said Walter Parks Architects is the project’s architect and that they would select a general contractor after securing the SUP.

A rendering of the planned 21-unit apartment project. (Courtesy of Nael Abouzaki)

They hope to begin work on the project this fall.

The Abouzakis’ other holdings include 214 N. Lombardy St., which recently lost tenant Ever Better Coffee Co. The coffee shop’s closure came about six months after a Richmond Magazine report about Ever Better’s use of ingredients from controversial supplement company Herbalife Nutrition in its shakes.

The Abouzakis also are mulling their options of what to do with the former bank-turned-nightclub building at 1005 E. Main St. which they won at auction in March for $570,000.

“We’ve drawn it out for 10-to-12 floors with luxury condos,” Nael said of the Main Street property. “We have a drawing in place for that. If we build up 12 floors, then we can utilize the roof for some kind of a commercial space where you can see the river on one side and the Capitol on the other,” Abouzaki said.

Hopefully the developers they can work with the city to resolve the recent flash flooding issue in this area.

They should make this 5 to 8 stories tall to create more housing. Also 3 stories is kind of short being so close to VCU.

Agreed, also reconfigure window placement being that either building on the side could build taller blocking their windows.

I love the idea, but since they are trying to cater to upperclassmen (who will drive cars as they prepare for life after college), I wonder if they have a plan to address parking. Grace street is already pretty tight.

I would think anyone living there would be doing so to avoid having to use a car. When I was an upperclassman in a different city, I didn’t have a car, and didn’t need it. Very few of my classmates had a car, and generally it was because they had girlfriends in other cities

Something is off with the math here. 12K square feet but 6K for commercial space. I don’t see how you get 21 units our of the remaining 6K square foot which averages 285 sq ft per unit. That’s pretty small not to mention you have to account for lost space for hallways, mechanical rooms, elevators, stairs, etc. etc.

Good point. The property footprint is 6.4k SqFt, so looks like 24k plus perhaps another 4k on the top floor. Must be a typo/confusion.