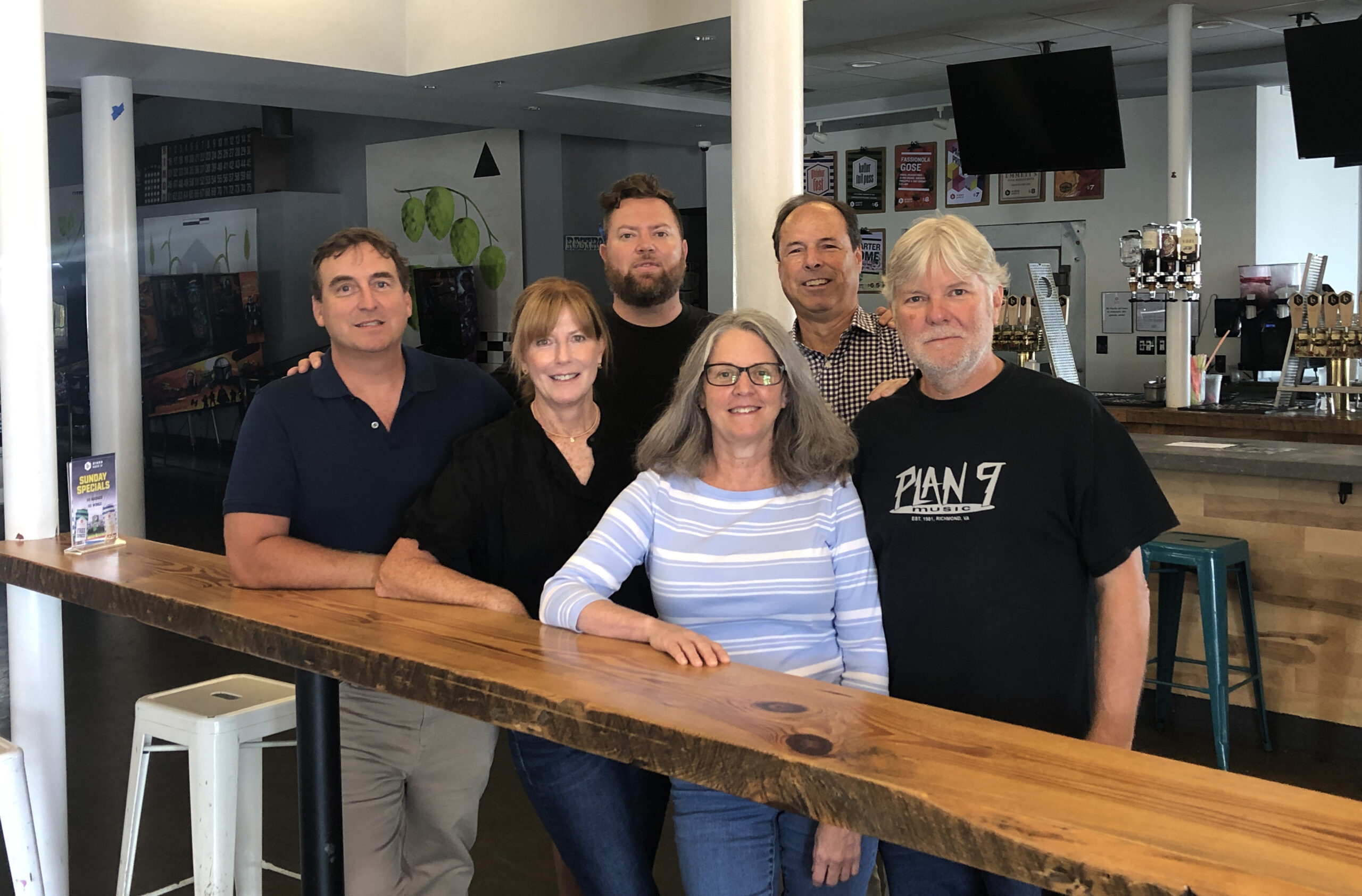 With a new slate of owners on board, a Scott’s Addition brewery has also welcomed in some fresh hardware to ramp up its production.

Bingo Beer Co. recently expanded brewing capacity at its taproom at 2900 W. Broad St., allowing the brewery to increase its beer output by about 60 percent.

The new tanks arrived a few months after a quartet of new business partners joined Bingo’s ownership team. Two couples — Patrick and Sherrie Becker, and Tracey Johnson and Mark Lipscombe — bought stakes in the brewery and restaurant in late 2020.

The Beckers, who also own a restaurant in Corolla, North Carolina, began discussing buying into Bingo last summer.

“We’ve known Ted (Ukrop) for many years and had been talking about Bingo for quite a while,” Sherrie said. “We were really interested in the brewery side of things.”

The Beckers, Johnson and Lipscombe bought into the business for an undisclosed amount and now each own 25 percent of Bingo, as do Ukrop and Bayer.

Jones and Alley could not be reached about why they left the business. Becker said she believes the duo had other endeavors that they wanted to move on to. Last year, Alley and Jones closed their longtime local restaurant Comfort, and Alley was hired by the City of Richmond as a provisional policy advisor for the restaurant industry.

One of the first changes at Bingo under new ownership is the addition of the two new tanks to help with the production of beers like Bingo Lager, the brewery’s flagship beer since its 2018 opening.

“The distribution of Bingo all over Virginia has really amped up quite a bit,” Becker said. “We have more beer in bars and restaurants and in grocery stores as well. We’re pretty proud of the distribution right now.”

“It just made sense to add the tanks for some additional capacity,” Patrick added.

The new side-loading tanks are made specifically for lagers, which the Beckers said is a bit more challenging to brew than other styles of beer.

“An IPA’s a heavier flavor, so you have a little bit more leeway if something doesn’t come out just right — the other heavy flavors will mask that imperfection,” Patrick said. “With lagers and pilsners, it’s a fine line and they have to be more precise.”

One of Bingo’s pilsners recently received some national recognition. Last month its Rail Pass won a silver medal at the Great American Beer Festival in Boulder, Colorado. The beer was in the German-Style Pilsner category, and marks the second time in three years that Bingo had a lager or pilsner win at the national event.