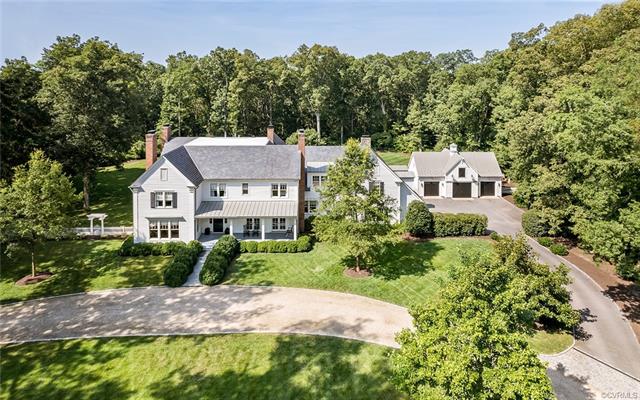 Note: This article has been updated with the house’s architects.

The priciest residential real estate transaction in the region last month went to the president of a locally based medical distributor, who purchased it for over $800,000 above asking price. 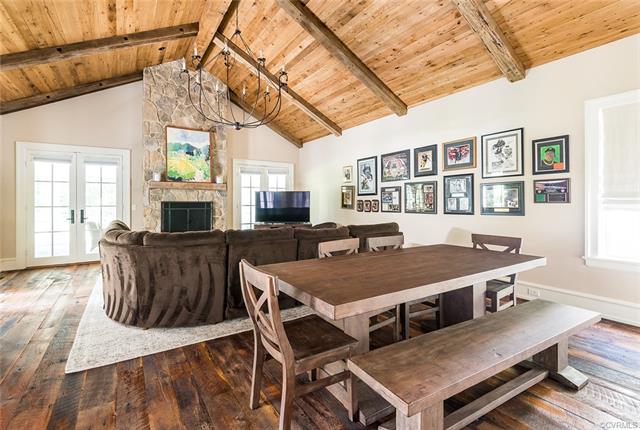 The house’s great room with stone fireplace and vaulted ceiling.

County property records list the buyers as Stanton and Mary McComb. Stanton is president of McKesson Medical-Surgical, a wholesale medical-surgical supplier headquartered in Henrico. They were represented by Carrie Robeson with The Steele Group | Sotheby’s International Realty.

Long & Foster’s Eliza Branch had the listing, representing sellers Larry and Virginia Eiben, who purchased the home in 2012 for $925,000. Larry Eiben is managing director of Thirdline Capital, a portfolio management firm he co-founded this year.

The 5-acre property most recently was assessed by Goochland at $1.77 million.

Branch said the Eibens are relocating locally to a more urban setting. The McCombs are moving from Henley, near Short Pump, where their previous home at 12413 Willscott Place was put under contract in August days after it was listed at $2.25 million. Steele Group’s Debbie Gibbs has that listing, which remained pending this week. 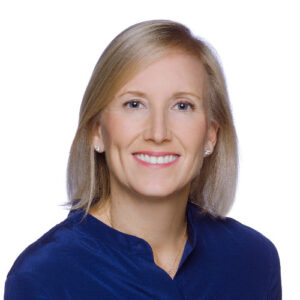 Branch said she received six offers on the listing, resulting in a bidding war that drove the sale price to heights she hadn’t seen before.

“Mark Franko, the custom builder, built it all brand-new. Agents were sort of wowed by it,” she said. “I had people calling from out of town that were not even in the Richmond market. They just wanted to see that house specifically.”

Built in 2013 and designed by Jay Hugo and Erin Webb of local architecture firm 3north, the house totals six bedrooms, five bathrooms and two half-baths across two levels, with pine floors, pocket doors and seven fireplaces. The house is constructed with cypress and topped with a slate roof with zink-coated copper utter and downspouts.

The house includes first- and second-floor laundry rooms, a mud room with built-ins, a two-car attached garage and a three-car detached garage. The property also has covered porches, a rear bluestone patio and screened porch with stone fireplace. 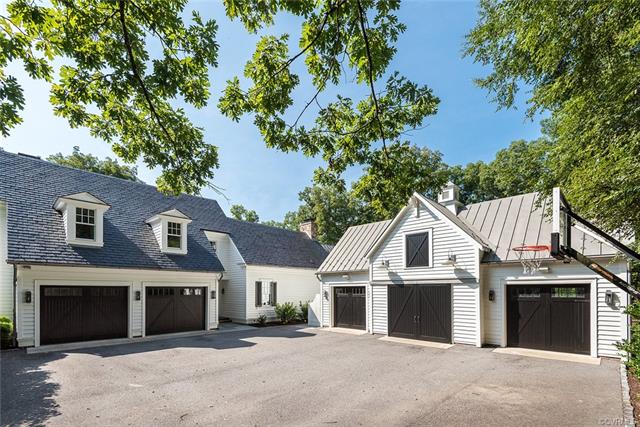 “It looked like it could’ve been an 1800s farmhouse that was new,” Branch said. “It had seven fireplaces, beautiful random-width floors and tall ceilings. The detail was just amazing.”

The deal is Branch’s latest in the seven-figure range. In August, she repped the buyer on a Windsor Farms home that sold for $1.94 million as the month’s third priciest sale. And in April, she topped the list with a Hampton Gardens home that she sold for $1.77 million.

Rounding out the top five home sales for September were, according to the Central Virginia Regional Multiple Listing Service:

Big miss on the listing price

It was listed $995,000 over the highest Lower Tuckahoe sale EVER listed in the MLS. Going back 10 years in the MLS, there are 2 others in Goochland county with a sales price above $3Mil… both on the water and with >10,000 sf.

With 7 offers, I think the market did a great job of adjusting price on a house that’s nearly impossible to nail down.

One of the nicest houses I’ve toured, I’m sure the buyers and sellers are both very happy with the results of this sale.

Kudos to 3North as the architect – beautiful home!

Do sellers pay the standard 6% commission for a transaction this large? I cannot imagine how an agent would add that much value in this market

Not usually. At least not if they have any basic negotiating skills which generally sellers at this price point do

you can negotiate a 2/2 which is what I’ve seen and done.