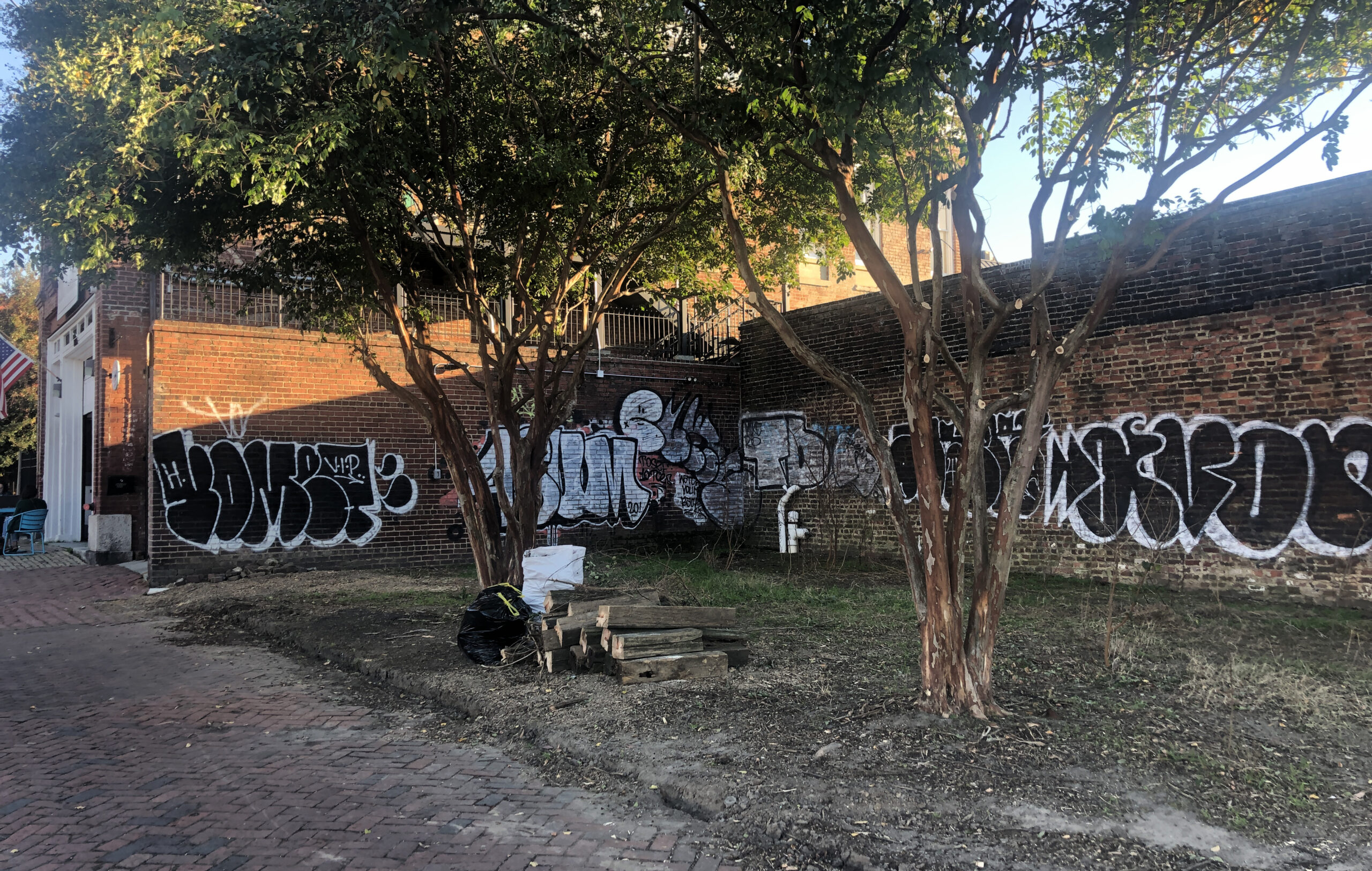 It was sometime last year, Ryan O’Rourke said, that he and his staff got tired of cleaning up a vacant piece of land next to his Shockoe Bottom coffeeshop, Ironclad Coffee Roasters.

So when O’Rourke saw a “for sale” sign go up on the plot, he contacted his landlord Bruce Vanderbilt.

“People just toss trash and use it to let their dogs poop there and not pick it up. It’s been a pretty gross, abandoned, derelict piece of land,” O’Rourke said of 127 N. 18th St., a 0.05-acre parcel just west of Ironclad that O’Rourke said has been a garbage heap ever since he opened his cafe at 1805 E. Grace St. in 2018.

“We adopted it informally. I don’t know how many times I cleaned it up, but it’s been a lot,” he said. “We’ve picked up hundreds of pounds of trash there. We tried to keep it nice because it was right next to us.”

Not long after he heard from O’Rourke, Vanderbilt, who owns about a dozen properties throughout the city, lined up a deal to buy the parcel.

“I think it was held in some kind of trust so the owners weren’t really caring for it,” Vanderbilt said of the land. “(Buying it) just made sense all the way around.”

Vanderbilt closed on the land last week, acquiring it for $150,000, and is preparing to convert it into an extended patio for Ironclad.

“There’s probably a lot of things we could do with it, especially when the weather’s nice. We could do outdoor concerts,” O’Rourke said.

“We’ll do a few benches, but it’s not going to be chock full of seating. It’ll be like a beautiful, little oasis in the city.”

He added that he’s planning to register the space with Homegrown National Park, a nonprofit that advocates for regenerating local ecosystems by planting native plants.

Ironclad has already signed a lease for the space, which will be fenced off and for customers only.

Vanderbilt said there was another reason he was motivated to secure the land beside the former firehouse-turned-coffeehouse.

“We have some nice sweeping views of the skyline from the firehouse,” Vanderbilt said. “We wanted to protect that.”

O’Rourke said he’s begun landscaping the land and is hoping to have work finished by late winter or early spring of 2022.