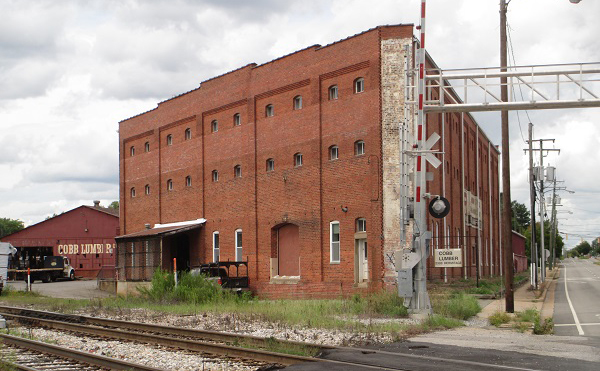 A pair of recent land deals are setting the stage for a mixed-use development of a longtime industrial site along Hermitage Road.

An entity tied to The Breeden Co. closed this month on its purchase of the Cobb Lumber site at 2300 Hermitage Road, where the Virginia Beach-based developer is planning a new-construction project that would include a new headquarters for its Richmond-based construction arm, Breeden Construction.

The entity, Duplex Station LLC, paid $3.2 million for the nearly 2-acre property in a deal that closed Nov. 8. City property records show the site was most recently assessed at $1.42 million.

The seller was Foundry Associates, an entity owned by Steven Clifton and Garland Clay. Clifton is president of Cobb Lumber, which has operated there since 1990. Records show that they paid $260,000 for the property, which is on the west side of Hermitage between the railroad tracks and the Richmond Ambulance Authority property.

A rendering of the proposed mixed-use building.

Breeden also is buying a sliver of RAA’s property at 2400 Hermitage Road for the project. Last month, the Richmond City Council approved a surplus designation and TOD-1 zoning for the 0.17-acre portion, which the city agreed to sell to affiliate Breeden Investment Properties for $110,250.

Duplex Station LLC is a reference to Breeden’s project, named “Duplex Station on Hermitage.” The six-story building, which would replace the property’s existing structures and fill the entire triangular-shaped site, is planned for 142 apartments and 24,000 square feet of commercial space that would house Breeden Construction.

The project name is a nod to Duplex Envelope Co., a Richmond business that manufactured offering envelopes for churches. Breeden’s founder, Ramon Breeden Jr., worked at Duplex’s factory a few blocks away — in what’s now the Coliseum Lofts building on West Broad Street — following in the footsteps of his father, who worked at Duplex his whole career. 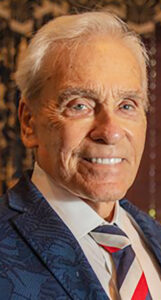 “We have a long history with the envelope company that was there in that area of town,” Breeden Jr. said in an interview. “In that way, (the project site) meant a lot to us.

“My father went to work there when he was probably 11-12 years old, as people did in those days. He swept floors and so forth, but he worked his way up. He became a vice president of Duplex Envelope Co.,” Breeden said. “I went to work there myself in high school. I walked from the old John Marshall about a mile down the street to get to Duplex.

“When we came upon this land, my son said, ‘Dad, let’s call it Duplex,’ sort of in honor of him.”

Planned as a $53 million investment by the company, Duplex Station would include a ground-floor parking garage with 153 spaces, as well as amenities including a pool, fitness center, rooftop lounge, bicycle storage and electric car charging stations.

The apartments would range in size from 750 to 1,400 square feet and include 58 one-bedroom, 68 two-bedroom and 27 three-bedroom floorplans. Interiors are planned to include granite countertops, vinyl plank flooring, and washers and dryers and other appliances. Rents for the units are planned to range from about $1,600 to $2,500 a month.

Breeden Construction will be the contractor on the project. The 100-person firm is currently based in the Glen Forest Office Park in western Henrico.

Construction is planned to start in early 2023. Dallas-based Humphreys & Partners Architects designed the building, and Richmond-based Timmons Group drew up site plans for the project. 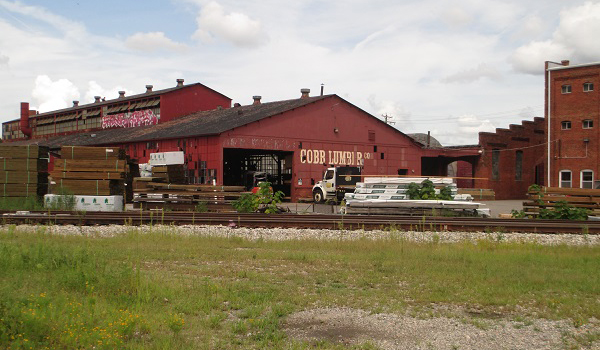 The cluster of warehouses and industrial buildings currently on the site would be razed.

Breeden said the project will be a welcome home for Breeden Construction, which has nearly doubled its staff count since last year.

“The construction company has grown so incredibly fast over the last eight or 10 years. It’s really taken off,” Breeden said. “We’ve got a good team up there. We do (construction) not only for me but for other developers also.”

Duplex Station would bring an end to the Cobb Lumber site’s history as an industrial property. Dating back to 1906, the complex was built for the former Richmond Foundry & Manufacturing Co., which occupied the site under various names and incarnations until 1987, according to documents related to historic tax credit eligibility filed last year with the Virginia Department of Historic Resources.

Breeden Construction’s local projects include the Center West apartments near Westchester Commons, where the firm is starting work on a final wave of units.

Note: This story has been updated with rental rates confirmed after publication.

“We’ve always loved the fabric of this area because of its historic industrial buildings. That’s why we’re going to completely level this one.”

“according to documents related to historic tax credit eligibility “

This is another good example of re-development initiated by the private sector. When the project is completed it will be a bigger contributor to the City’s tax base than what its replacing.

Furthermore, not every building has historical significance as Denis Etonach laments.

I’m glad to see this site get some love, but I have to admit that the old brick warehouses had a lot more character and created a much more interesting skyline than the buildings that will replace it. The rendering looks nice, but a little soulless, more like something you’d find in Innsbrook or Short Pump. Kudos to the developer for building in density and parking, as well as for creating a number of two- and three-bedroom units in the plans. Let’s hope that as the project moves forward tweaks will give it even more character. It seems to me… Read more »

Great, tear down those beautiful brick buildings and throw up another blocky, generic apartment complex filled with plastic everything. Shame on you. Do better, be more original.