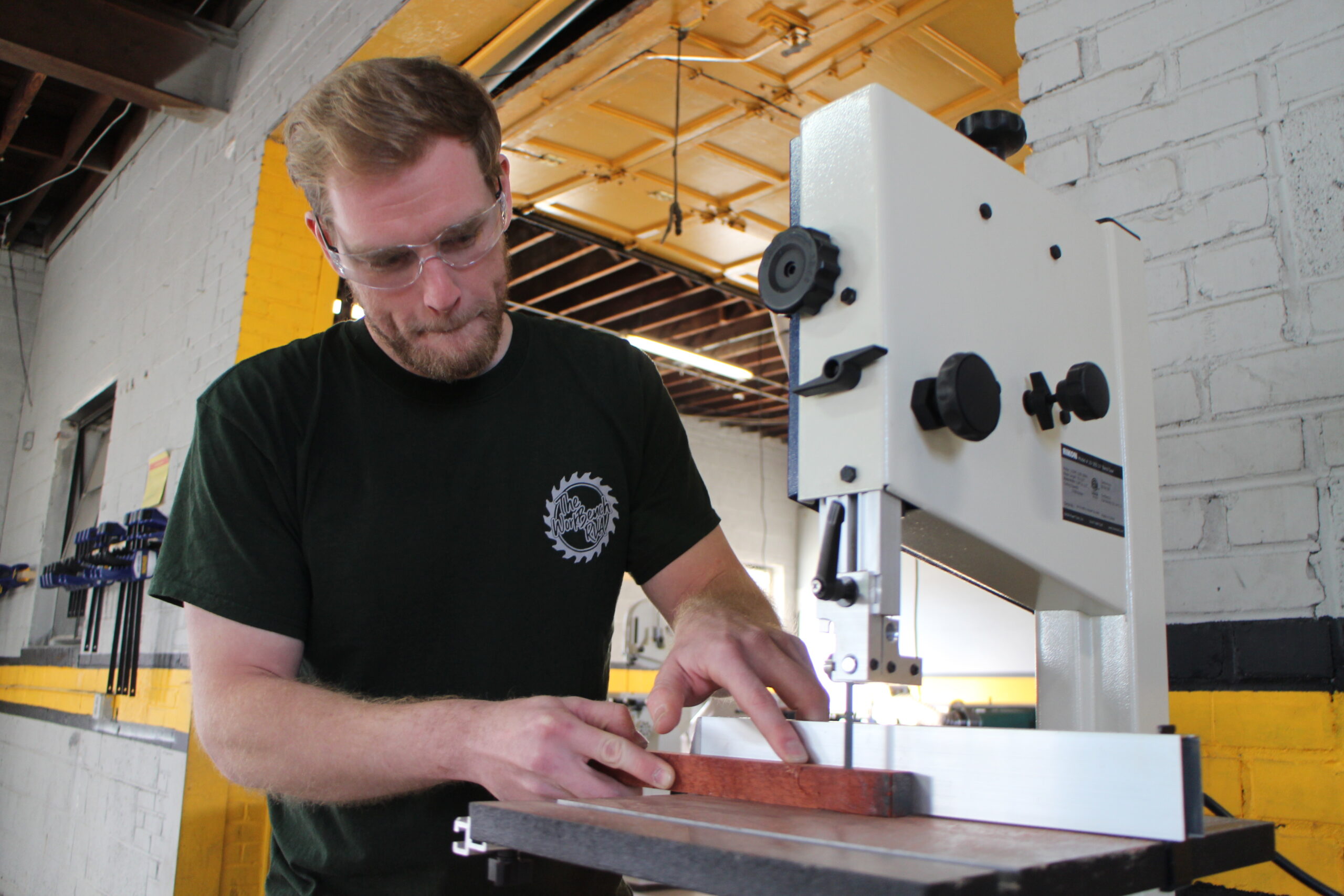 Dalton Rudd wants to carve out a business niche with his new membership-based woodworking shop.

The Chesterfield native had the idea for the shop while working at hometown Sibley’s Custom Cabinetry in between community college classes and enrollment at Longwood University, where he graduated with a business administration degree in 2020.

“I walked into the shop one day and (Mike Sibley) had all this equipment. It dawned on me like, ‘You know, I know I’m not the only person in this world who likes woodworking, who likes to make things, who has this hobby. I need to figure out how to make this a public thing,” Rudd said.

He kept the idea in mind through his studies and decided to launch the business after he finished college.

“I had no clue what I wanted to do in my life. No idea. It’s going to sound weird, but woodworking has always been there for me. It’s my release, my therapy. Whenever there’s something wrong in life I always turn to woodworking,” he said.

Rudd said he invested $50,000 in renovations and equipment for the shop. Among the shop’s equipment are two table saws, two lathes, a 14-inch bandsaw, two drill presses, a 60-watt laser, two miter saws, sanders and more. 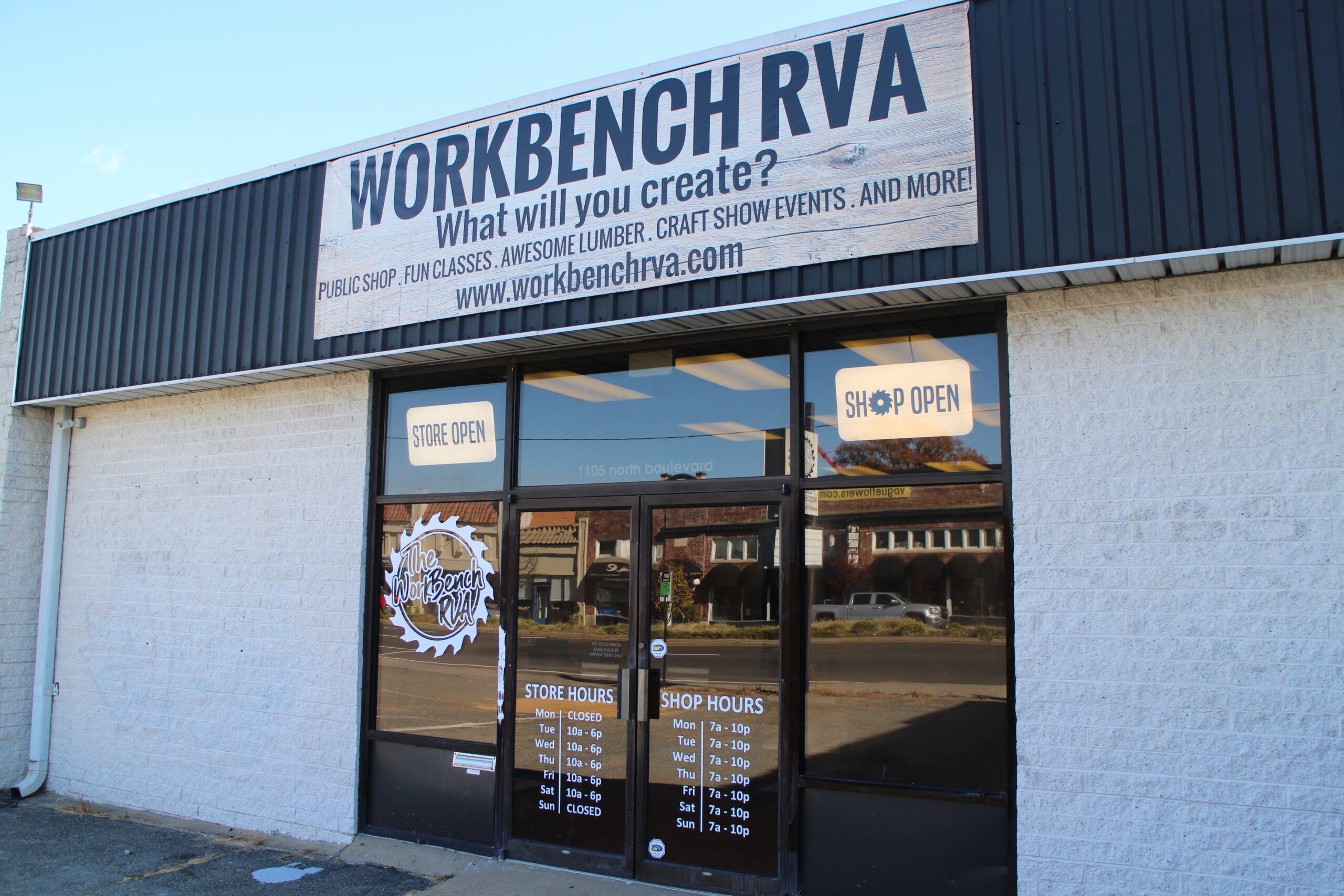 The Workbench RVA is at 1105 N. Arthur Ashe Blvd. In addition to workspace and equipment for woodworking, Workbench also sells lumber.

He likened Workbench RVA to a gym in that members pay for access to tools and equipment for woodworking, rather than exercise.

The space was formerly a Black Optix Tint, a chain of car window tint and customization stores.

The 4,200-square-foot space also features a retail area where Rudd sells brand merchandise and lumber. While membership gets a person into the workshop, lumber has to be purchased separately. The shop will also sell consignment items made by members.

Workbench requires its members to pass a two-hour safety course in order to use the equipment.

The business is currently a one-man show, as Rudd doesn’t have any employees. Speaking last week, Rudd said he didn’t have any members yet.

Rudd is banking on selling memberships to the residents of apartment-heavy Scott’s Addition and nearby areas, who may be interested in woodworking but don’t have the space for it at home. Rudd has geared the workshop toward experienced woodworkers as well as people new to the hobby.

“I figured there are a lot of apartments around here and people don’t have access to a garage or shed where they have access to their tools,” Rudd said.

Among the upcoming apartment projects in Scott’s Addition is The Icon, a 300-unit complex by Louis Salomonsky and David White.

Workbench is next door to properties recently purchased by D.C.-based Level 2 Development and SJG Properties. The firms are planning to build a mixed-use development there.

This is a marvelous idea, I’ll bet bunches of people will want this. Good luck!

Thank you so much!

Nice article about a very cool business! Best of luck, Dalton! Scott’s Addition is lucky to have you in their neighborhood.

I appreciate that, thank you

Dalton – congratulations on your launch! Small business has its challenges but also many rewards. One idea for future growth would be in team building events for other businesses – let me know if I can help in any way. Coressa and I are excited for you!

This is a great idea! I am a woodworker who does have a garage and many tools, but sometimes I am doing a project where I need something specific that I don’t have. Have you also considered renting space/equipment on a per project basis in addition to memberships? I would definitely use this from time to time but don’t have an ongoing monthly need. Just an idea!

Love this idea! My son, a teen, loves using what crummy tools we have lying around. I wish you much success. Would also love to see another model where we could utilize your space and become patrons – but a membership model doesn’t fit our needs.