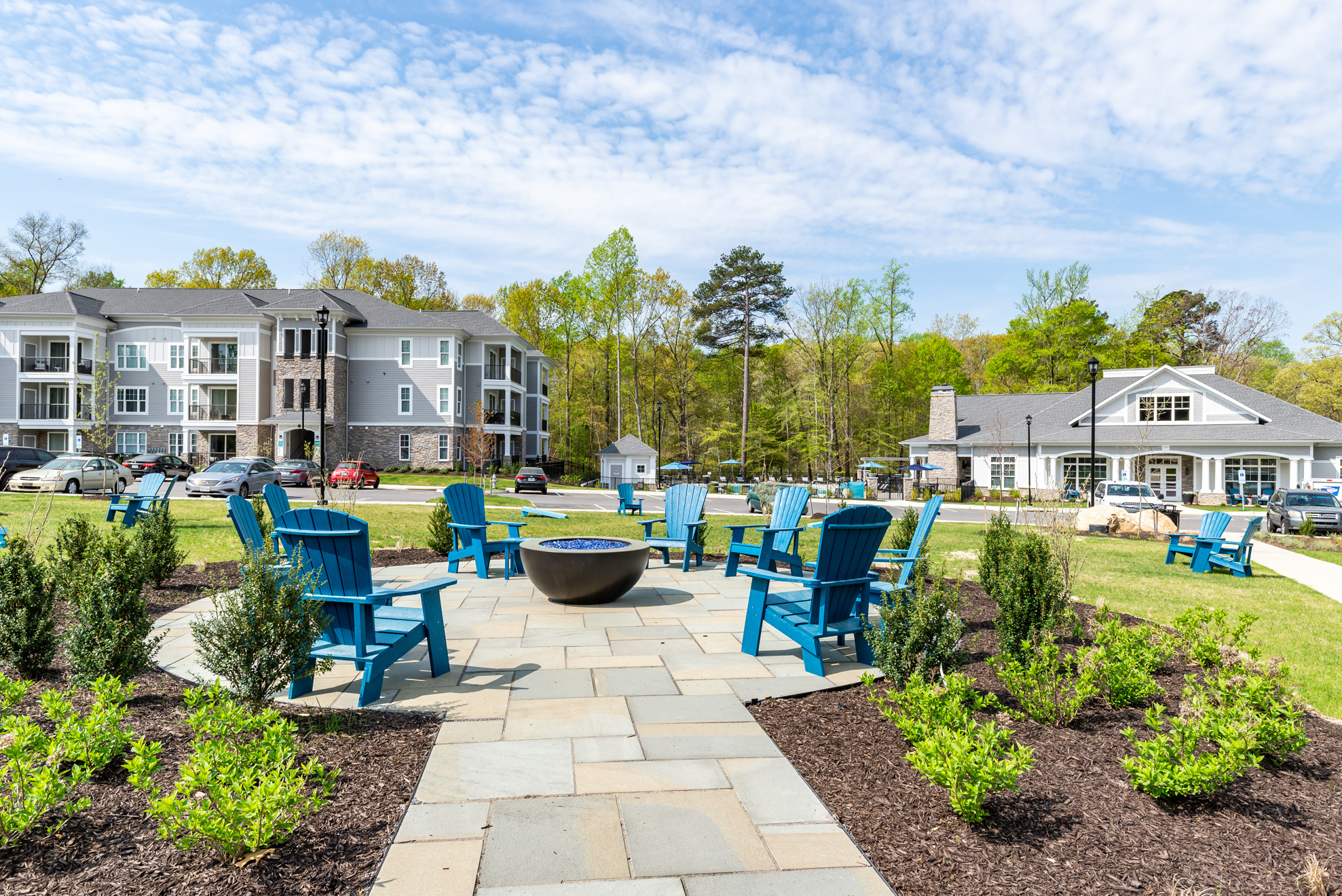 End-of-year apartment deals continue to come in, with one local firm selling a newly built complex in the Boulders Office Park, and another picking up a 1980s-era property in Henrico.

The 248-unit Boulders Lakeside apartments sold Dec. 29 for $71.6 million. American Landmark Apartments, out of Florida, was the buyer.

The sellers were Richmond-based Dominion Realty Partners and Florida-based Amzak Capital Management, which completed Boulders Lakeside last year at a cost of about $47 million. The 24-acre property, at 1006 Boulders Lake Terrace, is assessed by Chesterfield County at $32.8 million.

The seven-building complex was about 97 percent occupied at closing, with monthly rents averaging upward of $1,500 for the one- and two-bedroom units, which range in size from 750 to 1,150 square feet.

A second wave of apartments, the 212-unit Boulders Lakeview, is under construction nearby. DRP is also leading that project.

The deal marks a return to the Richmond market for American Landmark, which previously owned Millspring Commons, a 159-unit complex in Henrico, which it bought with Electra America in 2016 and sold in 2017. American Landmark owns and operates 32,000 units in multifamily communities in the Carolinas, Georgia, Florida, Tennessee and Texas. 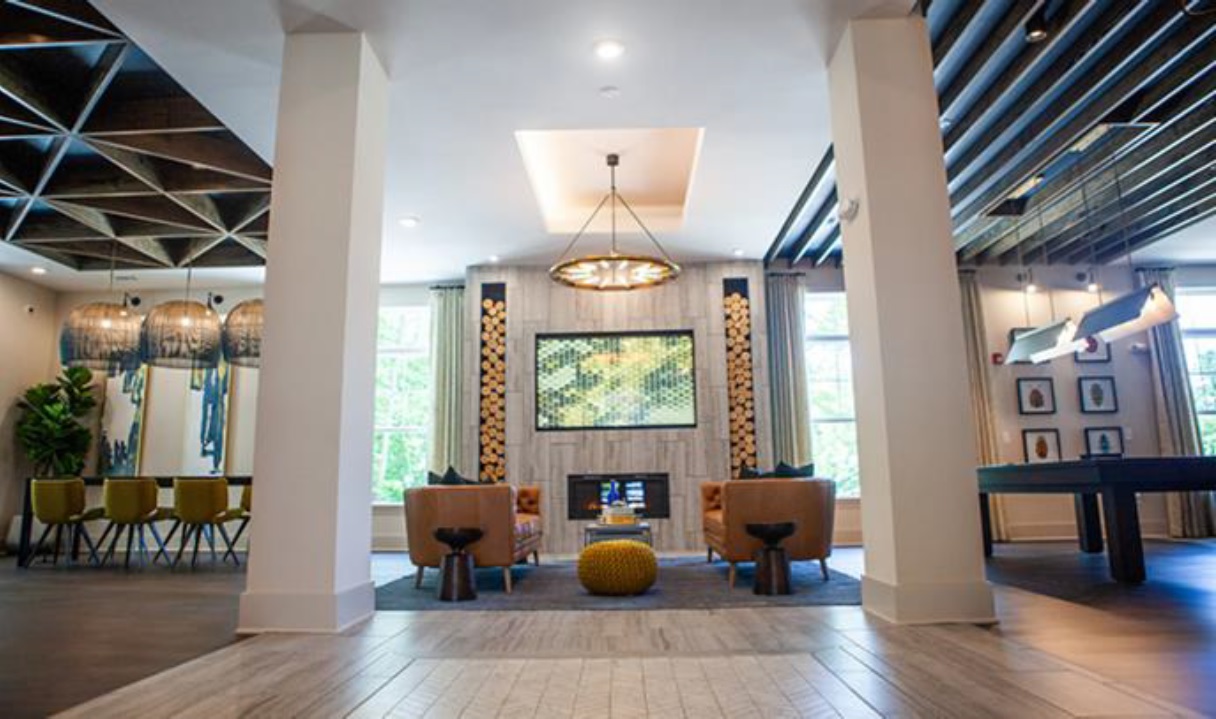 The clubhouse at Boulders Lakeside includes a TV lounge with a fireplace.

The company said in a news release that Boulders Lakeside would be its sole asset in the Richmond market “for the time being.” It said the transaction closed in 45 days with financing provided by Capital One.

Colliers brokered the sale for DRP, which was represented in negotiations by Hunton Andrews Kurth.

American Landmark’s release noted the site’s proximity to Stony Point Fashion Park and Powhite Park, as well as its location in an Opportunity Zone, which provides tax benefits for investment of unrealized capital gains. The office park is between Chippenham and Powhite parkways, and between Jahnke Road and Midlothian Turnpike.

Amenities include a clubhouse with pool, gym, fitness studio and a game room overlooking an adjacent lake, as well as a pet park and washing station, grills, walking trails and an automated package delivery system.

With 8 acres of the site left undisturbed as green space, Boulders Lakeside is slated to obtain a green building designation from the National Association of Home Builders, according to DRP, whose local developments include the Residences at the John Marshall, Riverside on the James and Vistas on the James.

In addition to Boulders Lakeview, which it projects to cost $42 million, DRP is starting work on The Apartments @ Innsbrook Square, an $80 million development planned to fill 12 acres in Innsbrook with 305 apartments and 58 for-sale townhomes. 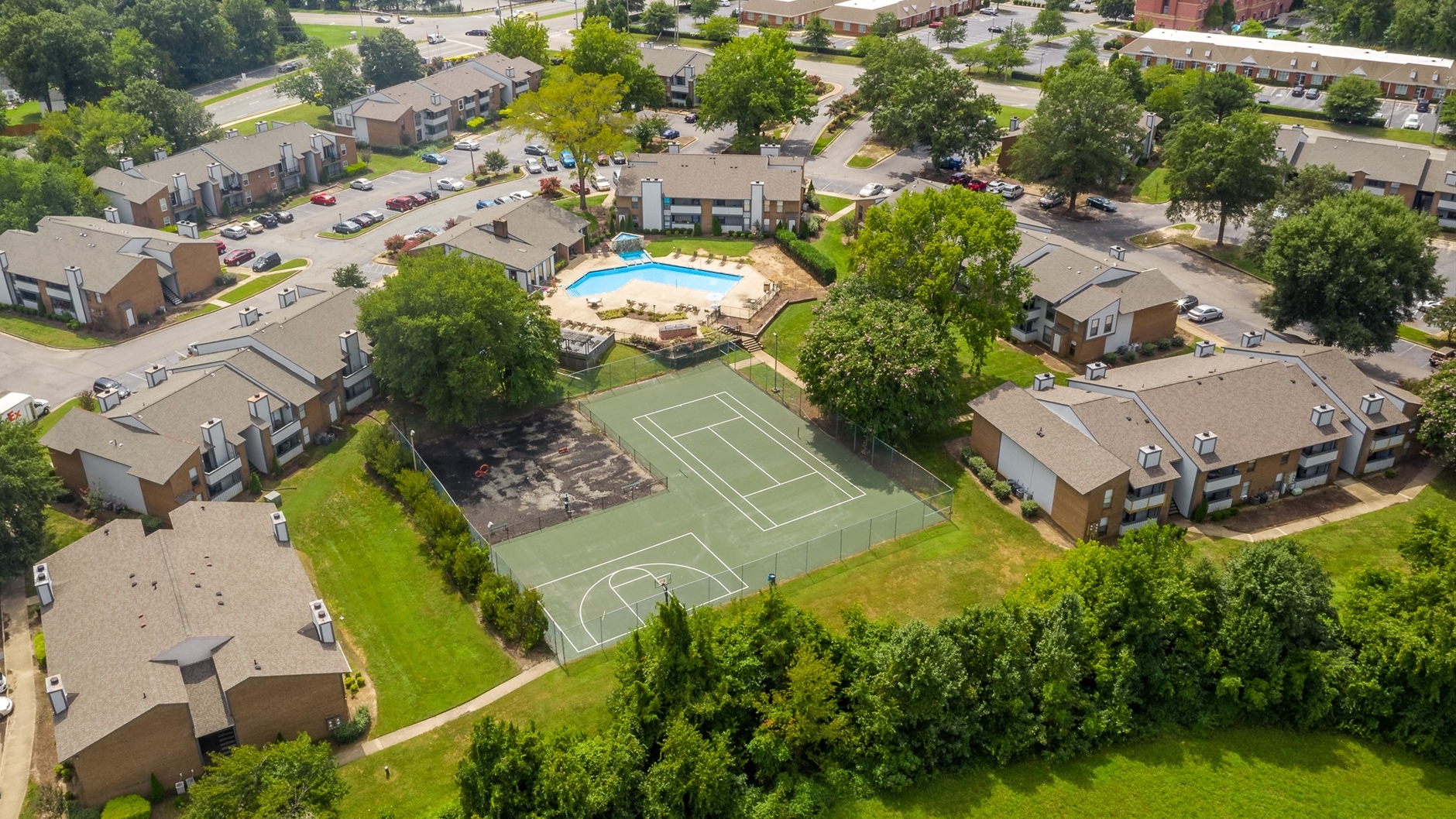 Henrico-based McCann Realty Partners was the buyer, along with an unnamed partner. McCann principal Thomas Upson declined to identify the other firm. 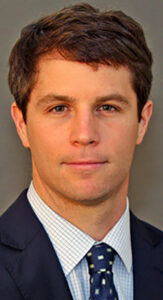 Upson said McCann, led by managing principals Matt Akin and D. Fleet Wallace, was attracted to the property for its location near Broad Street and access to Interstate 64. The property fills 18 acres along Glenside northeast of its intersection with Bethlehem Road.

“We think it’s a great location, with the access to I-64 right there on Glenside and to other West End amenities,” Upson said.

“We think there’s a lot of upside to improving the amenities of the property. It’s got a great canvas, and we’re going to spend substantial capital to improve the clubhouse, fix up the pool and fix up the other outdoor spaces,” Upson said, declining to specify an investment amount. He said work would start in coming months.

The seller was MDO Park West LLC, an entity led by California-based MDO Capital, which purchased the 18-acre complex in 2016 for $28.5 million. The county most recently assessed the property at $37.9 million.

Built in 1985, the garden-style apartments include 109 units that have been renovated, while the rest are in their original condition, according to marketing info from Colliers. The brokerage represented MDO in the deal.

Upson said the apartments were 95 percent occupied at closing. Monthly rents range from $930 to $1,100 for one- and two-bedroom units, with sizes ranging from 510 to 930 square feet, according to Park West End’s website.

Amenities include a clubhouse, pool, fitness center, tennis and basketball courts, and a dog park. The property also has two laundry facilities.

The purchase is the latest local acquisition for McCann, which in late 2019 bought three area properties: the 266-unit Courthouse Green Townhomes in Chester, which it purchased with Philadelphia-based LEM Capital; and the 503-unit Discovery West End apartments and 350-unit Trails at Short Pump, the latter two with investment firm Angelo Gordon.