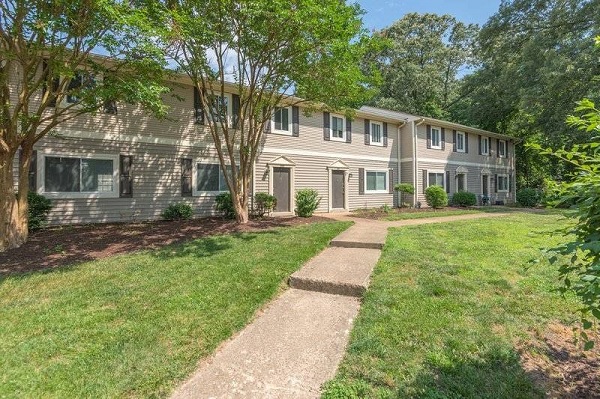 Keeping up a streak of changing hands every three years or so, a Chester apartment complex is now under local ownership after selling for more than $8 million above what it went for in 2017.

The 266-unit Courthouse Green Townhomes at 6417 Statute St. sold Nov. 16 for $33.75 million. The buyer is a joint venture between Henrico-based McCann Realty Partners and LEM Capital, a private equity firm based in Philadelphia.

RailField has invested in the property since its purchase, installing new windows and upgrading unit interiors, said Wink Ewing, who brokered the deal with Carter Wood while both were agents with Newmark Knight Frank (they are now with other firms).

Railfield had said it planned to spend about $2 million on upgrades to the complex’s common areas and units when it acquired Courthouse Green.

McCann, based in Henrico, said it likewise plans to invest in upgrades to unit interiors and exteriors, as well as community amenities. Principals Matt Akin and Thomas Upson did not specify how much would be put into the upgrades, describing the investment as “a material amount.”

Upson said the property had been on their radar since Akin’s days with UDR, or United Dominion Realty Trust, which was among Courthouse Green’s previous owners. Upson said they had vied for the property when it came on the market earlier this year but pulled back from it in the early months of the pandemic.

When the listing came back up over the summer, Upson said LEM was on board to give it another go. 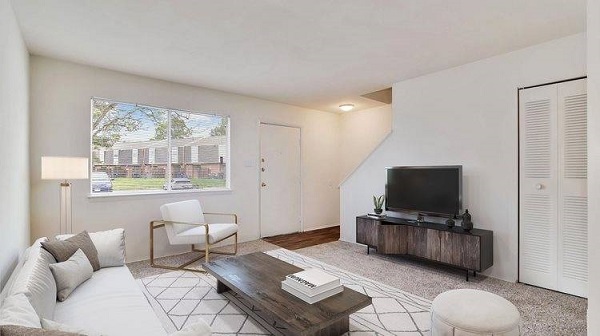 “We decided with our equity partner it was a good time to go in and try to buy it,” Upson said. “We really like the fact that it’s all townhomes. In this environment that we’re in today and looking forward into the future, people, generally speaking, enjoy living in a townhome property. It’s all two-story product and all direct-entry townhomes, so it feels like you’ve got your own house for a lot of the residents.”

They said they were also drawn to Courthouse Green for its low density and proximity to Route 288 and Route 10/Iron Bridge Road. The complex was built in 1973 and includes a pool, fitness center, playground and picnic facilities across two lots that make up the property. It’s also located near the Chesterfield County government campus.

Units range from 665 to 1,200 square feet with rents ranging from about $1,100 to $1,500 per month. Planned upgrades include new appliances, washer and dryer installations, improved flooring and granite countertops in some units.

McCann and LEM also plan to renovate the clubhouse and fitness center and add outdoor entertainment and seating areas with grilling stations. Atlanta-based Pegasus Residential is managing the property.

Courthouse Green brings McCann’s apartment portfolio to eight properties, including two others in the Richmond area. It also owns the Trails at Short Pump and the Villages at West Laurel, which it purchased last year with New York-based Angelo Gordon, as well as properties in North Carolina, Georgia, Florida and Texas. McCann also has bought and sold properties in Tennessee and Indiana.

Akin said the firm typically follows a three-year schedule for acquiring, upgrading and then selling off properties, as it did recently with the Hickory Creek apartments in Henrico. The company purchased the 294-unit complex in 2016 for $28.55 million, made enhancements, and then sold it in 2019 to locally based Capital Square 1031 for $45.6 million.

“We’re always trying to build one to two deals at a time,” Akin said. “We’re always looking to acquire, and we’re always selling assets. Whenever we’ve maximized what we think we can do to it, turned it around and created enough value, we sell those.”

He added, “We’ve been selling (in) two to three years over the last four or five years. The market’s been very good, so we’ve been able to execute like a Hickory Creek: bought it, renovated it, held it for almost three years and sold it.”

Other multifamily properties in the Richmond market have followed a similar pattern of changing ownership every few years. In January, the 159-unit Millspring Commons apartments in Henrico sold for $28.52 million, likewise $8 million above what it sold for two years earlier. The complex had changed hands almost every other year for the past six years, selling four times since 2014.

Chesterfield and Henrico had a long history of supporting only low density suburban sprawl, which results were turning the few apartment complexes into commodities for trading. The political winds have changed with the times and we’re seeing more in-fill Class A apartment communities being built, identifying residents who will pay more for quality. McCann was one of the early adopters to the change, recognizing the intrinsic value of Class B well located communities for upgrading and selling. They out bid 30 other suitors for Hickory Creek and set a business model for other companies. I’m glad to see they are… Read more »