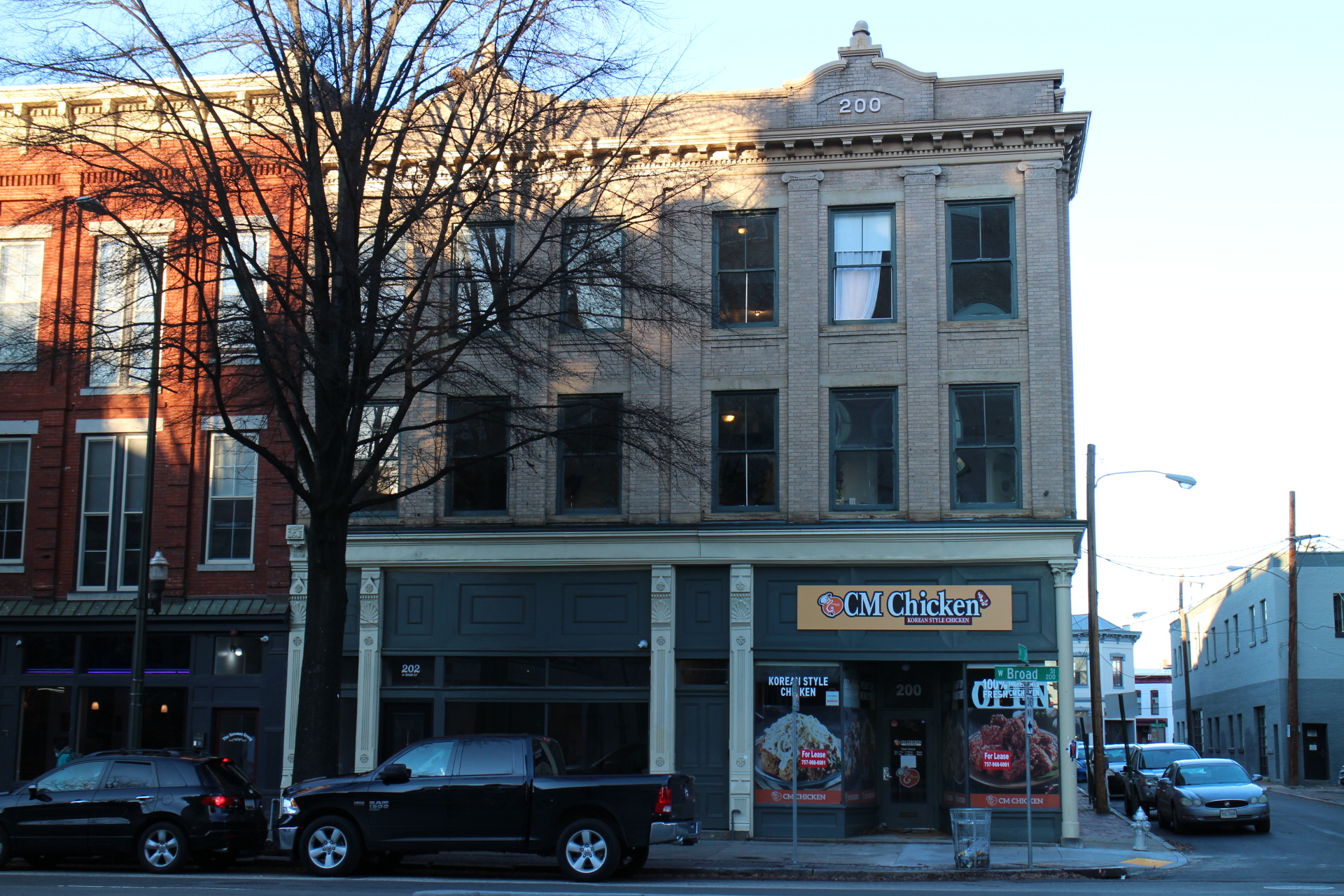 Choong Man Chicken is now looking for a subletter for its space, located across Broad Street from The Quirk Hotel. (Mike Platania photo)

Despite having its restaurant space in flux, a building in Jackson Ward has found a suitor.

The mixed-use property at 200 W. Broad St. that for much of the last 20 years was home to Comfort restaurant sold late last year for $2.1 million.

An entity tied to Max Olson, an investor from Arlington, is the new owner, city records show.

The seller was local developer Mark Kittrell’s Carthage Associates, which bought the building in 2001.

“We just felt it was the right time,” Kittrell said of his decision to sell. “It’s a great building. It served us well for a long time.”

Sitting at the corner of West Broad and North Jefferson streets, the building is outfitted with four apartments spread across two stories above a 5,000-square-foot ground floor commercial space.

Comfort occupied the first floor from 2002 until its closure in early 2020. Korean fried chicken chain Choong Man Chicken moved in later that year but it closed in September 2021, co-owner Soo Choi confirmed this week.

“The business was OK, but we had no employees. It was hard to find good employees,” Choi said, noting that the other Choong Man locations in Northern Virginia remain open.

Choong Man is now looking for a subletter to take over its lease on Broad Street, which runs through 2024.

Choi said she doesn’t believe Olson is planning many changes for the building and that he’s OK’d Choong Man’s search for a sub-tenant.

The building sale was recorded with the city Dec. 28. One South Commercial’s Tom Rosman and Ann Schweitzer-Riley repped Olson in the deal, Kittrell said.

Olson could not be reached for comment by press time.