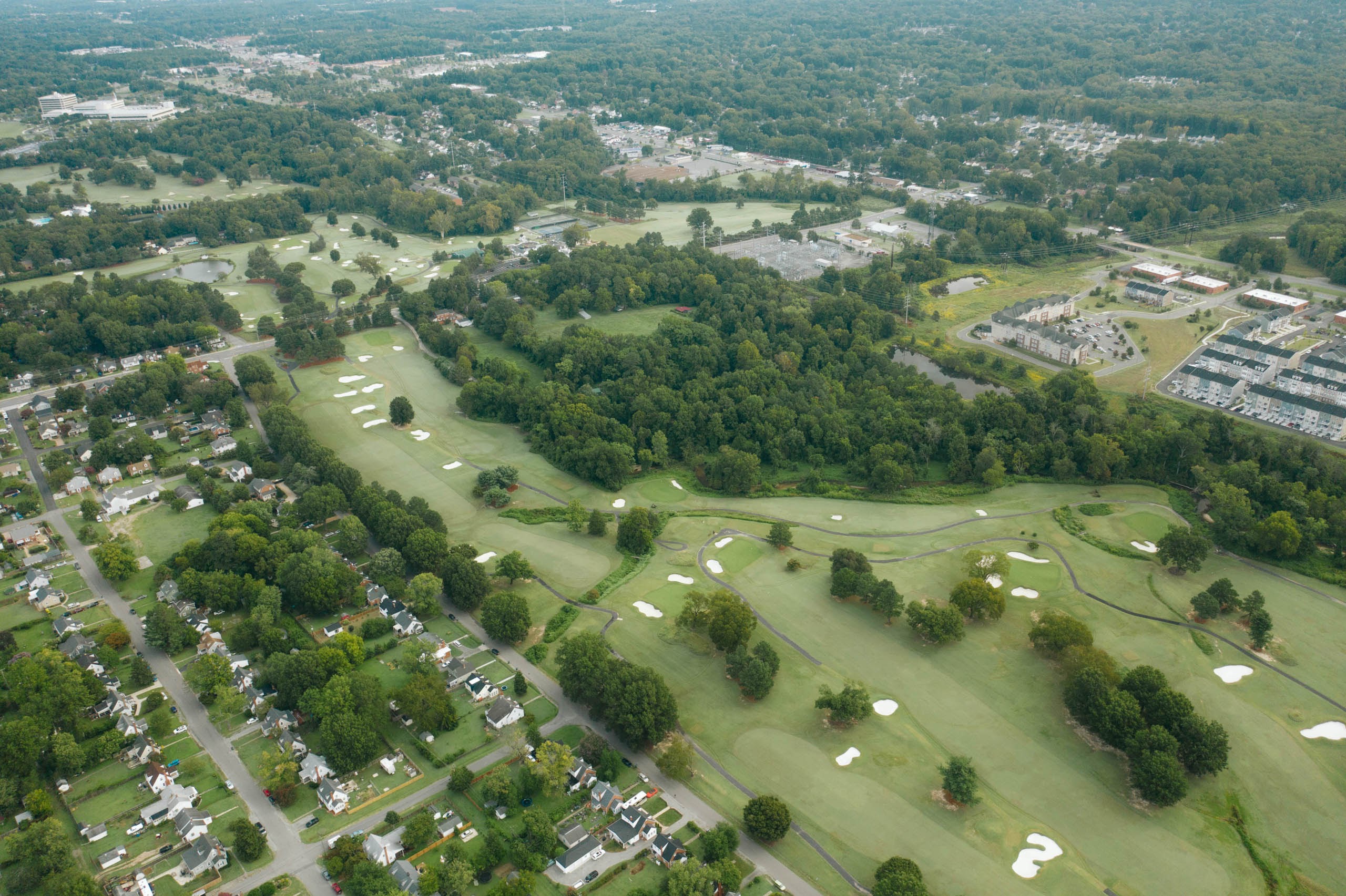 The new Belmont Golf Course appears off to a strong start.

The century-old Henrico County-owned course recently completed its first full year with a new format that ditched its original 18-hole layout for a 12-hole course and 6-hole short course under the stewardship of its new manager, First Tee of Greater Richmond.

That revised setup is a living experiment of sorts, bringing the trend of faster play from elsewhere in the industry to the competitive Richmond golf market for the first time.

And it seems to have caught the attention of local golfers.

Mark Lynch, Belmont’s vice president of operations, said First Tee wasn’t exactly sure what to expect in year one, mainly because of the course’s new format.

“Obviously there’s a drastic change in mindset when you go from 18 holes to 12 traditional holes and a 6 par 3,” Lynch said.

Upon reopening on May 29, 2021, after extensive changes to the course kept it closed for a year, Lynch said management set a first-year target of 16,000 total rounds. They hit that mark by September. 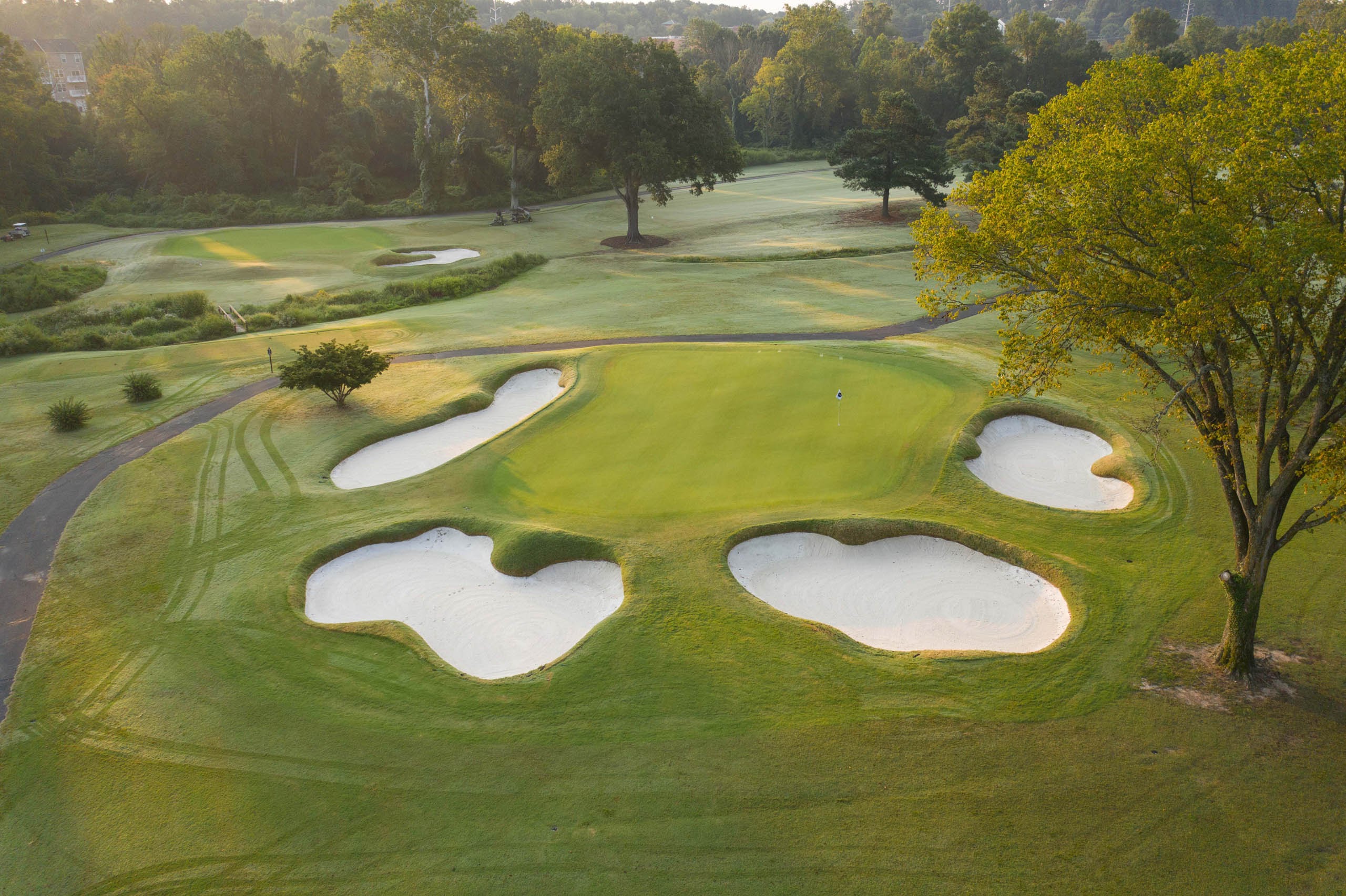 The transformation retained many of the features of the original course, which was designed by renowned course architect A.W. Tillinghast.

Lynch said he was getting a few practice swings in on the new Belmont driving range in recent months when an impromptu testimonial from another golfer let him know the course is on the right track.

“One guy started talking to me not knowing who I was and said, ‘I thought I was going to hate the changes, but I absolutely love it.’” Lynch recalled. “And I’m like ‘by the way, I’m Mark, I’m vice president of operations here and I love to hear that.”

Brent Schneider, CEO of First Tee Richmond, said he, too, is pleased with the first year.

“Our vision going in was community, inclusive, welcoming, affordable and I think we’ve hit those marks,” Schneider said.

But he’s also keeping an eye on improving.

“We want to be better; we’re pushing ourselves to be better,” Schneider said. “We have some special projects: resurfacing and re-grassing the practice tee and some select tees on the course, and some of the native areas on the course. We want to make it pop more than it is now.”

“We’re committed to it being on par from a condition standpoint to some of the private clubs. We’re not there yet but we’re committed,” Schneider added. 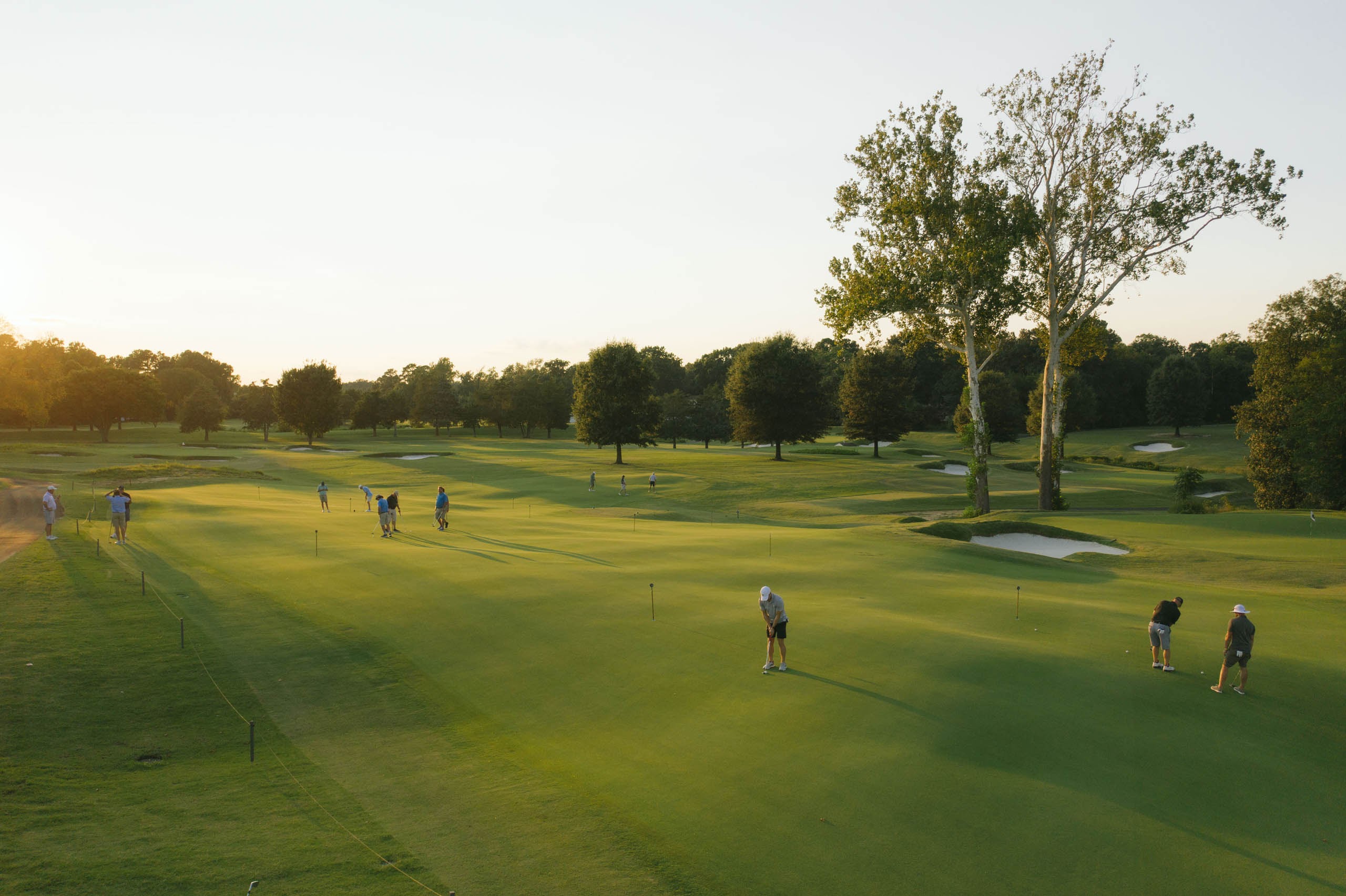 The new 18-hole putting course is dubbed The Ringer.

Another upgrade that’s in the works at Belmont is the Captech Lab, a putting lab that will take shape on the ground floor of the old clubhouse. Schneider said construction is expected to start later this year.

“It’s a putting lab with all of the latest and greatest technologies to study putting and help with fitting, instruction and physics,” Schneider said.

First Tee was awarded a contract from the county in 2019 to lease the course and transform it from a money-losing liability managed by Henrico Parks and Rec into a modernized asset that would allow it to remain a public course and increase youth golf participation.

Schneider, who recently made a presentation to the county about the course’s performance, said Belmont has met its budget projections and is profitable.

The county retains ownership of the overall 125-acre property and First Tee is required to contribute annually a minimum of 5 percent of Belmont’s gross operating revenue equal to or above $1 million into a capital reserve escrow account. That account is to be set aside for capital improvements and major repairs over time. There is no revenue share with the county.

In addition to continuing to get the word out about its new format, First Tee faces another unknown going into its second year at Belmont.

Lynch and Schneider both said the high of the COVID golf boom felt by nearly every course in town has crested and it remains to be seen whether it will go back to pre-pandemic levels or level out at a new, higher plateau.

“We are definitely seeing a slowdown (from the COVID boom),” Lynch said. “People are going back to work, so we have less laptops on the range or AirPods as they’re playing golf. Wednesday morning at 10 a.m. is a little thinner than it used to be.”