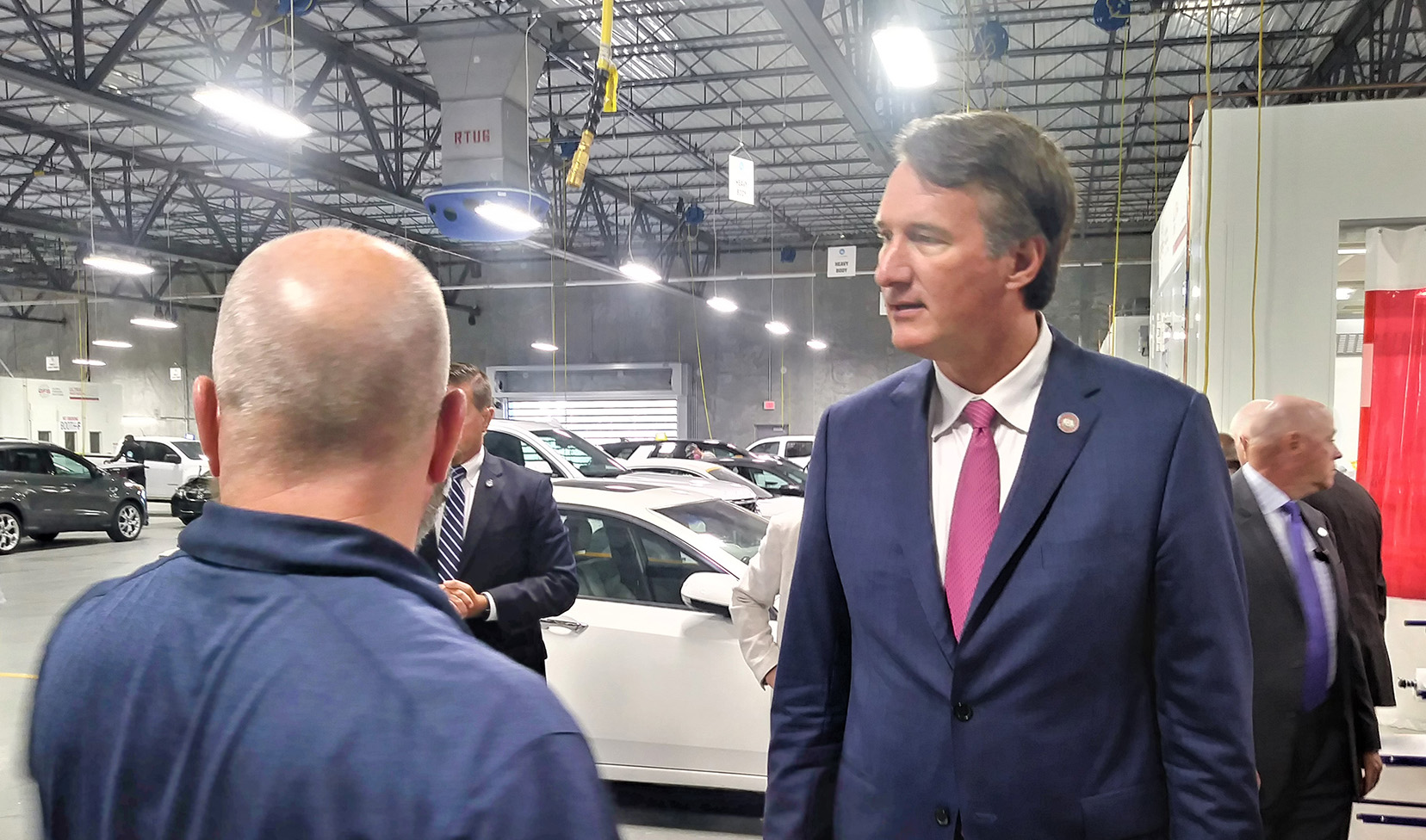 While it doesn’t have the flashiness of one of the company’s glass tower car vending machines, local and state officials are glad to see Carvana’s new distribution center in Chesterfield finally cross the finish line.

“This project is a project that started a while ago. It’s a project I think reflects inspiration and innovation, creativity and vision. But it also reflects fortitude and persistence,” Gov. Glenn Youngkin said alongside other officials at a ribbon cutting at the facility Wednesday. “We had a pandemic that landed in the middle of this vision and today we’re here celebrating Carvana.”

The Arizona-based online used-car seller got the $25 million, 191,000-square-foot facility at 15100 Woods Edge Road fully up and running in July. The regional distribution center handles inspections and processes cars the company sells. The center has surface parking to hold around 10,000 vehicles.

Carvana first announced in 2019 its intention to build what was then planned as a $40 million facility. It then canned the idea of a Chesterfield facility in spring 2020, only to resurrect the project about a year later after considering sites elsewhere. It dialed back the scope of the project to the current specs.

“They were reexamining the climate like every business was doing at that time period. When they came back, the site was actually under consideration by a different developer,” Jake Elder of the Chesterfield economic development department said of the journey to land the project. “We tried to work with (Carvana) on any site, really, in Chesterfield that could potentially work for them. That group that was considering the site decided not to move forward so Carvana jumped back on it.”

Elder declined to name the developer that eyed the property and didn’t elaborate on that alternative user’s vision there. 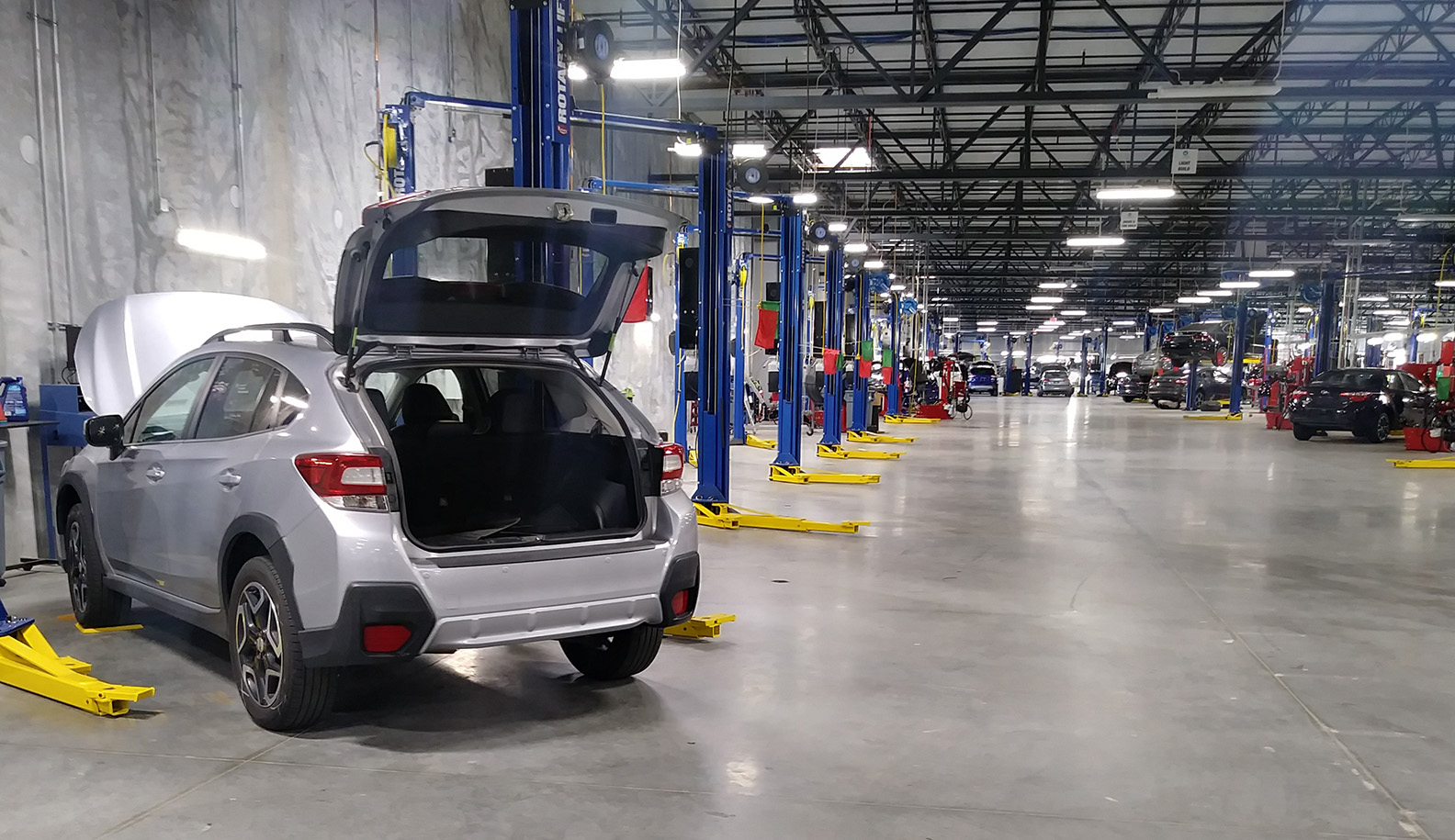 The Chesterfield center is the company’s 18th such facility and first in Virginia, the facility’s, according to General Manager Rob Sheets.

The center currently has 240 workers and is expected to increase its headcount to 400 by the end of the year, Sheets said.

Carvana opened one of its signature car vending machine towers in Richmond in 2021.

Del. Carrie Coyner, speaking at Wednesday’s ceremony, said the tower is eye-catching but the Chesterfield facility deserves some attention.

“While people will ‘ooh’ and ‘ahh’ over the Richmond vending machine, which I admit is pretty darn cool, it will be this quiet, hardworking inspection center that ensures that vehicles are ready to keep our roads safe,” Coyner said.

It is odd that the article doesn’t mention the literally half a billion dollars these bozos have managed to lose in arguably the best-ever used car market in the history of the free world. Or the class action lawsuit regarding the rampant fraud and securities violations? Or how cavanna is actually owned by DriveTime. By the way, those car vending machines look awful and might be part of the reason they are hemorrhaging cash at an epic rate? Regardless, let’s just all nod along at how much money the county gave this company to have 240 employees and the promise… Read more »

Yeah, there seems to be some vaporware aspects of their business model which, as someone who has not really looked into it, SEEMS to be little more than “We know you are lazy and timid, so we will deliver/pick up your car — and don’t worry about the Trauma of rejection — we will approve your loan no matter what!!”

Don’t you know that presenting all the facts doesn’t make good news?

Same with the other local used car place on a downward trajectory. Still getting press, totally glossing over the $ the execs are getting while the company still is heading for middle earth.

Yeah unfortunately this site is mostly ‘sunshine and rainbows’ when it comes to business reporting. I understand wanting to be positive but all the facts need to be mentioned, especially when they are ongoing issues.

Or the fact that they hired employees then Carvana laid off 2,500 employees via email two weeks after opening this site with some of the upper level workers at this location being included in the layoff.

They did say in the notice of the 2500 nationwide layoffs that “Carvana’s executive team will forego their salaries for the rest of 2022.”

So THAT’s what that huge development is that I have been seeing progress on the east side of 95!! It’s been hard to see what has been going on there since the site was thoughtfully developed with big berms that separate and isolate whatever is in from whatever is out — I like that, but it made it hard to see what was being done there.