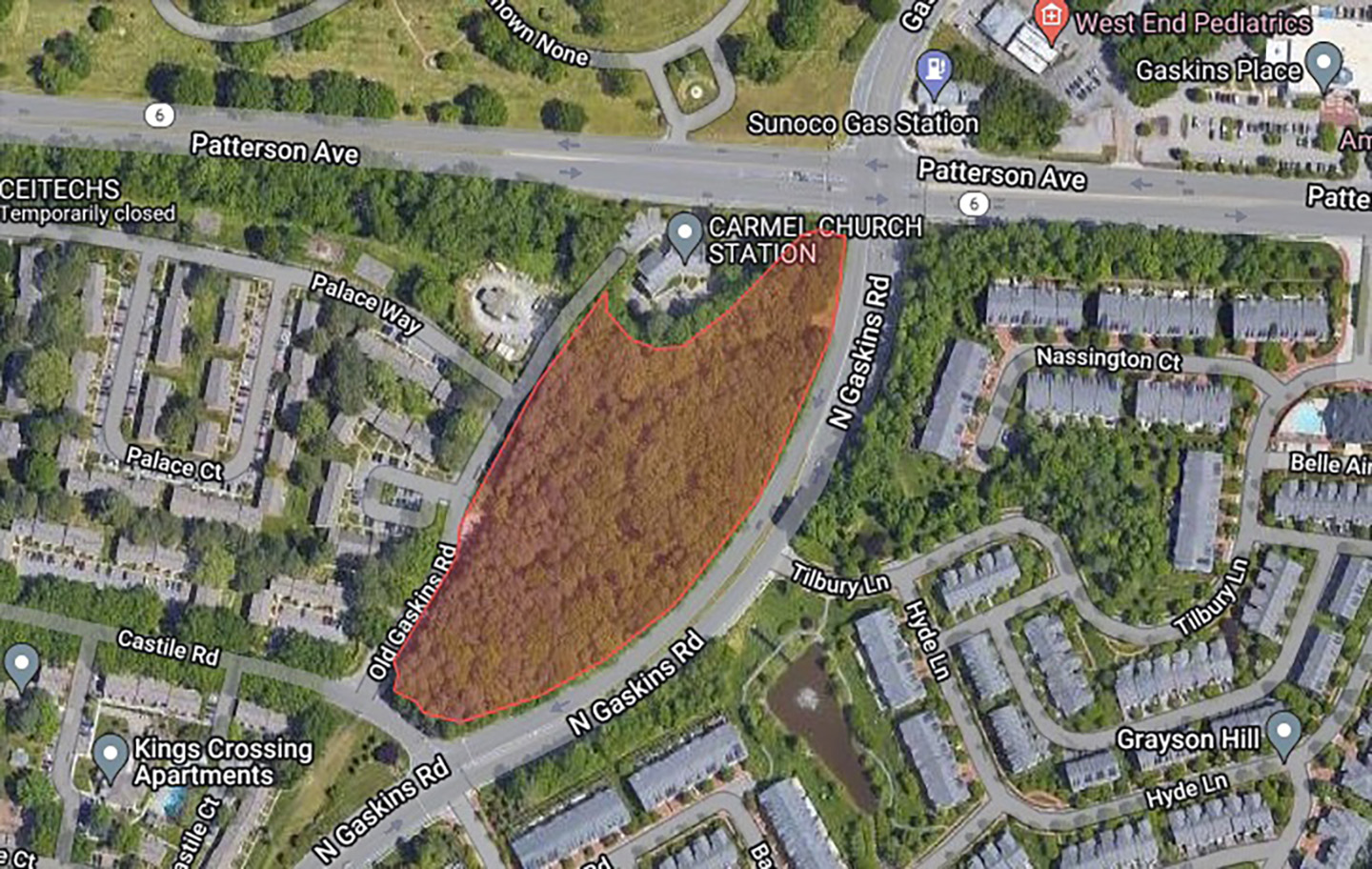 The 6.7-acre site is southwest of the intersection of Gaskins Road and Patterson Avenue. (Image courtesy of Commonwealth Commercial)

A plot of undeveloped land in western Henrico that for decades has been approved for a residential high-rise is in the hands of a new owner who’s planning just that.

Developer Louis Salomonsky is in the early stages of planning a residential tower at the southwest corner of Gaskins Road and Patterson Avenue, after an entity tied to his Historic Housing development firm bought the roughly 7-acre site at 711 Old Gaskins Road for $1.3 million last month.

The largely wooded site was approved in 2000 for Gaskins Centre Towers, a 10-story development that was planned to consist of 80 condos across two towers above a two-level parking deck. That project was proposed by Gumenick Properties, which developed the nearby Grayson Hill townhomes and was the seller in the deal with Salomonsky’s firm.

Gaskins Centre Towers never went forward, and the land was listed for sale. 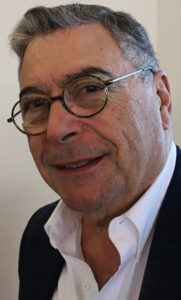 “It’s right near my house,” Salomonsky said. “I drove by it, saw a ‘for sale’ sign, picked up the phone and had it under contract 24 hours later.”

Since closing on the land Aug. 9, Salomonsky said he’s been talking with neighbors about rezoning the property to allow for roughly 100 units, which he said would start as apartments and convert to condominiums. He said the height of the development and other details have not been determined.

“It’s being designed to be luxury apartments for eventual conversion to condos,” he said. “I don’t know where I’m going to end up landing. We’re just trying to come to some pleasant compromise.”

The purchase was made through an entity called Old Gaskins LLC, which lists the address of Historic Housing, the local development firm that Salomonsky has led for years with business partner David White.

While known for its residential conversions of old commercial and industrial buildings in the city, the company has shown an interest of late in the suburbs. Last year, Salomonsky secured approval from Henrico for a seven-home infill on a nearly 3-acre site along Church Road west of Guyana Drive.

The firm, meanwhile, is nearing the finish line on The Icon, a 12-story tower and residential conversion of the former Quality Inn & Suites on West Broad Street in Scott’s Addition. It’s also starting work on a 12-story apartment tower at the former Weiman’s Bakery property in Shockoe Bottom.

It isn’t clear why Gumenick didn’t go forward with its project on the Gaskins site. A call to Gumenick executive Shane Finnegan was not returned Wednesday afternoon.

The county had assessed the land at $896,300. The site does not include the two-story office building at the corner of Gaskins and Patterson.

The Gaskins site is the latest Gumenick holding to be sold off in recent months. The company, whose other developments include Libbie Mill-Midtown and Monument Square, last month sold a 6-acre site at 9301 Patterson Ave., about a half mile east, for $1.9 million to Build Senior Living, which is developing an assisted living and memory care facility there.

How long before comments start about “a 10 story building being out of character for the neighborhood” even though this project was approved 22 years ago?

Well… it is kind of out of character with the neighborhood.

It will be interesting how a luxury high rise will nestle into a space flanked by cheap townhouse apartments to the west and luxury townhomes in the $700k-$900k range to the east. Not to mention the proximity of PGA golf courses to the south and beautiful views of a cemetery to the north…

It was out of character then; it’s out of character now. Further, I can’t tell you how many conversations I’ve had with friends who are helping their parents downsize, often from out of town, that are really struggling to find housing in RVA that includes first floor primary bedrooms, small/smaller yards, lower maintenance and the like. We don’t need more apartments or 55+ condos. We need well-planned, well-appointed 55+ homes/communities.

Lovely view of the cemetery.

The height discussion is a whole other topic…. Apartments? Why? Maybe because the bar for building apartments is much lower than for condos. If quality is to be met, then why not do it upfront. As a REALTOR in the 55+ market, we need quality condos, not cheaply build apartments that convert to spent condos. It needs sound barriers, high end fire protection systems that shut off the hvac if there is a fire, universal design for the aging population, wide stairways for gurneys and emergency personnel for when the large elevators are off, and covered parking for at least… Read more »

Question – how important to the 55+ buyer is the proximity of a cemetery?

Pros, visiting loved ones who have passed on / Cons, reminder of the inevitable?

Direct burial eliminates the middle man. Nothing like saving $$$ on your final expense.

Generally speaking, developers of senior housing prefer to avoid cemeteries despite the quiet aspect of them as neighbors.

Just a little correction. 9301 Patterson is east of this site.

Site of a grizzly, unsolved homicide:

Sad to watch the last remaining natural spaces in the West End get destroyed. Seems there’s absolutely no consideration for preserving natural habitat or green space.

Agreed. Just remarked the other week that I was surprised to see it listed…it used to be wetland I thought.

Then after 30 years of finding every excuse under the sun for the Build Nothing Anywhere Ever movement, everyone suddenly acts surprised when housing costs go up.

One of the biggest issues will be the increase traffic on Derbyshire road. It’s a cut through for everyone going south on Parharm Road and very busy. They need to reduce the speed limit to 25mph and put in more crosswalks. Alot of familes try to cross the road to get Avalon pool or Maybeury Elementary school. It needs to be addressed before someone is hurt.

I’m glad this project is going to be ten stories tall and if we are lucky they will build sidewalks along Gaskins Road and Paterson Ave and Old Gaskins Road.

But talking like the Lorax here I really would love to see them keep the green space here as a mini park and then replace one of the low rise apartment buildings with a 14 story tall building to add the new ten stories of housing and save the existing housing unit while keeping the large amount of green space.