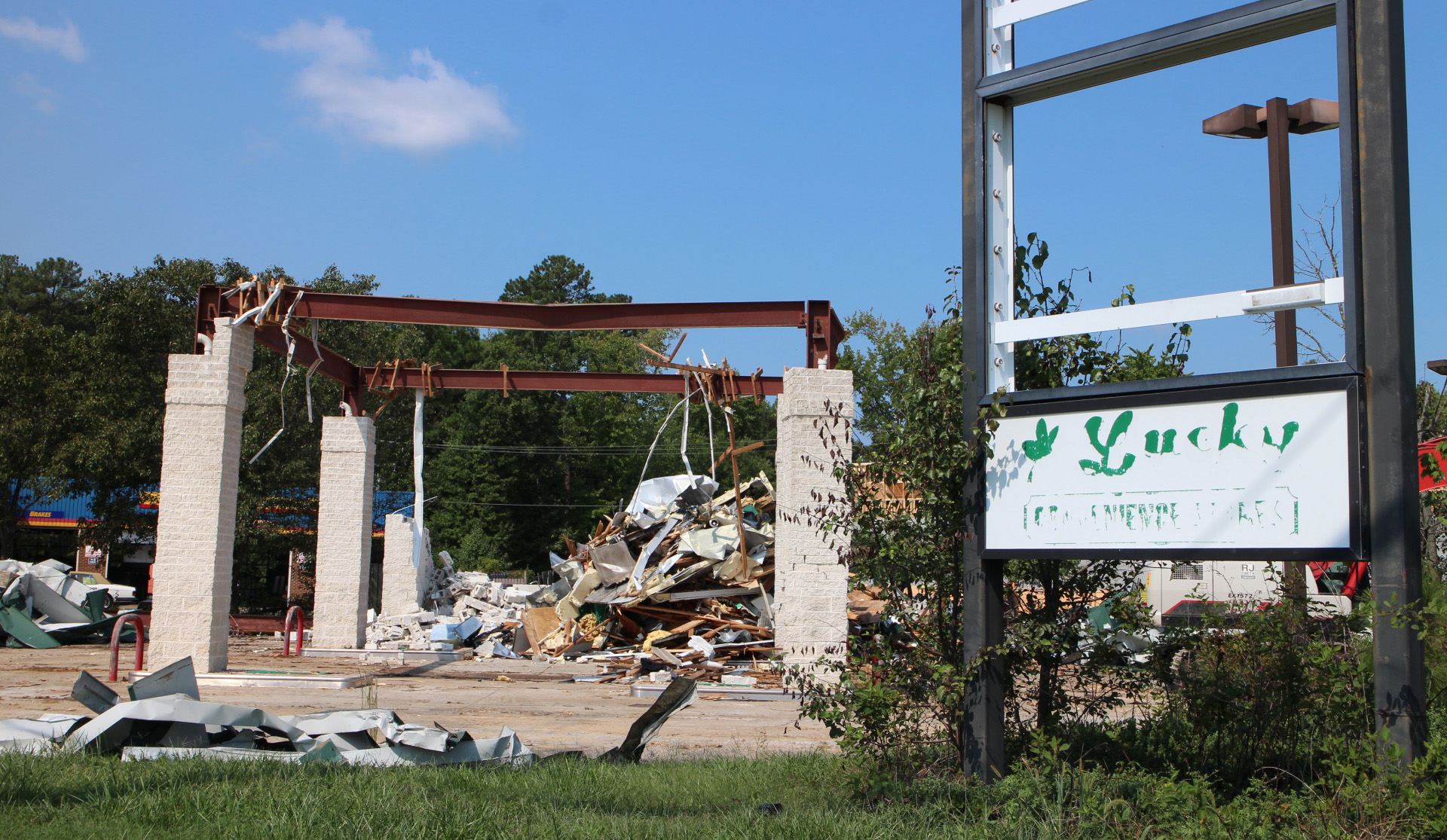 A former Lucky’s convenience store is being razed to make way for a Waffle House. (Mike Platania photo)

The Short Pump area is getting closer to having a restaurant that the late Anthony Bourdain once described as “better than The French Laundry.”

The Georgia-based diner chain has owned the half-acre plot near the corner of Church Road and John Rolfe Parkway since 2017, when it bought it for $430,000. However, it has sat vacant for much of the last few years until work began on the site in recent weeks.

A Waffle House spokesperson said they’re planning to build a new location on the site, but the timeframe for its opening remains unclear. R.J. Smith is listed in county permits as the demolition contractor.

The 1,800-square-foot restaurant is set to rise catty-corner to Eagle Construction of VA’s John Rolfe Square condo project and adjacent to a new Flagstop Car Wash, which is under construction at 2806 Old Pump Road.

Once opened, it would be Waffle House’s 21st location in the region. Last year, it closed its Broad Street location near VCU.