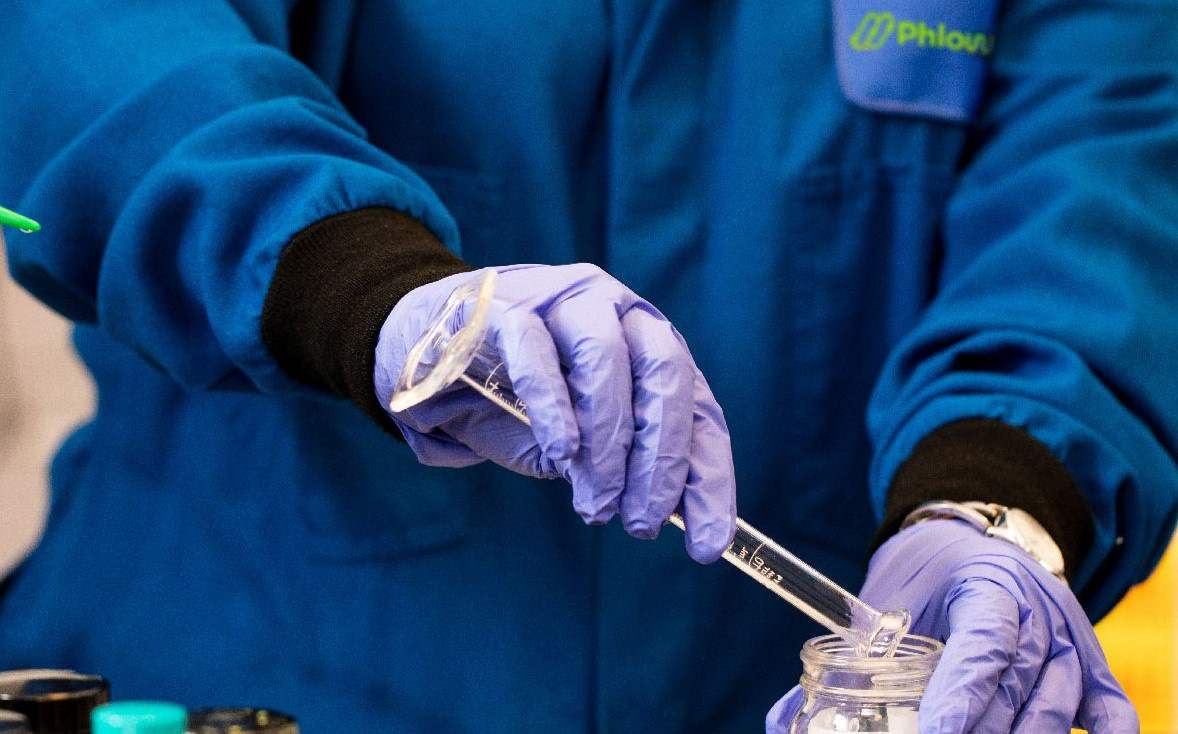 Richmond-based pharmaceutical company Phlow recently reported it has raised $24.2 million on its way to a goal of a $50 million capital round. (Photo courtesy of Phlow)

A player in the region’s budding pharmaceutical manufacturing industry is getting a booster shot of cash.

Phlow Corp. reported in early September it had raised $24.2 million toward a $50 million capital raise, according to an SEC filing.

Reached last week, the company declined to comment on its plans for the new funds.

According to an SEC filing, Phlow reported the first sale in the funding round was made in late August. Eleven investors had contributed to the raise thus far.

The Richmond-based company is part of the regional Alliance for Building Better Medicine, alongside other private and public entities in the Richmond-Petersburg area. The group seeks to develop a major medicines manufacturing hub in Petersburg.

Phlow’s role is to develop the active pharmaceutical ingredients to be used in the medications produced by the partnership. That production is planned to be handled by Utah-based nonprofit drug maker Civica, which is growing its presence in the region.

The Alliance recently announced it received a $53 million federal pandemic recovery grant, and that funding is earmarked for new research labs tied to the project in Richmond and Chesterfield County among other initiatives.

Other members of the group include Activation Capital, the cities of Richmond and Petersburg, VCU College of Engineering and AMPAC Fine Chemicals.

Civica expects to begin to produce injectable drugs at its now-$140 million manufacturing facility in Petersburg next year.

Phlow was co-founded by Eric Edwards and Frank Gupton in 2020. That year the company secured a four-year, $354 million contract from the U.S. Department of Health and Human Services for the regional initiative.

Phlow is also involved in the Children’s Hospital Coalition, a partnership between the company and U.S. pediatric hospitals in which Phlow develops drugs that are then sold to the hospitals. The company began to make and distribute drugs under the agreement earlier this year, the Richmond Times-Dispatch reported.

Prior to Phlow, Edwards co-founded Richmond pharmaceutical company Kaleo Inc. Gupton is a professor at VCU, where he also chairs the pharmaceutical engineering as well as the chemical and life science engineering departments, per the company’s website.

Phlow is headquartered in the Riverside on the James building at 1001 Haxall Point.

The current ongoing capital raise follows a $20 million round that Phlow announced it had completed in early 2021.