It turns out a new-to-market investment firm had a quartet of deals in the works as part of its entrance into Richmond.

The 58-unit apartment building joins a trio of other VCU-area apartment buildings that Pinpoint bought last month from local firm Levco Management. Levco had owned it since 2016, when it paid $5.7 million for it.

To date, the year-old firm out of Alexandria has spent a total of $38.7 million on 185 units in the Richmond area. One of the buildings Pinpoint bought, the Broadway Apartments at 316 E. Broad St., has a ground-floor commercial space occupied by Walgreens.

Once known as the Ram Cat Alley Apartments, the District Square building is located right across Marshall Street from Gallery5 in Jackson Ward. Pinpoint founder Casey MacMaster said the building was fully occupied at the time of the sale. 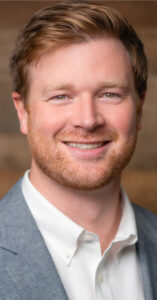 The sale closed Sept. 1. The property was most recently assessed at $8.9 million. MacMaster said the building includes a commercial space that’s currently used as a gym for tenants.

MacMaster founded Pinpoint last fall and said it now has seven properties in its portfolio, including the four in Richmond. The other three are in North Carolina in Fayetteville, Southern Pines and Wilmington.

“Our focus is finding high-growth markets and finding properties that need some love,” MacMaster said. “We’re not going to go in and gut-renovate units. We want to find properties that are stabilized and need some extra attention.”

MacMaster said they finance their deals with the help of investor capital.

“We raise equity on a deal-by-deal basis, we don’t have a fund,” he said. “We’re still getting our feet under us and building our investor base.”

As units turn over, MacMaster said they’ll go in and renovate units and look to raise rents on those units by $125-$200 per month. He said while average rents have gone up significantly in recent years, Pinpoint will sometimes price below the market with a goal of reducing tenant turnover.

“It’s been a weird 12, 18 months when it comes to rent growth. If the market’s moving (rents up) 12, 15 percent and we’re only moving ours by six to eight percent, we’re saving on turnover costs if we have fewer units turning over,” MacMaster said. “Our thesis is that our rents will stay close to where the market rents are, but we’re trying to stay conscious of our turnover.”

He said Pinpoint is interested in continuing to grow its Richmond presence but doesn’t have any other immediate deals in the pipeline.

“We’re going to catch our breath and try to find out where interest rates are going,” MacMaster said. “We like to go after properties we can drive to.”

Meanwhile, a few blocks to the east of the District Square Apartments, work on a 12-story apartment tower from SNP Properties is set to begin soon at the corner of East Marshall and North 2nd streets.

Why does rent go up? Because investors are paying more and demand more as a result. Richmond loses its competitive advantage of affordable housing.

Rents are rising for the same reason as prices in general are rising: the Federal Reserve has been a never-ending printing press for government spending. (In fact, the world economy is being affected by central banks that are driving the world economy to crisis mode.) Over the past two years the Federal Reserve increased the nation’s money supply by an unprecedented 40 percent. (That’s almost four times as much new money as had been created during the two years that preceded the pandemic.) All that money chasing after limited supplies of goods and housing is inevitably bidding up prices.

Ok sure, but how is that money trickling it’s way into the economy. These investors are still a major problem to our overall quality of life, unless you’re a homeowner, but even as a homeowner I’m not a fan of what I’m seeing, nor the property taxes that come with this all.