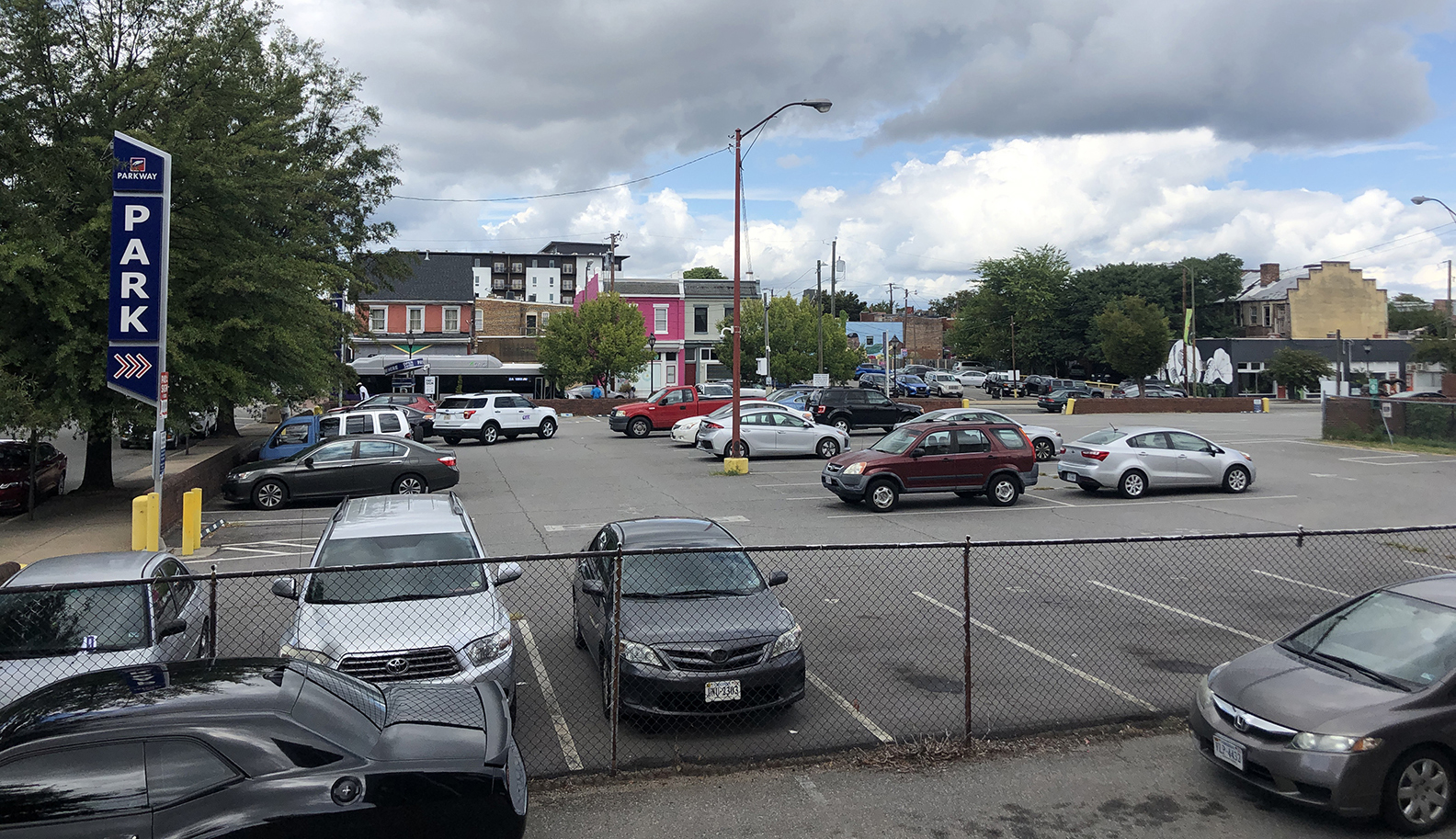 The parking lot at the corner of East Marshall and North 2nd streets has ties to the city’s deal to bring Stone Brewing Co. to Richmond in 2016. (Mike Platania photo)

After initially planning to partner with a Philadelphia firm on a new 250-unit apartment building in Jackson Ward, Richmond-based developer SNP Properties is moving ahead with the project on its own.

Earlier this month SNP purchased the roughly 1-acre parking lot at 200 E. Marshall St. from Philadelphia-based Parkway Corp., which had for a time been teamed with SNP to build a 12-story mixed-use tower on the site.

SNP paid $6.1 million for the parcel. It was most recently assessed by the city at $2.5 million and Parkway had owned it since paying $2 million in 2016.

Parkway CEO Robert Zuritsky confirmed this week that the firm is no longer involved in the project.

“I really liked the project, but it was difficult timing with construction costs. It was just the opportunity to hand it off to somebody who wanted it,” Zuritsky said. “We wish (SNP) all the best.”

SNP co-founder Eric Phipps said the firm continues on with the development, the specs of which remain unchanged.

“We thought it was a better structure if we were the developer,” Phipps said of Parkway’s departure. “(The deal) accomplished what everybody was looking to accomplish.”

Phipps said they’re looking to break ground on the project in the next 60 days and construction should last about two years. Walter Parks Architects is the project’s designer. Phipps said they haven’t finalized a general contractor yet.

At 12 stories, the building would be among the tallest new-construction buildings to come to Jackson Ward in recent years, and Phipps said it would be the largest project in SNP’s portfolio. 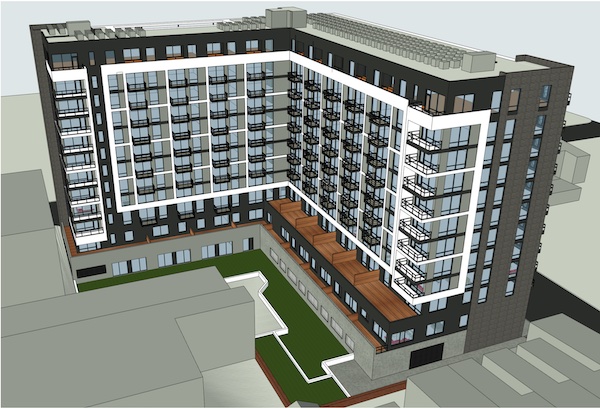 In addition to 255 apartments, the building is set to include 10,000 square feet of commercial space.

“One of the retail spaces is ideal for a restaurant. It’ll also have an outdoor space on the back side of the building,” Phipps said.

The project was formerly referred to as The Admiral, but Phipps said they’re planning a new name for it.

The soon-to-be developed parking lot was once owned by the city’s Economic Development Authority, which traded it to the Ripp family’s The Restaurant Company in 2015 in exchange for the Intermediate Terminal building near Rocketts Landing. The EDA needed the Terminal Building in its 2014 pitch to bring Stone Brewing Co. to Richmond.

The Ripps held the parking lot in Jackson Ward for about a year before selling it to Parkway for $2 million in 2016, while the Terminal Building, once planned to be a Stone bistro, has sat idle while the brewery and the city continue to mull the building’s feasibility as a restaurant.

​​Parkway, meanwhile, still has a presence in Richmond as last year it spent nearly $3 million on a pair of parking lots along Grace Street in Monroe Ward. Zuritsky said the firm hasn’t finalized any plans for those sites but said it remains excited about the area and Richmond market.

In addition to the 12-story tower on Marshall, SNP has a pair of redevelopments on opposite ends of the city in its pipeline.

In the Museum District, SNP is planning to convert the former Saint Gertrude High School campus into 38 apartments. Phipps said they still have that property under contract, and the city’s Planning Commission is scheduled to vote on SNP’s request for a special-use permit for the project at its Oct. 3 meeting.

Down in Shockoe Slip, Phipps said they’re still working through plans for a mixed-use redevelopment of the former LaDiff building at 125 S. 14th St. It bought that property for $10 million last year.

AMEN to that, Bruce!! From your keyboard to God’s eyes! 👍

Keep converting the parking lots, much better use of the space

This is seriously great news. We, on Urban Planet, were getting worried this one wasn’t going to happen. There’s always a concern when there is a long time between when a project is announced and when shovels actually hit the dirt. So glad this will still be 12 stories. Thank you SNP! Looking forward to watching the build!

Absolutely right on that, Eric. A bunch of us were freaking out about this. I for one am breathing much easier now. So far three-for-three on taller residential projects in the immediate downtown area getting started (Pinecrest’s Parcview, Bakery Lofts and now the Project Formerly Known as Admiral)… Let’s keep them coming!

A great deal for Parkway! A 4 million dollar profit in six years is a pretty good return , and there is no risk. My hats off
to CEO Robert Zurirsky for his savvy decision.

Meh – who cares about Parkway? I’d say RVA is the real winner in this scenario. We’re finally converting another puzzle piece in the seemingly endless Dead Sea of Parking Lots into what will HOPEFULLYeventually become a redwood forest of highrise residential buildings!

Companies like Parkway are part of the problem and they should not be celebrated! All they did was sit on the land and wait for a buyer.

And 12 stories of housing is pulled out of the parking lot with no trees cut down or farm land paved over this is a good idea.

But they are going to break ground in 60 days…..without a permit. HMmmmm. It will take me 2-3 weeks to get move gas stove inspected.