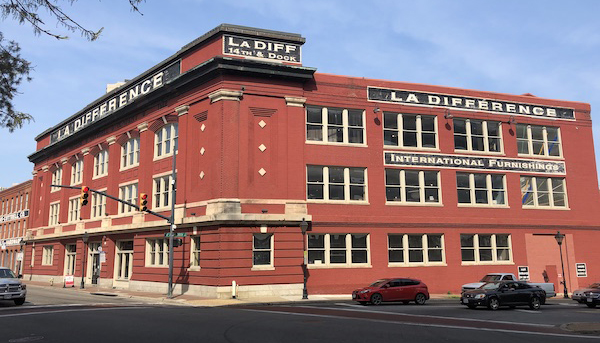 With its longtime home now in the hands of a developer, Richmond furniture retailer LaDiff is crafting its next steps, including a new store location.

Locally-based SNP Properties closed on the purchase of the LaDiff-anchored complex at 117-125 S. 14th St. on Wednesday for $10.5 million. LaDiff co-owner Sarah Paxton confirmed the deal.

Paxton said the deal doesn’t mean the 23-year-old retailer is going out of business and that they’ve got plans for a new home, details of which they hope to announce soon.

Paxton owns LaDiff with husband Andy Thornton. She said it was bittersweet to sell the building that they’ve owned and operated LaDiff out of for two decades.

“The timing was right for us, personally, and there is something that we’re planning,” Paxton said. “We’re not ready to release all the details yet but we can assure people that LaDiff is not going away.”

LaDiff will continue operating in its current space until March 2022. Paxton said all she can say about the business’s next home is that it will be within the city limits.

The 112,000-square-foot assemblage of buildings hit the market in the spring and was promptly put under contract by SNP, whose other local holdings include The Summit in Scott’s Addition and The Penny in Jackson Ward. 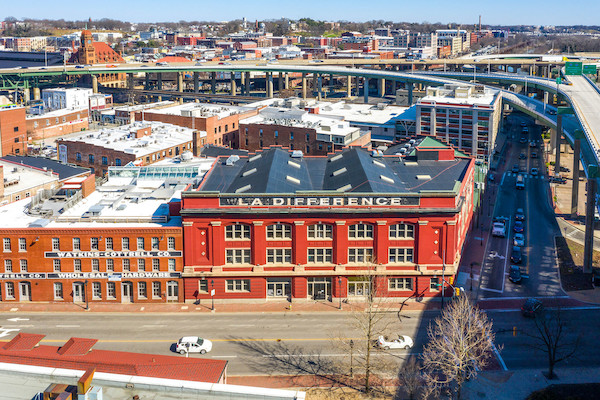 SNP co-founder Eric Phipps said they’re planning a mixed-use redevelopment of the LaDiff building, but that final decisions haven’t been made.

“It was a competitive process but we were able to win the deal, and we’re excited to redevelop the building over time,” Phipps said. “It’s an amazing building. In our mind it’s the nicest building we’ve looked at.”

While SNP’s two largest projects have been new construction, the company has experience redeveloping existing buildings, namely in Monroe Ward and Jackson Ward with projects at 11 W. Broad St., where Sonora Cantina & Rooftop now operates, and an ongoing conversion of 24 E. Broad St.

Paxton and Thornton founded LaDiff in Charlottesville in 1980 before moving it to Richmond’s Tobacco Row about a decade later.

In 1998, they moved the business to the former Watkins-Cottrell building, which they bought along with Ivor Massey Jr. for $1.3 million. The sale to SNP marks a more than 807 percent return on their initial investment.

One South Commercial’s Lory Markham and Tom Rosman represented the sellers in Wednesday’s sale. The 1.3-acre parcel was most recently assessed by the city at $6.24 million.

The LaDiff deal caps a busy week for downtown real estate, as a few days ago WVS Cos. and Fountainhead Real Estate Development filed plans for two more Locks buildings along Kanawha Canal that would add over 250 apartments to the neighborhood.

Congrats to Tom Rosman & Lory Markham for a job well done on brokering this deal.

Sarah and Andy are two wonderful people, who have been the premiere furniture retailer in the City for several decades. They took the risk of buying the building and they now have their reward with the sale.

I wish them well in their new location.

Congrats to all involved. I loved the renovation of the building and what it meant for the greater Shockoe area. Looking forward to seeing LaDiff’s new home as well as what the new owners do with the Watkins-Cottrell building.