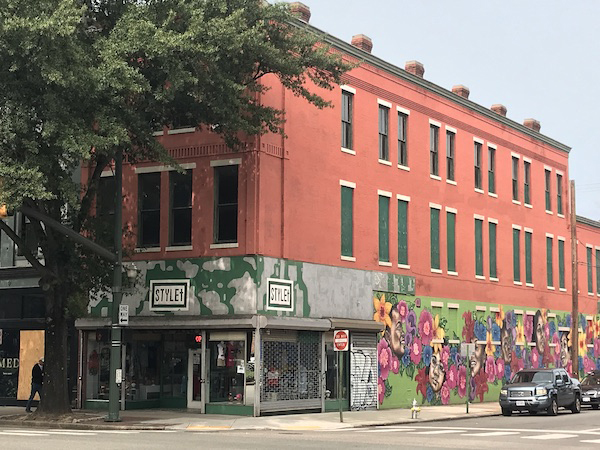 One of Jackson Ward’s bigger developers has added to its holdings in the neighborhood.

SNP co-founder Eric Phipps said the firm is planning to convert the three-story, 8,100-square-foot building into 10 apartments above a ground-floor retail space.

Si Yong and Sun Sook Oh were the sellers in the deal. They have operated clothing shop Style Plus on the building’s ground floor for more than 25 years.

Phipps said Style Plus won’t be continuing its lease. He said the two stories above the shop are empty.

“It’s just a shell of a building basically with a first-floor retail that’s open right now,” Phipps said. “The rest I’m guessing hasn’t been occupied in like 20 years.”

Phipps said SNP plans to use historic tax credits to help fund the renovation. He did not disclose the project’s estimated cost. The building was constructed in 1915, city property records show.

Lory Markham of One South Commercial represented the sellers in the deal, which closed Sept. 11. The building, at the corner of Broad and North First Street, was most recently assessed by the city at $497,000.

Phipps said they’re working out what the number of bedrooms in each apartment will be. He did not say what the units would rent for.

“It’s on the corner so the building has amazing, large windows on the two sides,” he said. “So, we feel like that’ll make for some really nice apartments.”

SNP is aiming to kick off work at the building in December and complete the project sometime in 2021. 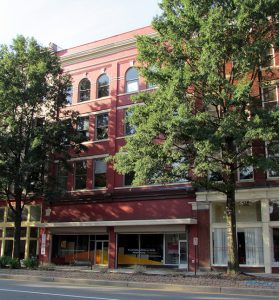 In recent years, SNP has invested well over eight figures in Jackson Ward and nearby Monroe Ward.

Its most visible project in Jackson Ward is The Penny, a five-story, $27 million apartment building at 2 W. Marshall St. Much of SNP’s other holdings are on the south side of Broad Street in Monroe Ward, including a trio of buildings at 5-7, 13-21 and 27-29 W. Broad St., which it bought in 2017 for $15 million.

Response to their efforts in the neighborhood helped lead SNP back to the other side of Broad Street, Phipps said.

“We jumped on it because we’ve invested so much into the neighborhood already. We really feel like the other side of Broad has the same potential as what we’ve done on (the south side),” he said.

SNP’s holdings aren’t limited to the Arts District. Last summer it bought the Vida East apartments in Shockoe Bottom for $28 million, and Phipps said they’re wrapping up work and beginning to pre-lease apartments at The Summit, a six-story mixed-use building it’s developing in Scott’s Addition.

They got a great price on this property. Wish them the best.