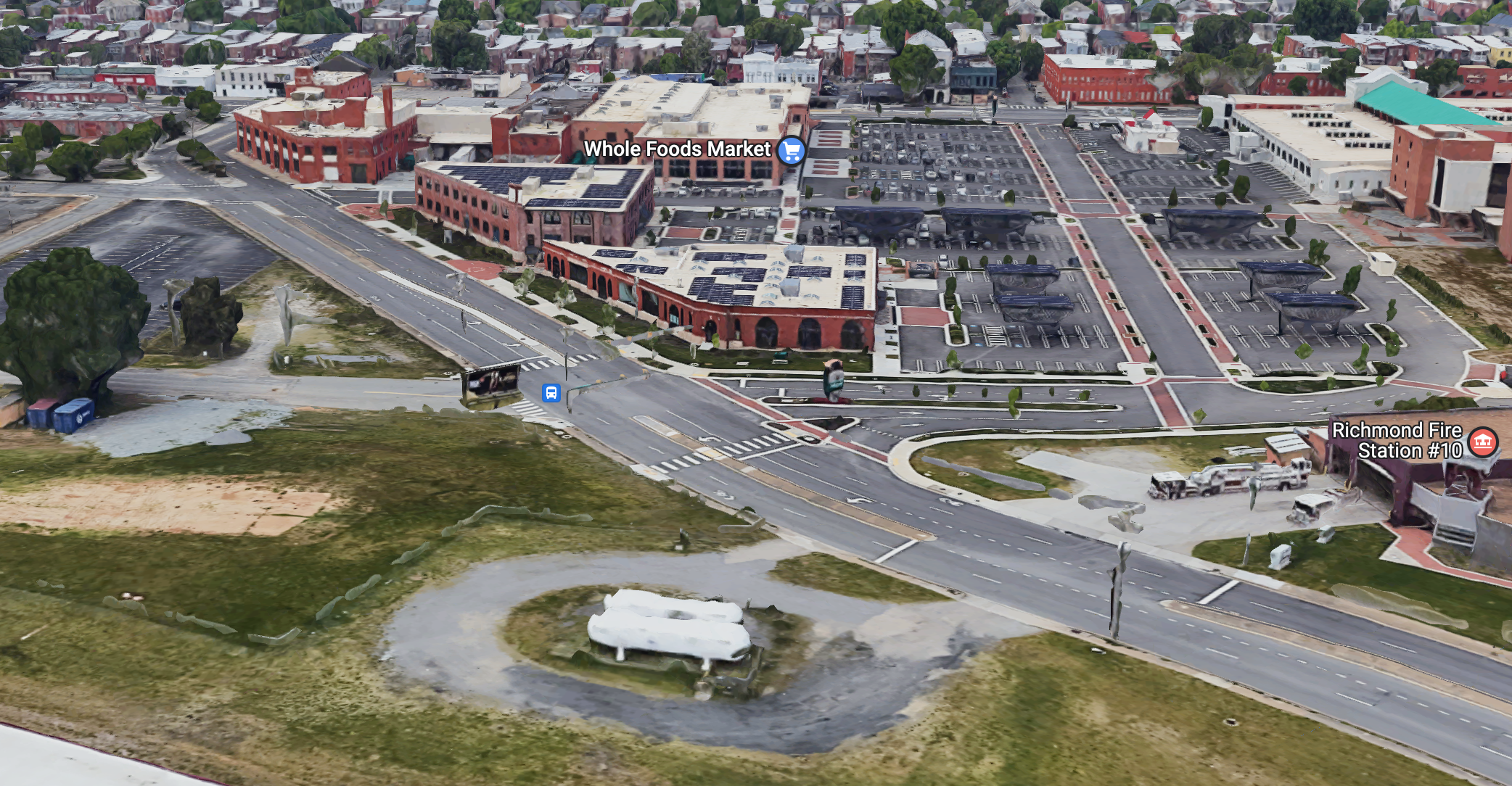 Sauer Properties now controls all the land it needs for its Sauer Center redevelopment project. (Image courtesy of Google Maps)

All the pieces are now in place to shift the Sauer Center development into full gear.

The mostly grassy patch of land was a holdout in the company’s effort to control the 38 contiguous acres in the area bounded by Hermitage Road, Allen Avenue, Broad and Leigh streets, where it has been planning the multi-phase, mixed-use project that began with a Whole Foods-anchored section in 2019.

“It was the last piece of the puzzle that we needed to unlock the redevelopment potential of Sauer Center,” said Sauer Properties President Ashley Peace.

The seller in the deal was 99-year-old local oil and gas firm Massey, Wood and West, which had owned the property for decades. Sauer closed on the land Oct. 13. It was most recently assessed by the city at $1.2 million. 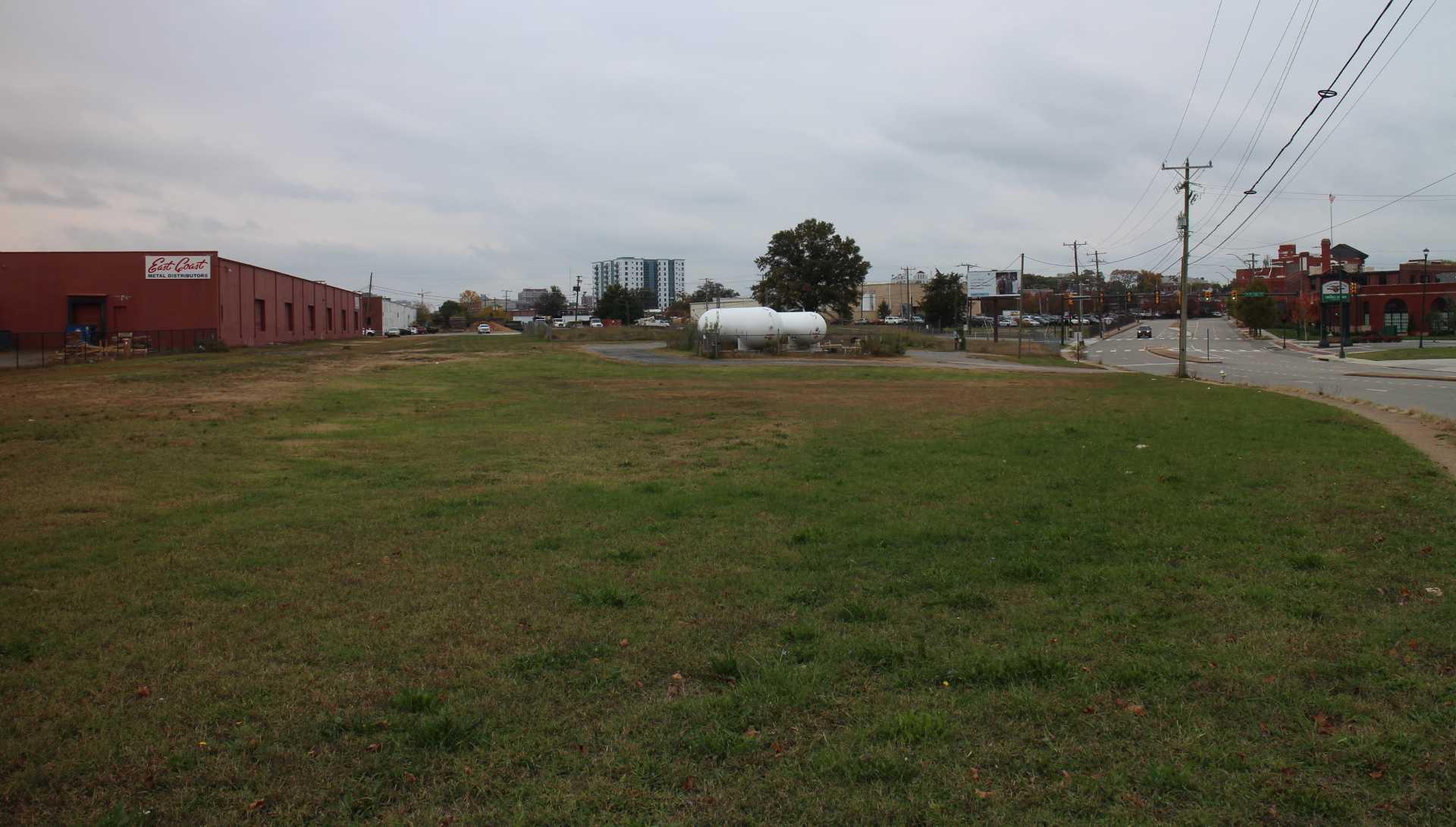 A pair of fuel tanks is all that stands on the 0.7-acre parcel. (Mike Platania photo)

Sauer’s holdings in the area span 20 parcels. City records show it has owned most of those, including its family’s longtime spice factory at 2000 W. Broad St. and the former Sears-turned-warehouse at 1700 W. Broad St., since the 1970s and 1980s.

Some of its more recent acquisitions for the assemblage include the Putney Building at 2220 W. Broad St., which it bought from the state in 2012 for $4 million, and a warehouse at 1801 W. Marshall St. it bought for $2 million in 2020.

The only properties it doesn’t own within the tract are the Lee’s Famous Recipe Chicken building at 2200 W. Broad St.; Richmond Printing’s roughly 16,700-square-foot building at 1806 W. Broad St.; and the 4-acre lot at 900 N. Allen Ave. where Spy Rock Real Estate Group recently filed plans for a 5-story, 301-unit apartment building.

In addition to Whole Foods, the Sauer Center’s completed first phase included renovating five buildings to house office tenants such as CarMax, Barton Malow and Great Minds. Last year, Sauer began planning a 4-story, 53,000-square-foot office building to rise behind the Putney Building off Broad Street, though work has yet to begin.

It’s unclear what the rest of the Sauer Center will look like. Peace said the firm is still working on its master plan and would not disclose further details at this time.

Wow, was just talking about this area being the next big development opportunity. Excited to see the plans for this as this is Prime location near Scott’s Addition, Brewers Row, Diamond District, Museum District and the Pulse bus line.

So far Sauer Center has a lot of surface parking and low density offices/retail, which isn’t very exciting. I hope their future plans involve more density with structured parking.

A coffee shop would be lovely!!

Although what you say about the density is true, much of that has been repurposing existing structures. I think they’ve done a nice job on that. Their future—as well as a big slab of The City’s future—relies on them creating a high density mixed use and mixed income development much like that which we see in the plans of the Diamond District. It would be a grave miscarriage of their responsibility if the choose to continue surface parked development. I think they’ll do the right thing, largely because it’ll be in their financial interests to use the land wisely.