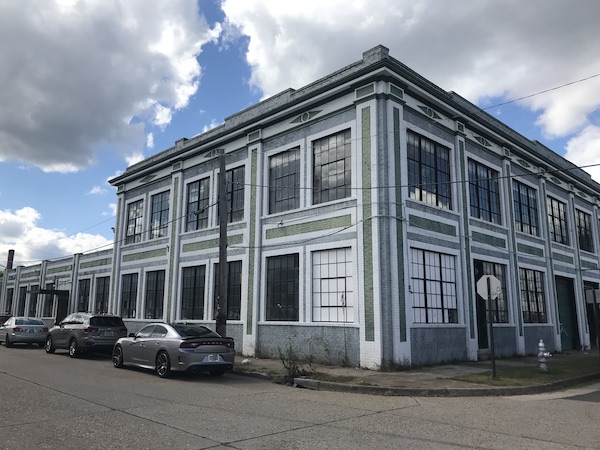 An old warehouse near the Sauer Center sold for $2.17 million. (Mike Platania photo)

Richmond’s Sauer family has secured another property for its real estate collection just north of the Fan.

An entity tied to Sauer Properties purchased 1801 W. Marshall St. earlier this month for $2.17 million. The property is home to a 95-year-old, 23,000-square-foot warehouse occupied by The Paul Saunders Roofing Co. The site was most recently assessed by the city at $817,000.

The land is contiguous with the majority of Sauer Properties’ holdings in the surrounding neighborhood, anchored by the family’s namesake spice factory and its Sauer Center development. The family owns nearly 39 acres on land bound by West Broad, North Meadow, Hermitage Road, West Leigh and North Allen. The Marshall property is one of only a few sites the family doesn’t own within those boundaries.

The seller in the Marshall deal was Emsea Holdings LLC, which had owned the building since 2001 when it bought it for $183,000.

Last year was a busy one for the family. It sold its namesake spice brand, welcomed in Whole Foods as an anchor tenant at Sauer Center at 2024 W. Broad St., and began signing additional office tenants for the project.

To date, CarMax, consulting firm SingleStone, nonprofit Great Minds and construction firm Barton Malow Co. have signed on for a total of 115,000 square feet of office space in the Sauer Center.

The Sauers have remained busy in Henrico County in recent weeks as well. Earlier this month, Sauer Properties successfully sought rezoning of 226 acres it owns in Varina near Richmond International Airport to help pave the way for an eventual industrial development.