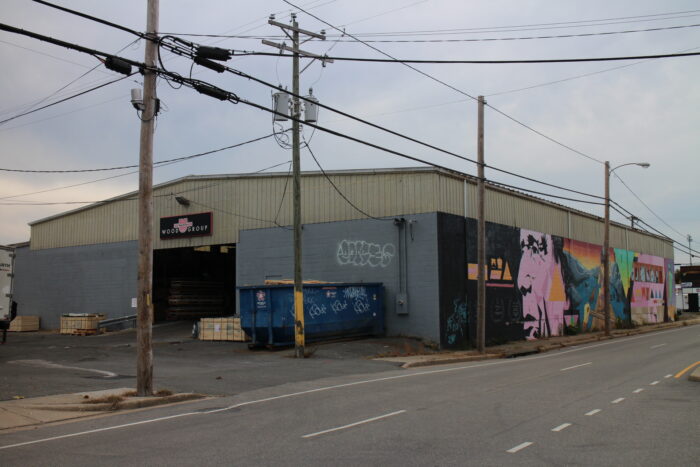 With this second deal, TRP now controls nearly 3 acres at the intersection of Rhoadmiller Street and Hermitage Road.

Thalhimer’s role on the Diamond District redevelopment team hasn’t slowed its dealmaking in the surrounding area.

Cabinetry company Wurth Wood Group occupies both warehouses, which total 41,000 square feet. Raggi said WWG has been there for years and will remain as a tenant in the near term.

The off-market deal closed on Oct. 27, per city records. The parcels were most recently assessed by the city at a combined $3.3 million. S.L. Nusbaum’s Reid Cardon represented the sellers in the deal.

TRP principal Matt Raggi said in an email that the firm began discussions with the owner of 1701 Rhoadmiller St. and 2508 Hermitage Road shortly after last year’s deal.

“While we don’t have any immediate plans, we view this as a good long-term investment. Combining the four parcels will give us about 2.7 acres in a location which we believe is in the path of growth,” Raggi said.

Much of that path of growth will be steered by Thalhimer, along with D.C.’s Republic Properties Corp. and Chicago’s Loop Capital, as the group made the winning $2.4 billion pitch in the city’s Diamond District RFP process.

TRP isn’t just focused on the city. Last week the firm acquired 2211 Station Road in Chesterfield for $7.75 million. A warehouse occupied by Pella Windows & Doors sits on that land near the Chippenham Parkway-Interstate 95 interchange. 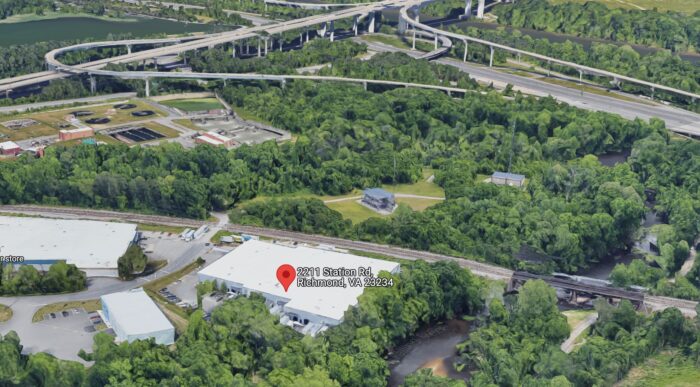 The warehouse in Chesterfield is near the Chippenham Parkway-Interstate 95 interchange, which is seen in the distance.

Raggi said that deal was more of a pure investment. The 61,000-square-foot warehouse at 2211 Station Road is fully occupied by Pella Windows & Doors, whom Raggi said signed a new long-term lease for the space at closing.

“We were attracted by the product type, its good location for warehouse and distribution and Pella’s long-term occupancy and commitment to remain in the building for the foreseeable future,” Raggi said.

He added that the Station Road deal was also handled off-market. County records show the deal closed Oct. 26 and that it was most recently assessed at $1.7 million.

As it waits to dig in on the Diamond District, TRP is well underway on another one of its projects in that area.

The concrete for the parking deck of Novel Scott’s Addition, an apartment project TRP is working on with a Charlotte developer, has been poured at 2902 N. Arthur Ashe Blvd. Raggi said they’ll soon begin vertical construction on the project that’ll bring 272 apartments to the former Wesco Distribution site.

At a home builder association dinner last night I heard several stories about land deals going dark due to rising interest rates. Thalhimer has been hedging it’s investments by purchasing properties with existing income streams, some of them obvious future “scrape and build” locations. They’ve proven that they understand the market and where it’s headed. The region will continue to grow and smart investments are still being made in areas that have proved their long term value like Scotts Addition, Manchester and the emerging Henrico area of the Dabney industrial Park.

This property is within a stone’s throw of The Diamond District and VCU’s proposed Sports Complex. It’s simply a good business decision. In commercial real estate we have a term…”Location, Location, Location. This is a perfect location for the future.