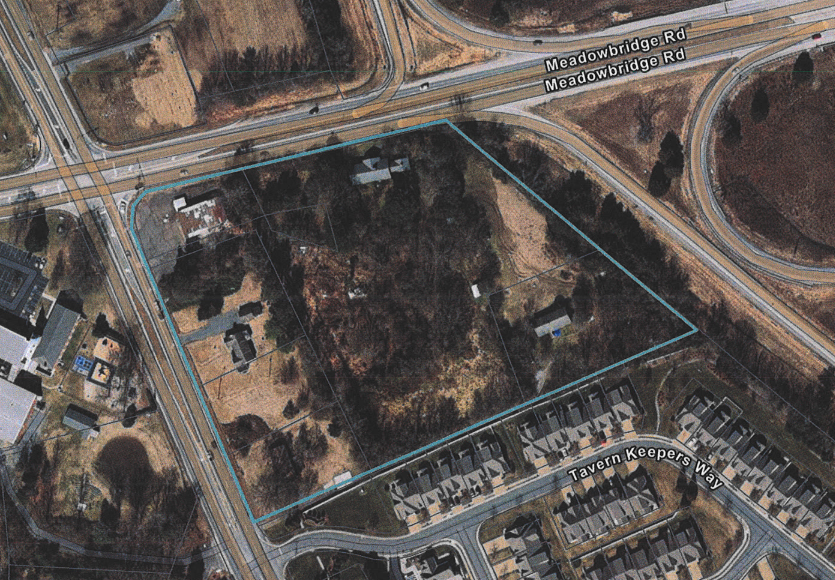 The Hanover Board of Supervisors is scheduled to consider a rezoning tied to a proposed 120-unit apartment development that would be built at the corner of Meadowbridge and Shady Grove roads outlined in blue. (Image courtesy of Hanover County)

The Hanover Board of Supervisors is slated to vote Wednesday on a proposed 120-unit apartment complex in Mechanicsville. Full meeting agenda here.

The applicant for the rezoning needed for the project is Meadowbridge Apartment Associates, an LLC tied to Toano-based builder Robert Lang.

The development would rise on the southeast side of the Meadowbridge Road and Shady Grove Road intersection. The project would demolish existing buildings on the project site, according to a staff report.

The project would feature 10 three-story apartment buildings of 12 units each, per the staff report. The units would be a mix of two- and three-bedroom units. The development would also include a clubhouse, dog park, swimming pool and other amenities.

A similar request was rejected by the board in 2021, with one major concern being traffic safety, according to the staff report. The report states that since the 2021 rejection, the applicant has further worked on road improvements to address safety concerns related to U-turns at Shady Grove and Tavern Keepers Way.

Staff and the Planning Commission recommend approval of the request. The board’s vote would be the final verdict on the proposal.

Also at the board’s meeting, Economic Development Director Linwood Thomas is scheduled to give a presentation on his department’s activities and economic development metrics in fiscal year 2022.

The Chesterfield Board of Zoning Appeals voted last week to uphold county staff’s determination it was unable to provide a building permit for a planned medical cannabis dispensary in Midlothian. The county argued that the determination was appropriate because cannabis is illegal on the federal level.

Charlie Vaughters has been appointed to represent District 4 on the Goochland Board of Supervisors, the county announced last week.

Vaughters is filling the vacancy on the board created by the death of Donald Sharpe in September. Vaughters will hold the interim post until Dec. 31, 2023. An election for a permanent board member will take place in November 2023.

Vaughters is currently managing director and commercial banking development head at Primis Bank. He is also the vice chairman of the Virginia Board for Professional and Occupational Regulation.

On the agenda is an ordinance amendment to allow changes including new masonry construction instead of previously planned shipping containers for the Richmond Art Garage gallery planned at 205 W. Brookland Park Blvd.

Local developer Daniil Kleyman seeks a special-use approval for a mixed-use development with 31 dwelling units and ground-floor commercial space at 4000 Government Road. Also for consideration is a special-use permit application to allow a restaurant to operate on the first floor of 401 S. Stafford Ave., in addition to an apartment unit on the building’s second floor.

The meeting’s agenda consists of two items related to establishing a cold weather shelter at 1900 Chamberlayne Ave. The shelter would be operated by Commonwealth Catholic Charities and located on property owned by The Salvation Army, which had previously sought to move its Central Virginia headquarters there.

The council’s Organizational Development Standing Committee will also convene during the meeting. Full agendas can be found here.

On the agenda is Pemberton Investments LLC’s rezoning request tied to a 28-home development at John Rolfe Parkway and Pump Road, as well as a Markel | Eagle proposal for an 80-home subdivision on a 46-acre site southwest of Pouncey Tract Road and Wyndham West Drive.

Also on the agenda is Scott Boyers’ proposal for a six-story building with four levels of apartments above structured parking at 4909-4911 Augusta Ave. The 1-acre property is on the east side of Willow Lawn. 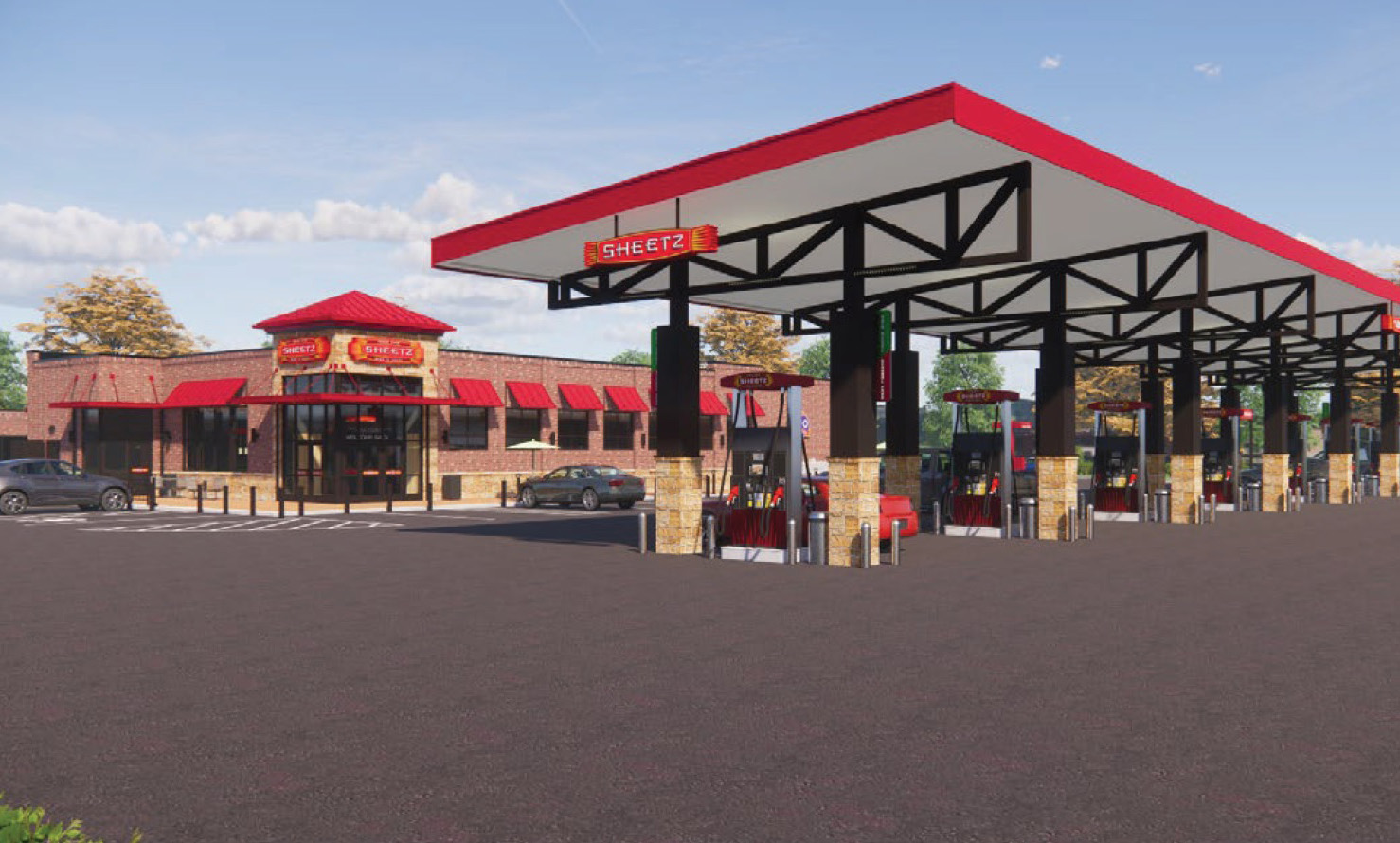 A rendering of the Sheetz that’s planned for the Staples Mill Road site across from the train station. (Image courtesy of Henrico County documents)

Business includes Rebkee Co.’s plan for a Sheetz and a separate commercial building across Staples Mill Road from the Amtrak station. Other items include rezoning requests from Dorado Capital to remove age restrictions and an entrance gate for two previously approved subdivisions on Meadow Road east of Highland Springs.