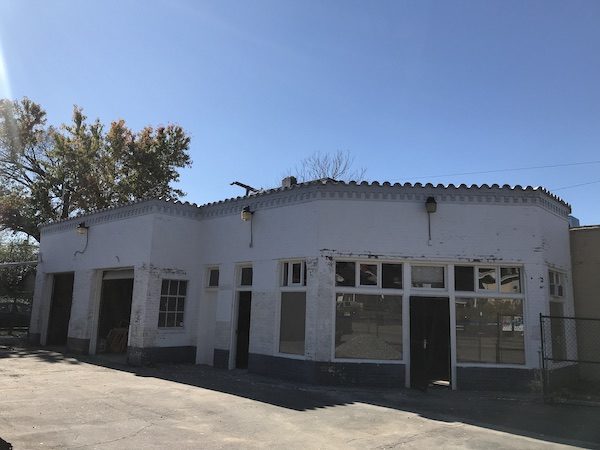 A Brookland Park property once eyed by a local coffee roaster will be reborn as an art gallery.

Lamplighter Coffee Roasters had the property under contract in 2017, but the deal fell through.

Reid thought about having his own gallery space after he left the RTD in 2016, where he covered arts and education for more than 10 years.

“I’m also a painter and do mixed-media art. That’s pretty much what I’ve been doing the last three years,” Reid said. “So I’ve been looking, for the last couple years, for a gallery space where I can show a little bit of my work, but mostly find a space for artists that don’t really fit into the million galleries in Richmond.”

Reid said he was drawn to the Brookland Park Boulevard property for two reasons.

“One, it’s in a neighborhood. You go in and you get to be in a community … the Brookland Park area is a vibrant, hopping place,” Reid said.

“That and the size of the lot was a big appeal. The building’s not that large but has a ton of space outside.” 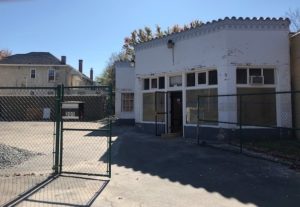 Reid bought the 1,200-square-foot gas station and an additional empty, 0.15-acre lot at 209 W. Brookland Park Blvd. from local developer Charlie Diradour on Oct. 17, per city property records. The properties most recently were assessed for a combined $150,000.

Reid said he’s planning to add five 40-foot shipping containers that’ll be arranged in an L-shape and will add more studio and gallery space. Some of the property’s lot will be kept open, which Reid said he’ll use for events.

He said the old gas station has the right zoning and environmental clearances, and that he’s waiting on permits from the city to begin renovation work.

“A big thank you to Lamplighter. They paid for an environmental study on the lot. The (Virginia Department of Environmental Quality) gave it a clearance, and the tanks have been taken out and the soil seems fine,” Reid said.

Reid is the sole owner of the Richmond Art Gallery and his brother-in-law Pete Geyre is the project’s contractor.

The gallery is aiming for a spring 2020 opening.

Next door to the Richmond Art Garage is the vacant former American National Bank Building, which has been embroiled in controversy this year as the city seeks to recoup a $200,000 grant it awarded to owner Dixon/Lee Development years ago.

Also nearby is Boho Fit Studio, which opened at 127 W. Brookland Park Blvd. in early 2019.

So Zoning in the City will allow shipping containers on the property to be used a gallery space????