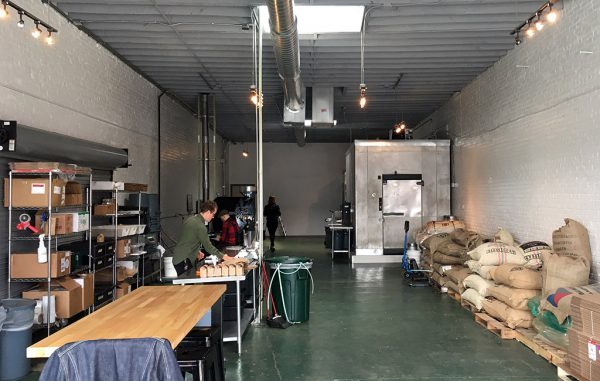 Lamplighter has added some extra elbow room at its Scott’s Addition location, some of which will be used to increase production of its new nitro cold brew coffee.

The rest of the warehouse previously was occupied by Richmond Cycling Corps, a nonprofit that supports youth in public housing projects through bicycling. The organization has moved to 2123 Fairmount Ave. in the East End.

“We’d run out of room for production and roasting,” Archibald said. “We’re our own biggest client, and we’d like to increase our wholesale as well.”

The added warehouse space has freed up room in the back of its location, where Archibald said the company will host barista training courses.

Part of the new warehouse room is being used for production of on-tap cold brew coffee. Archibald said Lamplighter still is developing the recipe, and kegs already are pouring it at some local spots, including Commercial Taphouse and The Veil Brewing Co.

Archibald said the firm would like to have cold brew on tap at all three of its locations by the end of summer. She said canned or bottled Lamplighter cold brew may be coming as well, though that isn’t likely to happen until next spring or summer.

That would follow a trend carried recently by Black Hand Coffee Co. and Triple Crossing Brewing, which struck a partnership this year to create their own cold brew.

After adding locations on Summit Avenue and at 26 N. Morris St. in 2012 and 2014, respectively, Archibald said the group is looking to the Northside for a fourth location.

Archibald confirmed the company has made an offer to purchase 205 W. Brookland Park Blvd. The building sits on a former gas station, which has led to an extended due diligence phase. Archibald said the deal likely would close in a month.

A few blocks down, Black Hand is preparing to open its Black Hand Cafe Nostra at 15 E. Brookland Park Blvd.