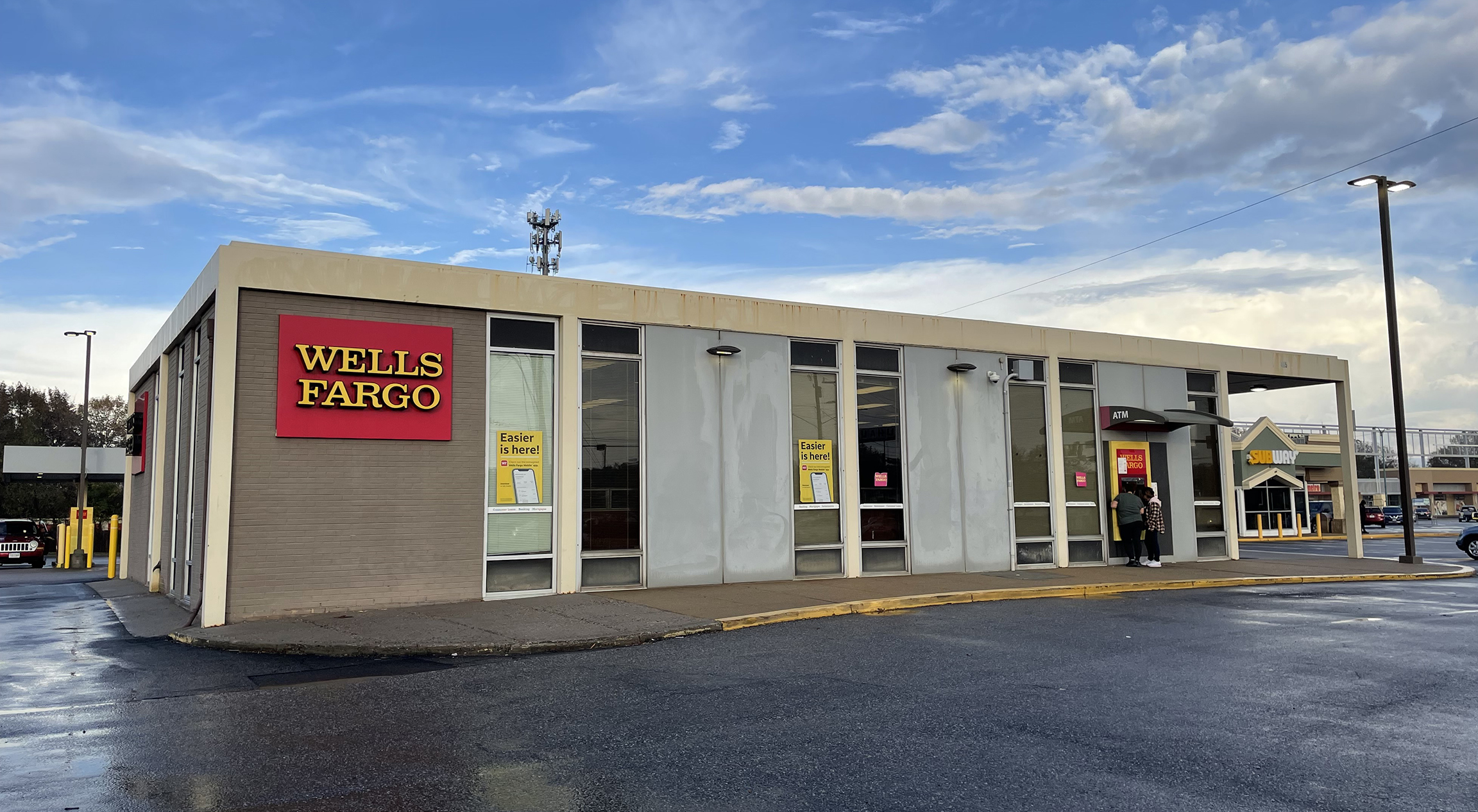 Wells Fargo has put another of its local branches on the chopping block.

The banking giant plans to permanently shutter its location at 415 E. Belt Blvd. in the city’s Southside.

It’s set to close Jan. 25 at noon, according to a sign on the door.

The closure follows three others the bank finalized locally in the last 12 months at 9000 Patterson Ave. in the West End, 13241 Rivers Bend Blvd. in Chester and 11151 W. Broad St. in Short Pump. 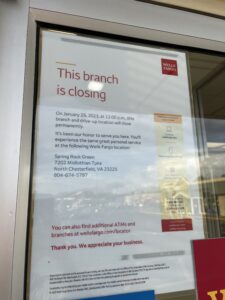 A sign on the door informing customers of the closure.

A Wells Fargo spokesman could not be reached by press time for comment on this latest closure. The bank has said recently its closures are part of its ongoing evaluation of its branch network in light of changing consumer trends.

The Belt Boulevard branch held around $54 million in deposits as of June 30, according to the most recent FDIC figures. That makes it Wells Fargo’s third smallest branch in the region by deposits.

The bank is looking to shift customers of the branch to its location at 7202 Midlothian Turnpike, which sits about three miles west. It’s a far larger branch with around $150 million in deposits.

Wells Fargo had 48 branches in the Richmond metro area as of June 30.

The bank controls nearly $9 billion in local deposits, which ranks it third in the region behind Bank of America’s $25 billion and Truist’s $11 billion.

It’s unclear what will become of the Belt Boulevard property upon Wells Fargo’s exit. The 3,200-square-foot branch building and its 0.8-acre parcel are owned by Star River Investments Corp., according to city records. The firm keeps an address in Delaware and could not be reached by press time. It bought the property in 2013 for $680,000. The building and land were most recently assessed at a combined $810,000.

Wells Fargo is the second big bank to shutter a branch on Belt Boulevard in the last couple years. BB&T closed its outpost at 200 E. Belt Blvd. as part of its merger with SunTrust. That property has since been acquired by a Washington, D.C.-based developer.