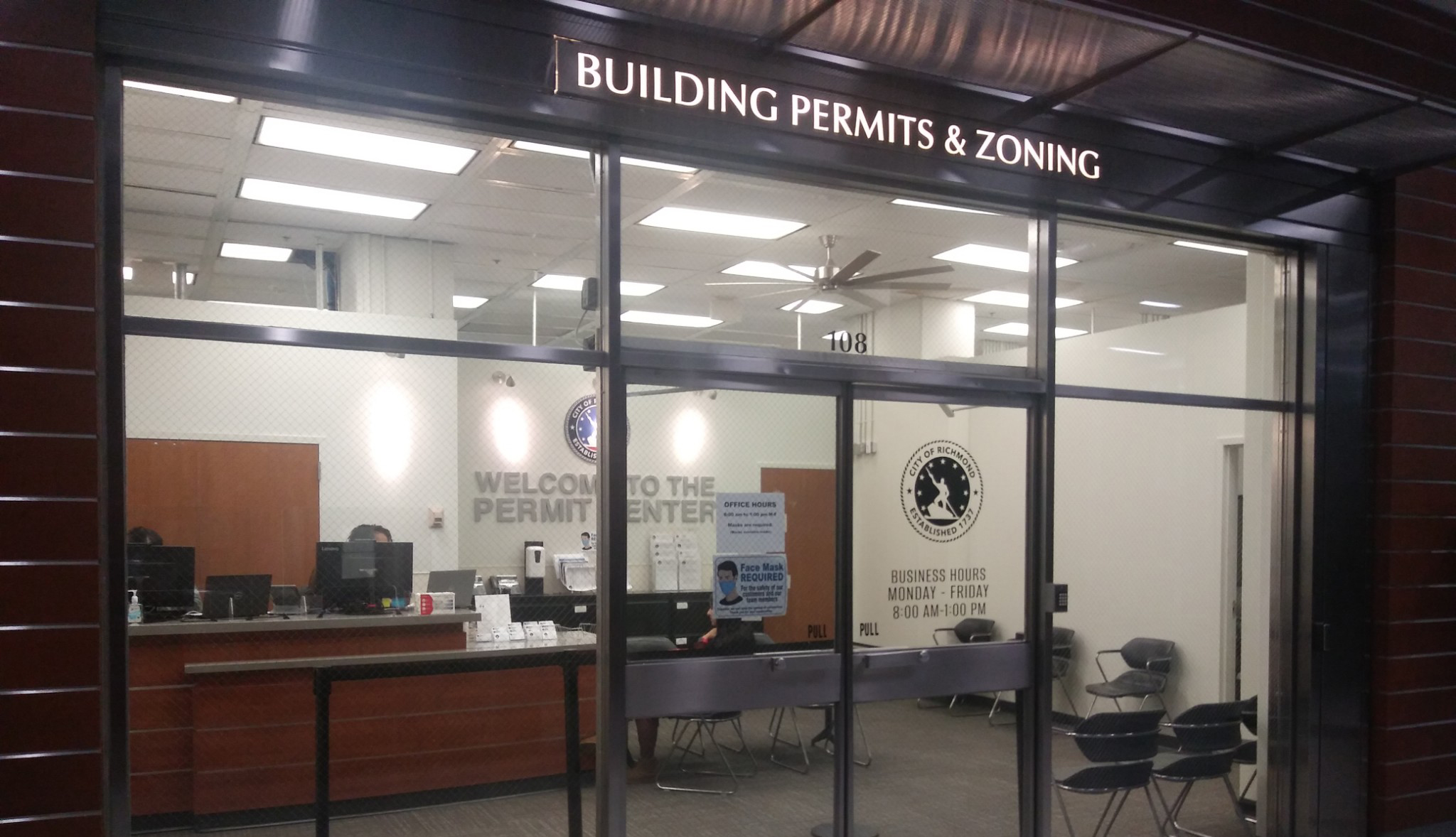 The redesigned permits and inspections office at City Hall was reopened a few months ago with limited hours. (Jonathan Spiers photo)

When David Alley was put in charge of Richmond’s beleaguered permits and inspections office a year ago, the time it took his then-shorthanded staff to process building permits ranged from as long as 45 days to two months, he said.

Today, with dozens of new hires filling out its ranks and new operating procedures and policies in place, the office’s permit intake and turnaround time has been averaging within five business days. In some cases the very next day, Alley said.

“We’ve made a lot of progress over the past year, but we have a long, long way to go,” Alley said Monday in a presentation to the Richmond City Council on improvements being made to the office’s operations.

The presentation was made with Planning and Development Review Director Kevin Vonck and Deputy Director Leo Mantey. It came less than a year after complaints that have hounded the office for years made headlines again in BizSense, driven in large part by the office’s outsourcing of application reviews to a consulting firm office in California.

While that process in some cases initially added to turnaround times and complaints, it and other steps taken in the months that followed have contributed to a significant reduction in the office’s application backlog — from a peak in mid-January of nearly 1,200 applications awaiting review, to less than 100 most weeks since mid-August.

The amount of time those applications remained in the queue decreased by an average of 50 days from last November to now, the presentation showed.

“Richmond had a pretty poor reputation in terms of a place to do business and new development, and there were a lot of comments circulating out there. We took that as a challenge to change,” said Vonck, who also assumed his role last year as head of the PDR department, which includes the permits and inspections office.

Noting compliments that the department has received in the time since, Vonck added, “I think it’s a sign that over the past year we’ve made significant strides towards improvement. That does not mean we are done making improvements. But in terms of building a strong team, implementing some strong standard operating procedures and really focusing on our residents as customers and clients has pushed us forward.”

This graph indicates the volume of applications waiting to be processed (shown in gray bars) decreased from a peak of nearly 1,200 in January to below 100 in recent months. (Courtesy of city documents)

On top of its new permit intake goal of five or fewer business days, the office has been exceeding its goals for other operations as well.

Entitlement reviews for land use and zoning have averaged 75 business days, below the goal of 90 business days for special-use permits and community unit plans, Vonck said. CUPs have been averaging 105 days, but Vonck said those are larger and are on the right track.

Helping with those efforts are three planning specialists and two planner associates that have been added by leveraging funds from building code fees. Those add to 71 vacant positions that have been filled since July 2021, the start of last fiscal year.

Vonck said some of the vacancies were created by internal hires. Four plan examiner positions have been funded and posted for recruitment. The department currently has 124 employees. 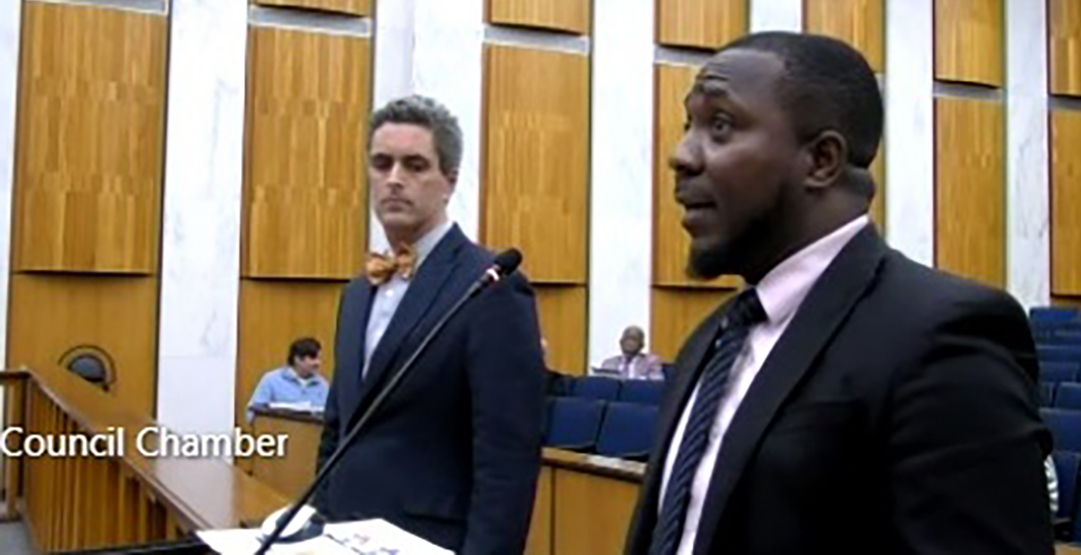 Another addition is Mantey, who was hired in March to fill Vonck’s previous role as deputy director. Previously an operations manager for the City of Fort Worth, Texas, Mantey said he’s also serving as a project facilitator, providing a point person for applicants through the multi-department review process.

Describing the setup as a “one-stop shop,” Mantey told the council, “We’ve also told our citizens and customers to hold us accountable. If we are telling you that we will review your permits within three weeks, we expect you to get in touch with us if you are not getting any feedback from us in three weeks.”

He added, “Our process has also been very transparent. As much as we want to provide the best for the city of Richmond, we also don’t want our comments or feedback on development review to create an undue hardship for the citizens or the developers that we work with.”

While the increase in staff has helped speed up turnaround times, Vonck said that hasn’t necessarily meant an increase in building code revenue. He said the number of permit applications has been “fairly consistent” since July 2021, but that the resulting revenue has been able to be processed faster. He said building code revenue for this fiscal year is budgeted at $8.8 million and on track to meet that.

Also contributing to the turnarounds is the addition of Safebuilt, a consulting firm headquartered in Colorado that the city hired earlier this fall as its new in-house third-party plan reviewer. The service is separate from Richmond’s outside third-party review program, in which applicants can hire pre-approved private firms to conduct inspections and plan reviews.

The city is still working with Bureau Veritas, the firm whose California office was handling both inspections and plan reviews earlier this year. Vonck said Bureau Veritas is performing a limited amount of work for plans that require mechanical review, whereas Safebuilt will provide plan reviews specifically to help with fluctuations in demand.

Safebuilt has been sent an initial batch of plans that will be checked for consistency and compliance before more plans are shared, Vonck said. He said the city has not yet made a payment to the firm for the service. 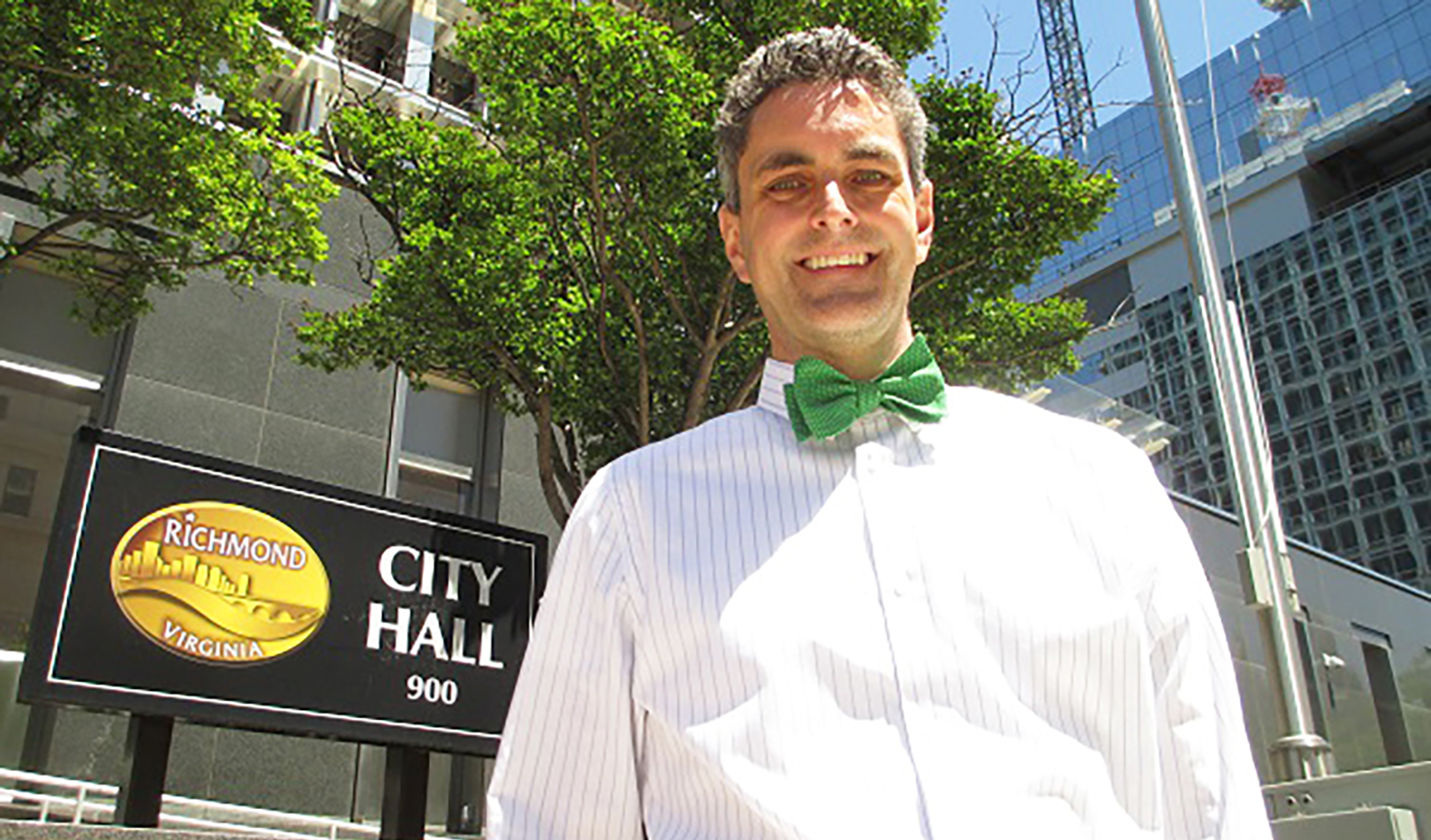 Of Bureau Veritas’s work, Vonck said after the meeting, “There were some minor issues with the first batch of plans, but they were quickly resolved. We were quite pleased with the quality and timeliness of the work they performed.”

Other additions to the department include a customer service division to assist applicants with navigating the process. And a few months ago, the permits and inspections office reopened its City Hall lobby, which had been closed due to COVID. The redesigned lobby is open from 8 a.m. to 1 p.m. daily for limited business.

“Even though we’re 24-7, we want people who do not have a computer or do not have the skills or have questions to be able to actually come into the office, ask for one of us and be able to sit down and work through their problems,” Alley said.

“As we move into the future, we always are thinking of the customer. The customer doesn’t really care what we do on the backend. What they want is: ‘I want the easiest way to apply for a permit, and I want my permit yesterday.’”

The office has fully transitioned to receiving and processing applications electronically and it’s planning updates to its permitting software that could replace or supplement the current Energov system, which some observers have deemed ineffective.

Vonck said Safebuilt is assessing the city’s plan review process, including the software. He said city staff is now vetting systems to see what could be used and hopes to make a selection later this year or early next year.

“If you can’t apply for a permit from your smartphone, then it’s not a software we should have,” Vonck said. “I will say in the research that’s out there, most communities, everyone is equally dissatisfied with their software.”

Councilmembers lauded the presenters for their efforts, including Andreas Addison, the First District representative whose own frustrations with delays in permitting a gym he later opened put him at the center of the story. 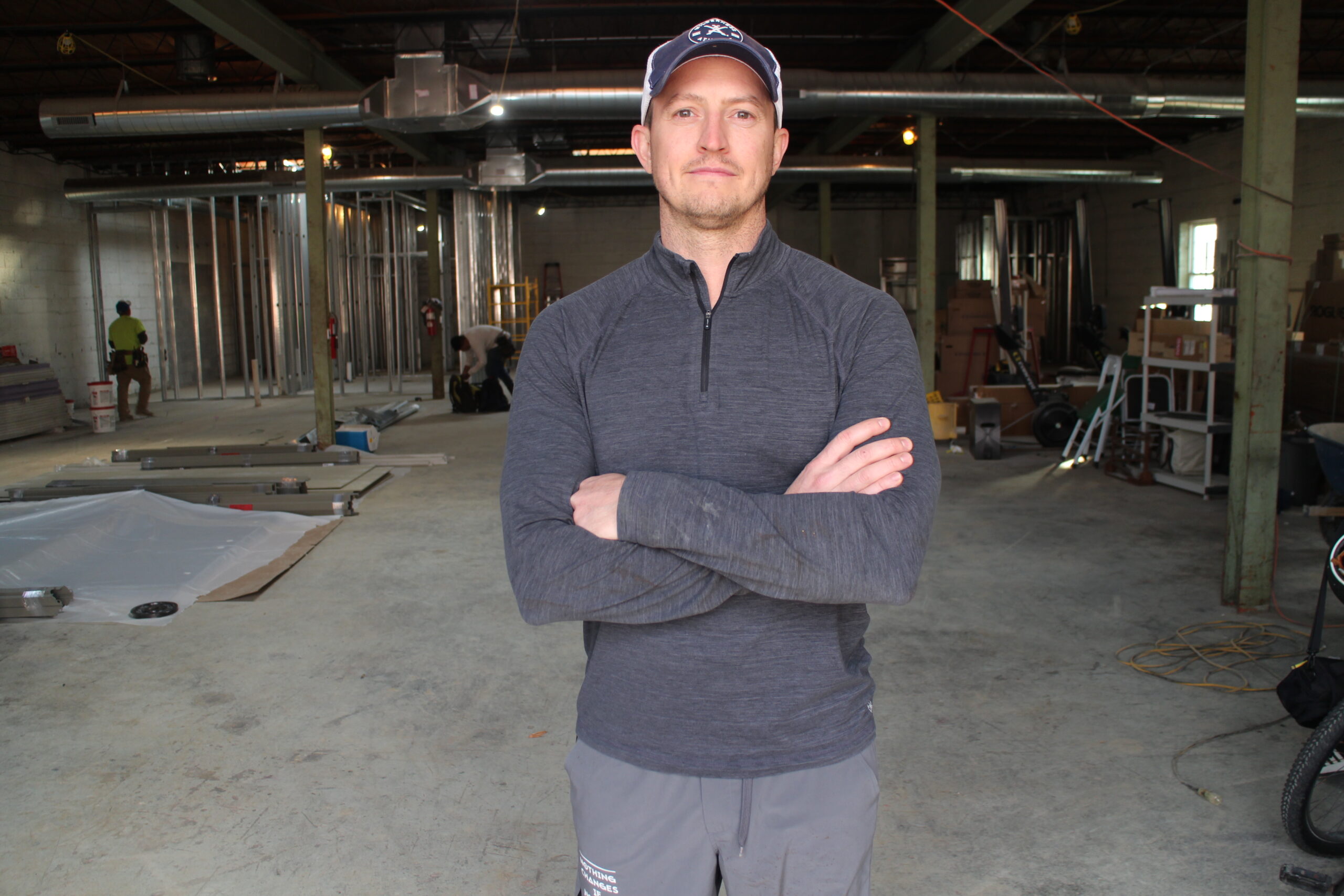 First District City Councilman Andreas Addison in the Scott’s Addition space where he opened a gym.

“As a representative on this board, I think we are eager to be partners and support whatever you need to continue this investment, to improve this operation to make ourselves open to business,” Addison said.

“We always hear how it works across the lines of our boundaries, north and south in the counties, and I just think there is a lot of people that would be very excited for us to be an easier partner to invest in,” he said. “It’s on us to make sure we do this together. I know we have good people, and I look forward to seeing how we can move this forward.”

Vonck said changes over the past year have been based in part on feedback from members of the Home Building Association of Richmond (HBAR), Richmond Association of Realtors and PRO Central VA, as well as conversations with colleagues in Henrico and Chesterfield counties.

In an email, Greenfield said, “David Alley and Kevin Vonck have been responsive to the calls for improvement from HBAR’s members. We appreciate their efforts to reduce the backlogs.”

HBAR’s Multifamily Council was created about seven years ago in response to the poor performance of City Hall in processing plans, permits and inspections. At the time, the City had three intake planners, and only one electrical inspector. Then he retired. We’ve endured years of poor to mediocre service while awaiting promised changes from one group of staff to the next, sinking millions each year into fees that were never reciprocated with improvements to service. We had bills processed at the General Assembly specifically targeting the city’s misuse of permit fees in their general fund but still no action. Three… Read more »

Not nonsensical. They are the first letter of a month and then one for each week of the month.

Nice Reporting from Spiers, as always.