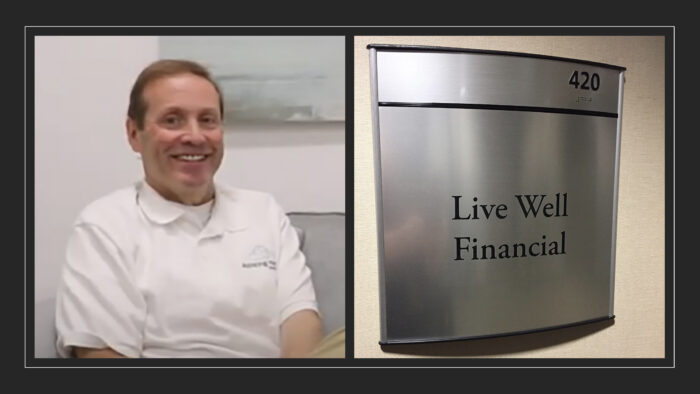 With a sentencing date set for former Live Well Financial CEO Michael Hild, two of his former top lieutenants and co-conspirators now know when they will learn their fate.

Darren Stumberger and Eric Rohr, who pleaded guilty to the same crimes as Hild and cut a deal with prosecutors in exchange for testifying against their former boss, will be sentenced in March and May, respectively, in federal court in Manhattan.

It was the pricing of those bonds, particularly pools of reverse mortgages packaged and sold to investors, that was the crux of the scheme that brought down the once-fast-growing company and led to their arrests and that of Hild in August 2019.

All three men were charged with five counts, including securities fraud, bank fraud and wire fraud, related to a scheme to defraud the company’s lenders by falsely inflating bond values in order to induce the lenders into lending more money to Live Well than they otherwise would have.

Rohr and Stumberger quickly pleaded guilty to all counts, while a defiant Hild pleaded not guilty and faced a jury trial in April 2021 at which Rohr and Stumberger were key witnesses. Evidence at the trial included secret recordings Stumberger made of meetings at Live Well when leadership was discussing the bond pricing.

The jury found Hild guilty on all counts and he has since fought a nearly two-year battle to stay out of prison.

Sentencing for Stumberger and Rohr, meanwhile, was put on indefinite hold as Hild built a case for an acquittal or new trial. They, like Hild, have remained free on bond.

When a judge ultimately struck down Hild’s arguments and set his sentencing date for Jan. 27, the freeze on Stumberger and Rohr’s cases was lifted.

Rohr, who still resides in Richmond, will face Judge Ronnie Abrams – the same judge presiding over Hild’s case – for sentencing on May 11 at 11:30 a.m.

Stumberger’s case is being handled by Judge J. Paul Oetken and his sentencing is set for March 31 at 2:30 p.m.

Rohr is represented by attorney Gregory Bruch of Bruch Law Group in New York. Bruch said he could not comment on the case when reached last week.

Stumberger could not be reached for comment and it’s unclear who is representing him in the case.

It’s unclear what Rohr and Stumberger’s punishment will be. Their charges, like Hild, carry a maximum of 115 years in prison, though the sentences for all three will surely be far less. And given their plea deals and cooperation, Rohr and Stumberger are sure to face a lesser punishment than Hild.

Rohr’s sentencing would bring a seemingly complete end to the legal fallout he’s faced as a result of Live Well’s collapse. He also already has settled claims filed against him last year by the trustee handling Live Well’s bankruptcy. Rohr ultimately agreed to pay $25,000 to the Live Well estate, as well as waive his right to make any future claims against the estate and any rights to coverage under the company’s director’s and officer’s liability insurance policy.

He also agreed to cooperate with the trustee’s ongoing pursuit of assets, including participating in interviews with the trustee’s camp and testifying when called. The trustee has sued Hild, his wife, Laura, Stumberger and others for more than $100 million. Those cases are still pending.

I’m wondering where the Richmondbizsense gets these pictures of the people getting ready to go to jail. All of them are smiling!