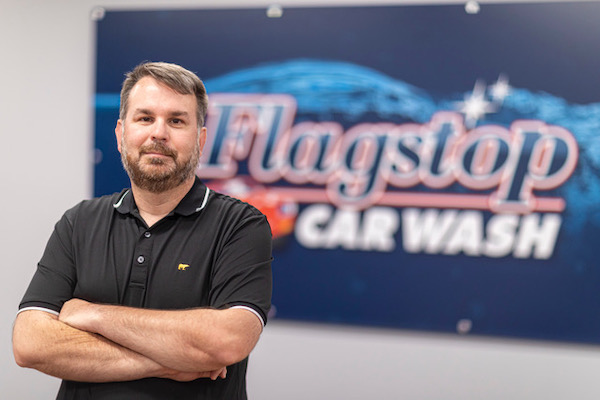 For years, Jamie Nester fielded offers from private equity firms wanting to invest in his business.

And for years, he never took the money.

“We’ve always kind of pushed it off, said, ‘Yeah, we don’t really need it. We can go out on our own. We don’t need your help,’” said Nester, president and CEO of Richmond-based Flagstop Car Wash.

But now, with 12 locations open, more in the works and even more in mind, Nester has decided to bite the bullet.

Last month, he sold a majority stake in Flagstop to Garnett Station Partners, a private equity investment firm based in New York. Nester, who’ll remain a minority owner and as president and CEO, says the deal with Garnett Station will fuel what he calls an aggressive growth plan to double the company’s locations, eventually reaching 40 to 50 total in the next five years.

“If you ever watch ‘Shark Tank,’ you’ll hear Kevin O’Leary talk about, he likes to find companies that are already on fire and just throw more gas on them and watch them explode,” Nester said. “So that’s kind of what Garnett’s expecting to happen with us.”

Financial specifics of the deal were not disclosed.

Nester chose Garnett Station for its diversity of investments, he said. The group manages $1.85 billion in assets and works with another car wash, restaurants and other businesses.

Nester and Flagstop were represented in the deal by Jershon Jones at Richmond-based investment banking firm Harris Williams. They began the hunt for an investor last spring and it took about six months to choose Garnett Station.

When Flagstop’s founder and previous owner, Bob Schrum, retired in 2017, he handed the keys to Nester, who had been a longtime employee. Nester kept 70 percent of the now-41-year-old company and split the remaining stakes among three business partners.

With the acquisition, Garnett Station now owns approximately 80 percent of Flagstop. Nester and his partners combine to own the rest. 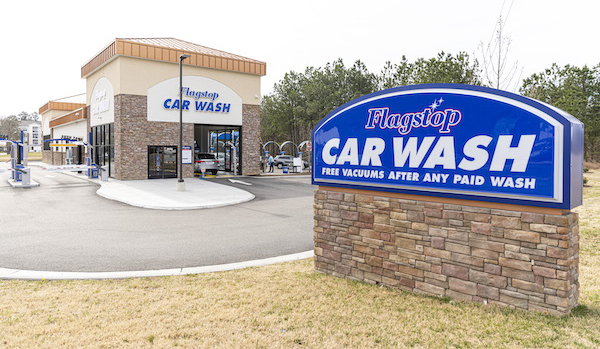 Even though he’s now a minority owner, Nester doesn’t expect much to change in Flagstop’s day-to-day operations. If anything, he said, he won’t have to worry about explaining himself to banks and lenders anymore.

“We don’t have to tie up our, you know, my entire life and mortgage, my house and everything I own to get new projects done,” Nester said. “We can leverage the new company to handle that for us.”

After calling all the shots for the last five years, Nester admits it will be an adjustment to have a new ownership group to answer to. But, he said, the financial backing from Garnett Station is crucial to Flagstop’s growth.

“You know, having somebody that can really believe in you like that and back you when you want to make those decisions,” Nester said, “that’s the big driver for me.”

In a 2021 interview with Richmond BizSense, Nester said Flagstop was bringing in $10 million annually. While he couldn’t give exact revenue for this year, he said sales are up 60 percent from 2021. Meanwhile, the cost of opening new locations has increased, too, especially for construction. Nester estimated that construction prices are up 15 percent from 2021. He still has six locations set to begin construction soon and plans to open five to 10 new locations annually in the coming years.

Instead of spreading out like its competitors — Nester said other car washes have expanded to other states — the goal is to keep all Flagstop locations within two hours of Richmond to ensure it can keep its installation and maintenance teams in house. The owner calls it his “hyperlocal domination strategy.”

“We just want to completely dominate Richmond, so that no matter where you’re at, you’re only a few miles from a Flagstop,” Nester said.

In the next step toward this “domination,” Flagstop is in talks with other car wash chains to negotiate merger and acquisition deals, with the next one coming in February. In the meantime, the company will be adding a vice president of finance to be “the middleman between us and Garnett,” Nester said, but not much else will change for Flagstop’s local owners and operations.

And for all his ambitions, Nester boiled it down to one simple goal.

“We’re hoping to be that, you know, another Richmond success story,” he said.

The car wash business has changed a lot over the years but I still hear resistance toward them from planning staff and commissioners. These are nice looking buildings today and provide a needed amenity to local communities just as C-stores with gas sales do. Granted, it’s the pressure from more upscale residential neighbors that has forced these businesses to dress up their building’s facades but that’s good for all of us. The emphasis should be toward appearance more so than usage. We can all be good neighbors and retain high property values.

Wondering about the next few years for this type of business. It seems car washes are popping up like mushrooms.

Kind of sad he was handed the keys to the business by the original owner only to sell out to a New York based private equity firm five years later. I am sure there is a lot more to the story. I miss the days where we had more local business owners in Richmond. Sign of the times.

Jamie Nester and Flagstop have been amazing addition to the community and a great community partner. Wishing Jamie and Flagstop much continued success.