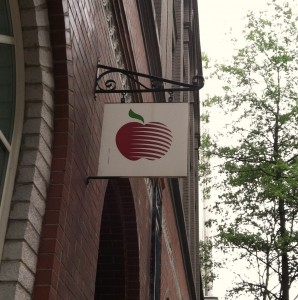 A California investment fund didn’t have much luck persuading shareholders of a local REIT to give up their shares at a fire sale prices.

MacKenzie Patterson Fuller, which in early June made an offer to buy 10 million shares from investors of Apple REITs Seven and Eight at $3 each, only got a few nibbles, according to SEC filings.

Although the firm claimed the two Richmond-based REITs’ shares were worth far less than the $11 investors paid, and despite the funds being under fire all summer, Apple REIT investors wouldn’t bite.

The Apple REIT Companies, which oversees Apple REITs Six through Ten, were dragged into the national spotlight in June after federal regulators accused the funds’ exclusive broker, David Lerner Associates of New York, of misleading investors when selling shares of Apple REIT Eight.

Questions then arose regarding the true financial state of Apple REITs and the true value of the funds’ non-publicly traded shares.

The Apple REITs and Lerner have since been hit with several class action lawsuits from disgruntled investors.

MacKenzie Patterson Fuller was hoping that the negative spotlight would drive more investors to cash out.

But MPF only bought a total of 38,810 Apple REIT Seven and Eight shares at $3 per share, according to the filings. That’s just $116,430, a far cry from the $15 million MPF was looking to spend to get its hands on shares of Apple REITs.

Shareholders of Apple REIT Eight, which owns 51 hotels in 19 states, sold just 15,209 shares to MPF, about 0.02 percent of the fund’s total outstanding shares.

MPF had a little more luck with Apple REIT Seven. It purchased 23,601 of the fund’s shares from investors, 0.03 percent of the shares outstanding. Apple REIT Seven also owns 51 hotels.

Chip Patterson, general counsel for MPF, didn’t return a message left by press time. When he spoke to Richmond BizSense in June, Patterson said his firm would make money by acquiring shares on the cheap and collect the difference if and when the fund sold its hotels, giving the shares a higher value. Patterson said that in the past REITS have sold out to other REITS. He said his firm had no interest in attempting a hostile takeover or getting more active in the managing of Apple REITs or their hotels.

Kelly Clarke, an Apple REIT spokesperson, said in an email that the company had no comment.

Meanwhile, Apple REIT might be planning something big for one of its other funds.

A letter to investors of Apple REIT Six, the oldest of the company’s funds, said it is considering selling the fund or potentially taking it public.

“The Company continues to review our various strategic alternatives, including a possible sale, listing or merger, and we believe conditions within the hotel industry and lending markets make now an advantageous time to pursue such options,” the letter stated. “A transaction of this magnitude is complex and could take a substantial period of time to accomplish.”

The newest of the funds, Apple REIT Ten, has been on a buying spree of late, closing on two hotels for $28 million and entering into contracts for on four hotels in deals valued at a combined $75.15 million.

Re: Apple Six- this is old news. Investors were informed of “exploring a sale” of the REIT back in January, and had engaged Eastdil Secured to handle the transaction. There have been no bites on the properties reported, but two hotels in Tempe, Arizona were liquidated at a steep loss as “underperforming assets.”

This is going to be a tough environment to move these properties. I suggest Glade buy them for Apple Ten and kill two birds with one stone.

I currently hold $15,000 worth of Apple Reit 6 shares with David Lerner. I have filed for redemptions but have only received a few hundred dollars. Do you have any advice for me.
I am a senior single woman who cannot afford even this small loss, if it comes to that.