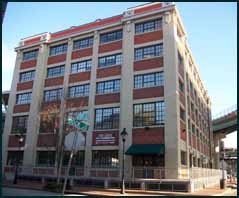 The former chief executive of a convenience store chain is turning the taps back on at a shuttered Shockoe Bottom bar.

“It will be a place to come to watch the games and get a sandwich,” he said.

McComas, 52, said the restaurant would serve hamburgers on pretzel rolls, gourmet macaroni and cheese, and milkshakes. There will also be traditional sports bar food such as wings, wraps, Reubens, sailor sandwiches and salads.

McComas and with Chris Postlewaite, one of his three business partners, have installed 21 flat screens, which Postlewaite said will show all the major sporting events. A game room is also under construction with pool tables, dartboards and video games.

“It will be a Cheers-type atmosphere,” Postlewaite said.

Major Willy’s will keep 32 beers on tap, with eight to 10 local beers such as Legend and Hardywood.

“We’ll try and be as local as possible,” Postlewaite said.

The restaurant started out as the Brass Ass until the landlord rejected the name. The four partners then decided on Major Willy Mayo’s, a nod to the history of the city.

“We wanted to go with someone historic that tied to the area,” Postlewaite said.

McComas said Major William Mayo was an army officer that surveyed much of Church Hill and Shockoe Slip and also laid out the Virginia/North Carolina state line. Mayo Bridge, which links 14th Street to Hull Street in Manchester, was named after his grandson.

Before jumping into the restaurant scene, McComas worked for Fas Mart convenience stores since 1999 and served as CEO for the last eight years. He retired last year. 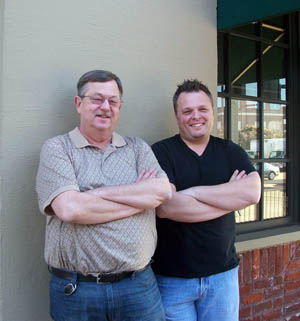 But a life of sitting at home and playing golf wasn’t in the cards.

Soon after leaving Fas Mart, he opened the Ville, a sports bar in Mechanicsville.

“It’s something my wife has always wanted to do,” he said. “I was free and I didn’t have anything to do.”

Postlewaite, 35, worked as a district manager for Fas Mart and helped McComas open the Ville.

With only a year running the Ville under his belt, it wasn’t long before McComas had his mind set on opening another restaurant.

“It can’t be any harder than running convenience stores,” he said.

After searching much of Henrico and all around Richmond, the partners leased the 8,400-square-foot space, which is owned by Fulton Hill Properties, at 115 South 15th St. last month. McComas hasn’t crunched the numbers on his investment but said it hasn’t taken much to get it started.

Major Willy’s will be the first tenant to go into the space in a year. Stool Pigeons, a sports bar that had occupied the space, closed last fall after a few years of losing money.

The sports bar is squeezed in among quite a few other pubs and eateries along the East Cary Street block, including Buffalo Wild Wings, Fish Bowl Bistro, the HardShell, Cha Cha’s, Europa and Dora’s, a former Brazilian restaurant which closed this month.

McComas expects to hire a staff of 40 for the new restaurant and has plans to make Major Willy a household name in Richmond.

Good to hear someone is taking that area over.

I am starting to think richmondbizsense.com should change its name to writeaboutrestaurantsopeninginrichmond.com

You know there was a place that sounds very similar to Major Willy’s that was nearby that served the exact same food and also had lots of tv’s in a “Cheers” type atmosphere. What was it called again? Oh yeah, Stool Pigeon’s! What are people thinking? Save your money and enjoy your retirement. Kudos to BizSense covering the restaurant scene. I can’t get enough of this insanity. If this place makes it two years I will buy the entire bar a round of Mayo sandwiches (hold the mayo).

I wish the owners all the best in their new venture! It’s great to see someone pursue a dream or interest that brings a little something to an area of town that needs a little boost. I just don’t understand commenters that immediately talk down and belittle people who undertake something like this whether it’s a new restaurant or some other business. It happens quite often in Bizsense. How does the opening of this new restaurant hurt you, even if it doesn’t succeed? Why should someone who has the means and desire to do this not give it shot? Where… Read more »

Sounds like a neat bar and great food. Can’t wait to try it out. I’m glad to see Richmond Biz Sense letting us know about new restaurants and places of entertainment, what a plus!!!!

This sounds exciting. This is a great location that failed because of lousy service. If this place has service and food on par with their location in Mechanicsville they will hit a home run! The Ville, Mechanicsville, has the coldest beer and best wings I have found in the entire Richmond area.

All the best to the Major Willy Mayo crew!

great to hear, I wish them luck.

This is the great beauty of the internet. It allows everyone to comment, good or bad. Where is the fun in puff pieces where everyone is telling each other how great they are and how genius their idea is? How can you not second guess someone who says, “I haven’t crunched the numbers on the investment yet.” I mean are you kidding me? No one is going to point that out? Give me a break. I can’t get enough of the great new places in this town and I support everything local. I just don’t see the excitement in a… Read more »

Congratulations to all involved… anything Dave touches is a sure bet. Can’t wait to eat there!

So excited to see the success in this adventure..here, here to the owners and congratulations..cannot wait to try the gourmet mac and cheese!! What a way to start out the New Year..!

I’m excited to visit Richmond in the near future to try out this new spot! Good luck to all and congrats on opening on Friday the 13th – WAY TO GO!!!

So I have to say I stopped by here the other day and had the best wings I have ever tasted. Lots of great sauces and very meaty with a great dry rub on them which I have never seen before. Thought that was a great idea. With that said, there is nothing about the interior that has changed. They basically changed the sign. Unfortunately I still don’t believe that is enough. I was here during NFL playoffs and it was empty. Literally, us and two people at the bar, who may have been working. That’s not good during playoffs.… Read more »

We’re planning our first visit to Major Willey’s during Shamrock The Block. I’m quite anxious to check out the menu. Being a huge fan of “The Ville” I know that at the very least, I’ll be welcomed, appreciated and valued as a customer. More and more it’s become a rarity and I’m thrilled that Dave McComas and his partners plan to continue to expand their business ventures. Good Luck!

AWFUL. The service is slow and the servers seem confused. The best thing I can say about the food is that it is on par with Fridays or Applebees, and at least if you go to one of those chain restaurants, you don’t have to pay to park. Oh, and ask to sit in their non-smoking “section” – 2 booths next to the BATHROOM. The rest of the place is smoking. It was honestly terrible. The chicken fingers were straight out of a freezer bag and just awful. The burgers tasted like cheap meat treated with a preservative and the… Read more »

We went to this place last night after looking up OTBs for the Kentucky Derby. None of us have ever heard of the place before, which is surprising because apparently it’s been open since December? They really should do some kind of advertising on the radio or TV, especially to promote the Kentucky Derby. We got there around 5pm to bet before the race and the place looked pretty crowded… not crazy crowded, but populated… the beer selection was pretty solid and the food was in fact, delicious. I got BBQ wings and they were fantastic… much better than the… Read more »

Best baked mac n cheese in the bottom. Burgers and wings are filling with lots of sauces and toppings to choose from. Great experience.