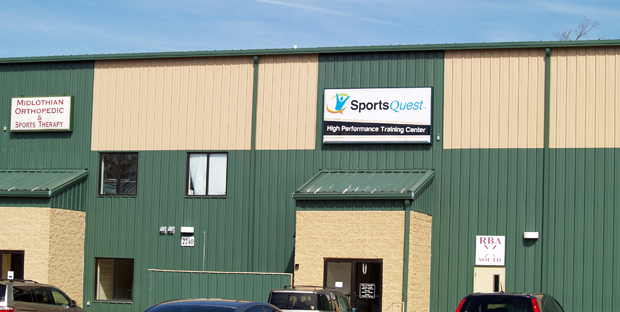 SportsQuest appears to be disintegrating.

After falling way behind on rent, the financially strapped planned sports facility was evicted Monday from the building that housed its basketball court and weight-lifting facility, and the phone line for memberships has been disconnected.

On Monday, the building’s landlord was tearing down the SportsQuest signs and telling patrons that SportsQuest was no longer operating the gym.

“Steve [Burton] always promised one more thing, but I could only take that for so long,” said building owner Neil Carns, referring to SportsQuest’s founder.

“Your patience just runs out.”

Burton did not return a call seeking comment. An attorney who works for SportsQuest declined to comment about the eviction.

It has been a difficult month for SportsQuest. Two weeks ago, BizSense reported that indoors sports facility RISE, one of SportsQuest’s first partners, was pulling out and taking its customers back under its control.

And on Feb. 9, BizSense reported that the state had sued SportsQuest for violating health club marketing rules and demanded the business pay back membership dues.

In a bright spot, the turf fields are being used, and over the weekend Chesterfield County co-hosted a soccer tournament.

Carns declined to say exactly how far behind SportsQuest was on rent but said it was in the tens of thousands of dollars. A source familiar with the financial arrangement said that some SportsQuest checks had bounced. (BizSense reported in August that vendors were months late in being paid.)

SportsQuest had been using Carns’s building, which is near the turf fields in an industrial neighborhood off Genito Road, as a workout facility called the High Performance Training Center. 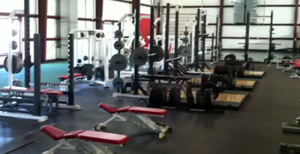 The 30,000-square-foot space has a basketball court, a weight room and workout room akin to what you might find inside a Gold’s Gym. There is also a small day-care center.

It’s unclear which facilities SportsQuest members will be able to use.

SportsQuest’s membership sales center also appears to be closed. A sign on the window reads: “The SportsQuest Membership Sales Center has moved to: 2240 Oak Lake Boulevard.” That’s the address for the building from which SportsQuest was evicted.

I’ve used the “gym” since it was originally opened in 2006 or 2007, previously as ACTS, currently as SportsQuest. I’ve seen Steve Burton casually, but never spoken with him directly. When I got to the gym last night and saw the sign saying SportsQuest no longer had the right to use the facility, I was pretty heated. I have not seen or received any update directly from SportQuest, neither a phone call or an email. I thought it’d be a good idea to run by the sales office to hopefully put in for a refund. The door states the hours… Read more »

What is the address for the sales office?

Big Surprise here. Months and months of negative press regarding this whole sports park thing to include taxes owed, etc.
Does anyone really think that a sports park of this size can make a go of it?

Somebody in the County made money on this deal, and I’d like to know who that is.

People should know that Richmond Baseball Academy South, also housed in that building, is not a part of SportsQuest and is therefore unaffected by this development. RBA South remains fully open and stable in this location.

Chesterfield County needs to step in right now. I can’t help but think the taxpayers’ $4 million investment is in jeopardy. It’s quite clear Burton can’t make this work. The county needs to protect the taxpayers and get out of this, and hopefully find a way to utilize the existing facilities for the county’s benefit.

Steven Burton should be thrown in jail… SportsQuest was a sham from the get go. Thankfully I never spent a dollar here, just feel bad for those that did.

when you fire a good rep from a certain football organization for no reason and with no good explanation, this is what happen to you. oh, not to mention, before stealing this organizations teams . . . (and no, this is not who you think it is)

John said: “Somebody in the County made money on this deal…”

Are you saying with the County government, or just some citizens? I have my doubts about someone from government profiting, but we’ll see.

How long before the County can recoup part of the money, by taking possession of the fields?

It is my hope the county has control of the fields along with Shaw the turf grass company? Steve Burton and his dream aside let’s support the county and whoever is the new owner of the fields as they are a great resource for the community. They are a regional and national grade quality that can attract large organizations from both and could be a great catch for a developer with deep enough pockets, patience and the vision and talent to add to and market them. That spells tax revenues for Chesterfield County. I am a former member ( not… Read more »

Frank I have heard the county and Shaw already have control of the fields. If memory serves the county is first in line in case of default and they recently stated they have a level of confidence regarding their secured colatteral. If we the residents of the county support the county in this business endeavor I feel it’s a win win for our community.

From the outside looking in it appears that Mr. Burton is a victim of his own grandiose plans. As the recent soccer tournament demonstrated – successful and profitable events can be held at the SportsQuest venue which are both great for the competitors and bring revenue into the county. Using the county’s help on the fields he could have solidified his financial position by focusing on promoting successful tournaments, showcase events and camps and then branched out into training facilities, sports academies, health and fitness facilities. There wasn’t a sports related business in Chesterfield county that he didn’t try to… Read more »

We are an established gym who lost members to SportsQuest. We would like to offer the old members to return at their old rates and any new members may join with the same contract rates they signed on with SQ. 804.276.0405 Wolfgangs Gym